Which governments bend over backwards to respect Sharia Law?


originally posted by: MEDIKATED
Im an atheist. The fact that most muslims believe that the U.S.A. should have Sharia law maybe one of many reasons that a muslim would be seen as unfit for any office in this country, but they are in office. The muslims have set up mosques and this is country belongs to them now. Its funny that some people say oh muslims are peaceful loving people, ok press one on facts of Sharia and their beliefs and see what You get. That's not being xenophobic that's being xenofactual.

I think around 70% of the country identify as Christian. This country does not "belong" to Muslims. It belongs to all of us.

For now. Can't dismiss that certain governments are already bending over backwards to respect Sharia Law.

And let it be known that, for the most part, most governments do not adequately represent the citizens that live there.


Oh I know, been watching Herr Merkel go at it for the past year. 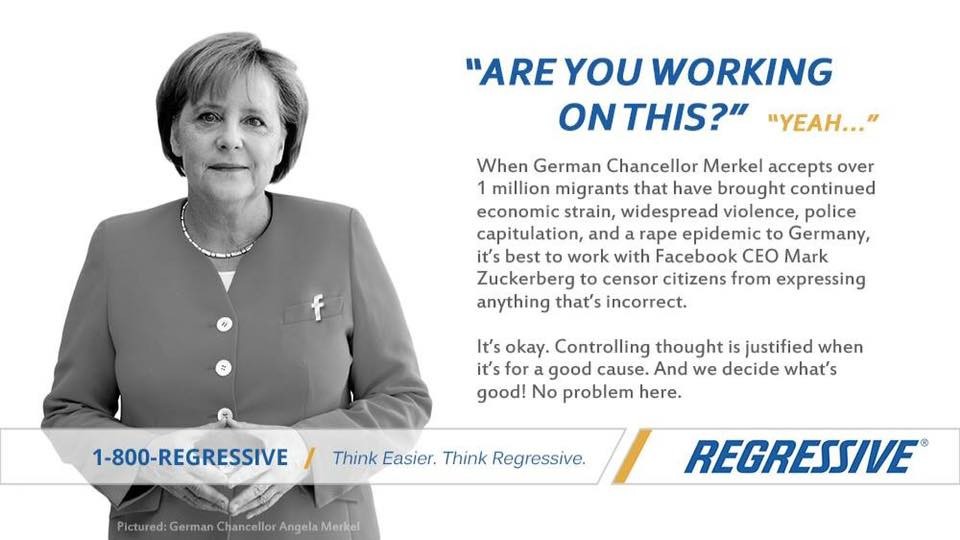 "Judeo-Christian Nation- As America is a nation under God, founded on Judeo-Christian principles, we affirm the constitutional right of all individuals to worship as they choose."

Kinda like the Texas GOP Christians think this is their country. They've been trying to convince us all that a theocracy under christian morals is what the founding fathers had in mind all along... even though many of them explicitly said that isn't the case.

Sharia law only applies to muslims, or countries where Islam is the established state religion. Our country has no established religion but according to a recent poll of about 30,000 republicans LINK a majority of them support making christianity the official religion of America, which is explicitly forbidden by the constitution that republicans are constantly saying is under attack by liberals.

Sharia law is not part-and-partial to Islam as it doesn't come from the Koran or from any proclamations of Mohammed. It's a cultural thing like Burkas.

Christians do not claim a country as theirs when they set up a church.


Then why are they trying to claim America as a Christian nation?

Polls say otherwise. Most Muslims moved here to get away from the Shariah law of their homelands.


According to the just-released survey of Muslims, a majority (51%) agreed that “Muslims in America should have the choice of being governed according to shariah.” When that question was put to the broader U.S. population, the overwhelming majority held that shariah should not displace the U.S. Constitution (86% to 2%).

These notions were powerfully rejected by the broader population according to the Center’s earlier national survey. It found by a margin of 92%-2% that Muslims should be subject to the same courts as other citizens, rather than have their own courts and tribunals here in the U.S.

Even more troubling, is the fact that nearly a quarter of the Muslims polled believed that, “It is legitimate to use violence to punish those who give offense to Islam by, for example, portraying the prophet Mohammed.”

By contrast, the broader survey found that a 63% majority of those sampled said that “the freedom to engage in expression that offends Muslims or anybody else is guaranteed by the U.S. Constitution and cannot be restricted.”

Nearly one-fifth of Muslim respondents said that the use of violence in the United States is justified in order to make shariah the law of the land in this country.

So, should this Muslim man be able to hold a chair in his Texas precinct or not?

originally posted by: Kali74
a reply to: Wardaddy454

Which governments bend over backwards to respect Sharia Law?

Read about the Sharia courts in the UK. On mobile at the moment so I cant link anything.

I don't care about that. I do care about the fact that they are trying to use his religion to block the nominee elected by the voters.


Good gracious it amazes me how many people get seperation of church and state wrong.

posted on May, 19 2016 @ 12:40 PM
link
Wouldn't Abraham be proud?? To see His seed fighting amongst themselves. It would take 3 days to figure out which tribe classifies as 'Chris†ian®' Do the Mormons® how about the Catholics®? 2 threads over they're typing the Pope isn't a "real Chris†ian" so if 'They' cannot agree on the CEO, then well, You Baptized?

I ask you again, do you think this Muslim man should be able to hold a chair in his precinct?

Next:
Care to elaborate on what your point is? Your first post was about "idiots defending Islam," which has NOTHING to do with

the fact that he is trying to use his religion to block the nominee elected by the voters.


HE who?? It was the Christian republican trying to block the appointment because—and only because—the man is a Muslim. (Note: the Muslim man was appointed by the GOP and gets approval from the council, so the "voters" didn't really elect this this man, from what I understand)


One, Its Christianity that doesn’t have any real foundation.

Jesus was a Jew

Christianity was invented out of the cauldron of 300 years of Roman history.

Its was NOT based on anything Jesus established: there’s no chain of tradition.

So this preacher is an idiot

Shariah is ONLY EXTERNAL religious law

EVERY religion has a Shariah or outward religious law

Christianity and Judaism have Shariah type laws as well

It is a word that means outward path

Christ teachings were far different than Jewish teaching mg s and Jesus even said he was here to break the law.

Oh I need to ask the majority of muslims in the state... that is what I asked since you said it.

Sharia courts that are not legally binding... it's like arbitration which by the way there are Christian courts and Jewish as well that are the same thing as Sharia courts.

From what I understand, they are not "courts" that operate independently of UK legal system per se but councils that exclusively handle issues related to religious law (such as divorce, custody, etc) that might not be recognized by UK law.

Hence, the councils arbitrate these issues but the councils are still subordinate to UK law (meaning they can't suddenly decide X person should be beheaded).

The point is religion shouldn't be involved with setting policy. Lets be honest this guy is not going to be barred for being Muslim. But at the same time I see people defending this man more for the sake of being Muslim rather than for the sake of fighting bigotry, otherwise the pastor would be the one being barred. It's a two way road.

I agree religion shouldn't be involved with setting policy in any instance; however, the fact remains that some people feel it *should,* like this Texas pastor as well as a LOT of other people—and only because this man, or someone else, is Muslim.

Once again: Since this man is a Muslim, do *you* think he should be able to hold a chair in his precinct?