This is just a observation about all media outlets. I realize that the entire agenda is to derail Trump. Ya know?

I mean I have never been in such a awesome presidential race in my life. This is fun, insane, stupid or the most radical change in the world.

Whats your viewpoints on Donald Trump? I dont care if globalist have been in touch with Trump. Im excited. I voted for kerry and obama (sorry about the obama vote).
This is fun. I mean i get it, the country is angry over failed politicians and smooth talkera. I'm cynical as well and believe that Trump cabinet will be a intelligent one.

But sure, listen to the media that is against Trump and all that he stands for. Opinions are opinions

If the media is against him that means he has to be all right. The media is the propaganda machine for the elite and world controllers so if they hate him whoopee do. Wish we had had a candidate like that over here.

He reminds me of a lot of blusterers, they make a lot of loud noise, some utterly unpleasant, but once they get down to it, often the bluster is merely a means of getting noticed and heard. How many politicians actually ever deliver what they way they will?

posted on May, 19 2016 @ 11:09 AM
link
Lots of people here have listen to Pink floyd "the wall". Now I'm not trying to compare the immigrant wall to the album at all. But if anyone has listen to the entire album, you'll realize that the entire track sounds like the political insanity that the u.s is going through right now.

Trump would be ok if he stopped the nonsense about the stupid wall and unworkable blanket bans.

Wall can be climbed, tunnelled or sailed around.

Far better ways to stop illegal immigration. Like enforcing the laws currently in place. That’s the problem no enforcement of current immigration laws.
Trump brings up real and pressing problems none of the other candidates want to touch.

Problem is he doesn’t think his solutions through very well, they are half baked.

Islamic extremism? A blanket Muslim ban is stupid as its unworkable. Religion is not stated on people’s passports is it? And you can lie about it. How do you stop Muslims from the UK or Canada coming in? You cant unless you ban travel from them. In fact you would have ban ALL travel from around the world! Better solution? Trump should have stated he was going to ban travel from extreme Islamic country’s like Syria, Saudi Arabia, Pakistan ect That is workable and I would 100% support for my own country!

The thing is Politicians have been promising to build a wall and enforce immigration laws for almost 20 years. Now that this is a central part of Trumps platform people are actually paying attention to it.

Same as Radical Islam, nobody wanted to touch the topic for the sake of being PC until Trump brought it to the forefront of the discussion. 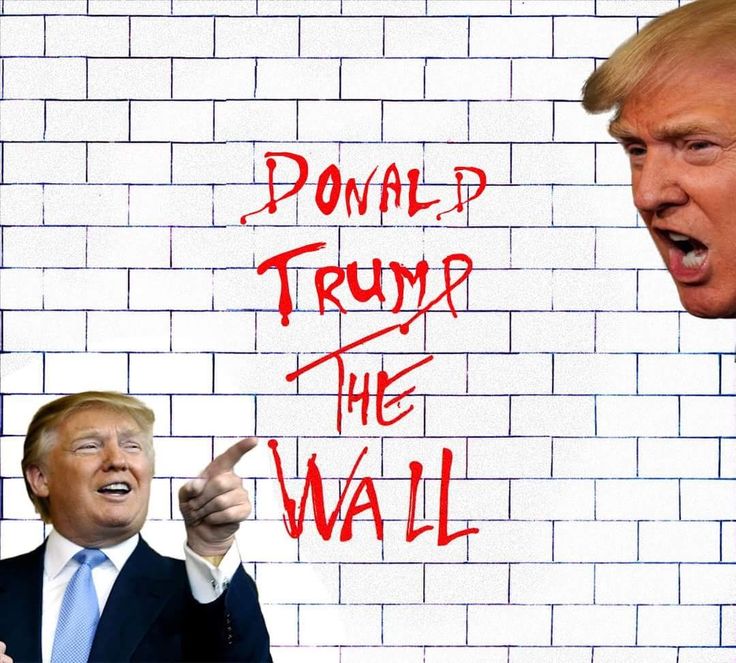 Yes those are issues that needed to be adressed.

But his methods to do it were unrefined and half baked.

Eg the Muslim ban.
If he had said he wanted to ban travel from high risk countrys. Then cool that makes 100%.
To say he was going to ban ALL muslims was a joke as it is 100% unworkable !

So much screaming means - dinosaurs are aloof !

posted on May, 19 2016 @ 12:15 PM
link
Trump admits his rhetoric was a basic vision delivered way too harsh but had to so he could win. I imagine a candidate would need to say some crazy stuff to be the leader of a republican race. It works for the democrats too. I think Trump is way more liberal on personal freedoms than Hillary, if anyone bothers to look.

posted on May, 19 2016 @ 12:24 PM
link
From what I can gather, Trump seems like an emotionally unstable, immature, irrational, narcissistic, ego-driven person. Unreliable, very liberal with facts and statements, can't deal with criticism or mockery in the slightest, sends him into a narcissistic rage where he starts personally insulting people in the most childish ways possible. When it comes to bringing some actual change in the upper echelons of government, I have little faith in him, too.


Doing so requires tact, intelligence, the ability and willingness to cooperate and get people on your side (he's not gonna tackle this alone, be realistic. the corruption is deeply embedded in the top and will be a challenge to remove. too many people have been in certain positions for too long and have gathered a lot of behind-the-scenes power. never underestimate the power the banking cartel has over the government, either), planning, wisdom, and the actual courage it requires to not just say offensive or weird things on Twitter and in the media, but to go against certain people and certain (corrupting) powers.

I really wonder what people see in him, seriously, this guy is a fit presidential candidate?! But whatever, we live in strange and dark times.
edit on 19-5-2016 by ExoticSpaceTiger because: (no reason given)

posted on May, 19 2016 @ 12:31 PM
link
a reply to: Jordan River
Media loves Trump. Loves him I tell ya. Trumptrumptrumptrump. And all those who have been waiting for an ultimate Washington outsider have found him. But it has been the media that has promoted this image. No NO NO NO. And conservatives say yes yes yes yes yes. The more the establishment said no the more the conservative rebels said yes.

posted on May, 19 2016 @ 01:03 PM
link
I periodically say that I won't vote for either. The I hear the cacophony of b.s. that the media is spewing out about Trump, and it makes me decide that may I will vote for him after all.

I do not like the man. I won't support him publicly. But it is very possible that I will cast my vote for him in November simply because the machine seems to hate him so much.

Maybe everything that is said about him is true, but if it is, it is at least ten times more true about Hillary.

Either their plan to denigrate Donald Trump is backfiring on them with me, or they are playing me like a cheap violin and manipulating me into voting for him because it's what they want.

This was my assessment as well.

I never could have imagined voting for Trump, but then when even his own party started trying to attack him I had to rethink my position. The fact that all the Establishment fronts, including the media are so united against this man makes him...well, interesting enough to vote for in November.

How many politicians actually ever deliver what they way they will?

Hillary will deliver us to the NWO.

So, if Trump can't deliver ANYTHING, it's STILL BETTER than the alternative.

Granted, we aren't going to stop our march to the NWO, but if we can at least put on the brakes a bit, why not?

And, if he actually gets elected, and gets even SOME of his plans done, it'd be awesome, but even if he gets NOTHING done, it would be better than the damage Hillary will do as POTUS.

a reply to: Jordan River

To show how completely out of touch with reality our USA media is, the United Kingdom is preparing to build a "big new wall" to help keep Illegal Immigrants out of that country.

I wonder if Donald Trump's administration will ACTIVELY punish some media outlets, or will it be done behind the scenes, via audits, fines, etc..?