Canadian Prime Minister getting ruff in the house

posted on May, 19 2016 @ 11:01 AM
link
I don't think he purposely elbowed the woman, since his back was to her. Also from what I've read the people who are blocking the MP are from the opposition NDP party.

posted on May, 19 2016 @ 12:25 PM
link
So one group was acting like a bunch of children stopping one guy to get through, the woman obviously laughing about it, and when he gets over there to help the guy get past, instead of giving him room (and acting like adults) they crowd around him and then get mad??

Bunch of buffoons running this country. I hope they got their snack taken from them and didn't miss nap time.

posted on May, 19 2016 @ 12:39 PM
link
I saw this story all over the place today, and barely a footnote about the plane crashing from Paris en route to Egypt.
This is like tabloid, National Enquirer, TMZ crap. OMG. I never voted for the guy, because I still hear my mother's voice ringing in my ears about ol' Pierre Elliot and how he screwed us all..BUT, after seeing Justin lose his temper and intervene in a heated debate, he now has my respect. Why? Because he acted human. Every damn one of those MP's are cursing his actions for not being "perfect". Sickening. We all lose it, every one of us. You cannot expect people to remain calm, level headed, and act professional 100 % of the time no matter what the status or position. That's unrealistic and says more about you than the person you condemn. It's downright sad and ridiculous that the media jumps on this and makes it front page news. We of all people should see this for the distraction that it is.
for the record..I didn't see any "manhandling". THIS IS MANHANDLING. 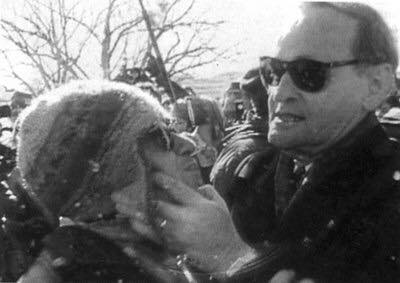 Somebody get a cream pie and show these reporters how it's done./ rant off

That video is too much lol.
I dont believe that every bleep that was on that video was Justin peppering the entire interview with obscenities.
That was a very heavily doctored video lol

LOL i knew it! i checked that video link's source and everyone's saying that was not how the interview went.
Trump doesnt even talk like that lol

posted on May, 19 2016 @ 04:18 PM
link
After watching this a couple times it really does look like an exaggerated response by the women who got "elbowed", she must be a graduate of the Jim Carrey school of acting.

I was on the fence about Trudea, but more and more after the last couple months I and find myself detesting the man, so I was more than pleased at first after watching this the first time. However, check out the complete immaturity of the NDP members purposefully blocking the Conservative member, they are even laughing about it.....these are your members of parliament acting like 10 year school children on the playground !

The other thing I noticed is right around the 39 second mark, the one member of the NDP in the black suit and grey hair see's the PM coming and finally moves out of the way like the gig is up, the elbowed women instead almost seems to jostle up to the PM from behind.

Now I'm not sure about parliamentary rules(got bored after looking them up for 20 mins), and don't know if he could or couldn't walk on the other side of the aisle. Keep in mind though that everyone on the left aisle is the governing Liberal party, and everyone of the right side are the opposition parties. Maybe he was playing along with the NPD as well, trying to delay the vote, or maybe he refused to give in by walking around while the NPD acted like kids, hard to say ? Kind of funny though the more I think about it, a "Left Winger" comes to the aid of a "Right Winger" being picked on by a group of "Far Left Wingers".

originally posted by: Konduit
I don't think he purposely elbowed the woman, since his back was to her. Also from what I've read the people who are blocking the MP are from the opposition NDP party.

A pair of what, personalities? As in maybe inherited bipolar disorder? Mental illness is generally hereditary (unless trauma induced) and I doubt that silver spoon hurt too much.

posted on May, 20 2016 @ 05:28 AM
link
Here is a video link presented by our national news station...hopefully somewhat less doctored.
LINK To VIDEO
You want to know what I see? I see a bunch of children using playground politics by blocking somebody from passing, and waiting for the teacher ( Trudeau) to intervene, and then whining like babies over an accidental elbowing when he does.
Trudeau is not to blame at all. The NDP are showing their true nature and Mulcair should be the one apologizing publicly for making a mountain out of a molehill, and turning what should have been a serious discussion between professional adults who are in charge of running this country into a public school recess incident. Trudeau took the high road (sorry mom, I choked on that a bit)...and Mulcair should be getting the public lashing.


originally posted by: Konduit
I don't think he purposely elbowed the woman, since his back was to her. Also from what I've read the people who are blocking the MP are from the opposition NDP party.

A pair of what, personalities? As in maybe inherited bipolar disorder? Mental illness is generally hereditary (unless trauma induced) and I doubt that silver spoon hurt too much.

So now the guy has a mental disorder because he has to play dad to a bunch of grown-ass people behaving like children?

When you waste time in the house, you waste Canadian tax dollars.

The man handled it with far more class than I would've.

The real criticisms I have here is that Brosseau played the victim over an accidental blow. An elbow that showed less impact that I have gotten from random strangers trying to get off of a bus. Then you have moron MuClair waving his finger around shouting "YOU ELBOWED A WOMAN! YOU'RE PATHETIC! YOU'RE PATHETIC!!!!!".

Maybe she should've let the man do is job and stop wasting the entire country's time; it would've been a good way to avoid being forcibly moved the hell out of the way, no?
edit on 21-5-2016 by DeadFoot because: (no reason given)