Our last winner Swanne, with a little help from the board has chosen the following theme:

Around a Camp Fire 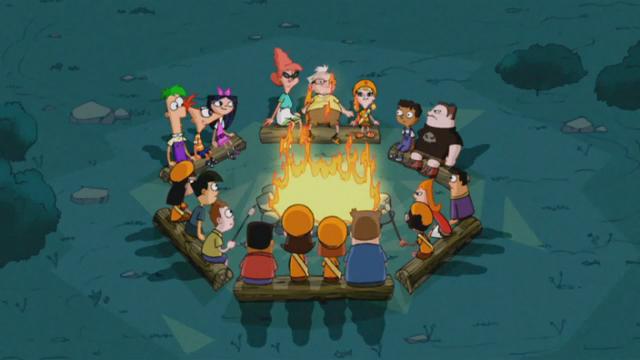 The idea is simple - A story as told by one (or more) character(s) sitting around a campfire, and the story must be narrated by the character(s). There must also be some kind of interaction between the narrating character and his audience around him/her (even if it's just verbal) - just like around a real campfire.

What comes to my mind is things like "Are you Afraid of the Dark" but with more interaction among those telling and listening to the story.

The contest will run from NOW to Wednesday June 15th.
(Any submissions after that date will be disqualified.)

A period of ONE WEEK after the closing of the contest will be provided for voting.

All entries MUST include [ACF2016] in the title.

All entries must be linked in this thread, and you must include [writer] or [non-writer] in your submission post within this thread.

There is no minimum or maximum character count, and the entry can be submitted over one or more posts, but please bear in mind that it is a SHORT STORY contest!

There will be 3 winners among members who already have "Writer" status, prizes as follows:

There will also be 3 winners from the non-writer category who will receive the following:

Oh ok, that's a really good premise for a story. I think this is going to be another great contest.

Here's hoping it will be .

Sounds like a fun competition!
I may not participate in this one but I will definitely be ready the entries.

I won't be participating but I definitively look forward to reading your stories!

posted on May, 16 2016 @ 10:37 AM
link
Doubtful that I will participate, but I really needed to comment on the contest idea
As a lover of both campfires and stories, this one will keep me logging in to read submissions.

Here is my entry.

Sounds like all kinds of fun. Maybe I will try and write uppa a little a sumptin', no?

I know you have a good one brewing!!!

I have a idea for you.

As we gathered around the camp fire Jill started to tell a creepy story.
Start!
It was a dark stormy night, our campfire kept us all warm, the hook was still on the door handle.
End:
Jill was the the killer the whole time!

However, I hope it does not get disquailified for not adding Your 'Writer' or 'Non-Writer' Status here, (above) where You linked the Title!!

EVERYONE Please DO NOT FORGET to add that Status to Your links here!!

I'd hate to see anyone loose their Place in the "Greatest Writers of ATS" Thread!
(Hmm, I don't think there is one yet(?)...

Good choice for this Contest Swanne! I may enter this one.(?)
Was way too sidetracked by real life for the last one...
I hope You change Your mind and enter this!!