posted on May, 3 2016 @ 11:20 PM
link
There's no getting around it, society can be a difficult place for many of us, even the most law-abiding and motivated amongst us. Yes, there's something to be said for studying and/or working toward a better future, but many fall through the cracks. Making one's way back after falling down due to a variety of unfavourable circumstances can make life even more difficult, and some people never find their way back. Society can be unforgiving, which is why I was happy to come across this article on my daily news search. 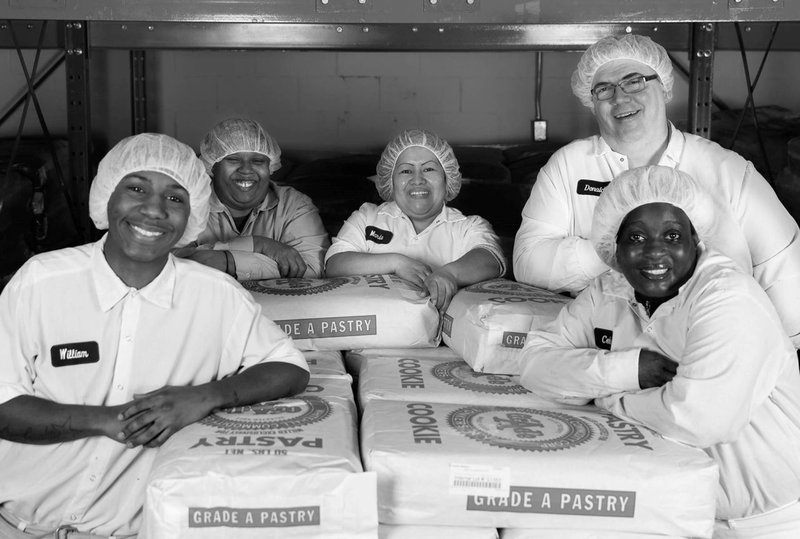 Greystone Bakery in Yonkers, New York, has an open-hiring policy that invites residents to apply regardless of social status. your immigration status, criminal records, drug records, or even prior work experience is not the focus, so much as sincerity, dedication, and a strong work ethic is. this bakery churns out 30,000 pounds of delicious brownies ob a daily basis for Ben and Jerry’s ice cream, as well as for the grocery aisles at Whole Foods.

Greystone Bakery’s social-justice policy was founded on the philosophy of Bernie Glassman, an aeronautical engineer who went from expanding the physical knowledge of the skies to expanding the horizons of the self and ind by becoming a Buddhist monk. Glassman founded the bakery in 1982, and has been an inspiration to employees ever since. 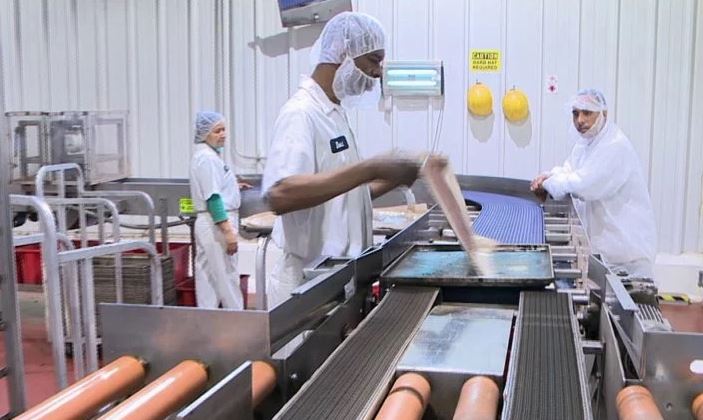 Being a convicted felon is certainly not considered an advantage on a CV, and it is really pleasing to find somebody willing to allow people the opportunity to prove themselves worthy members of society.


Critics have also expressed consternation about the bakery having felons for employees, a concern which Brady is keen to dissolve. “We don’t think about it that way,” he says. “We think about it in a way that, whoever it is that’s going to be coming through those doors deserves the same opportunity as someone else. And to place judgement on that person because they might have been a felon would skew our opportunity to perhaps find a very good employee.”

According to the Bureau of Justice Statistics, about two-thirds (67.8%) of released prisoners were arrested for a new crime within 3 years, and three-quarters (76.6%) were arrested within 5 years.

Anything which can help stop recidivism is not a bad thing, and providing meaningful employment will certainly help those who may desperately need it, but may be finding it very difficult.

posted on May, 3 2016 @ 11:25 PM
link
It's good to give people who get out of prison a job but I am not sure that a bakery is the best place. They could get their hand in the cookie jar there.

originally posted by: rickymouse
It's good to give people who get out of prison a job but I am not sure that a bakery is the best place. They could get their hand in the cookie jar there.

It's not that they put their hand in the cookie jar, but... I hope they wash their hands after using the toilet.

Problem is that once you have a record people become suspicious of you action and intentions. Plus you don't know why they were in prison (was the crime they committed an accident, you don't know the surrounding facts to draw a conlusion or make a judgment)

posted on May, 4 2016 @ 08:42 AM
link
There is a place here in Chicago called Felony Franks. They sell hotdogs, burgers, etc. Most of their staff are convicted felons too. The owner started it because one of his best employees was a felon he took a chance on many years ago. There is also another restaurant called Inspiration Kitchen that does something similar. They hire felons and clean drug addicts and teach them skills for work in the restaurant industry from being a chef to managing restaurants.

I have no issues with private businesses lending a helping hand to help those in need. However, the owners are taking on a HUGE risk. If just one of these guys goes off the rails and either harms another employee, customer, etc they business owners could face huge liability lawsuits for knowingly hiring people with questionable backgrounds. Lawyers would have a field day.

I work in the finance industry and under no circumstances could we hire someone with a felony conviction. It is hard enough policing the fraud already by people with clean backgrounds. I could see the fine handed down now if a bank hired a known felon and they started stealing IDs, etc.

Problem is that once you have a record people become suspicious of you action and intentions. Plus you don't know why they were in prison (was the crime they committed an accident, you don't know the surrounding facts to draw a conlusion or make a judgment)


If they don't want a second chance, I'm pretty sure they're not going to apply for a job.

Further it's easier for them to relate with ex-cons, I'm sure. If there's peer pressure from their co-workers to work hard and arrive on time, then I'm sure that the majority of them are going to do just that. A job at a bakery gives them an opportunity for a structured day of work, with set break times/areas. Not to mention not dealing directly with the public.

If I'm not mistaken, the majority of people in the system are simple drug offenses, not necessarily violent offenses.

An opportunity to succeed keeps them off of the foodstamp and welfare line, which is a great accomplishment in itself, and just what the majority of us would like to see. What is the acceptable alternative, if this isn't a good idea?