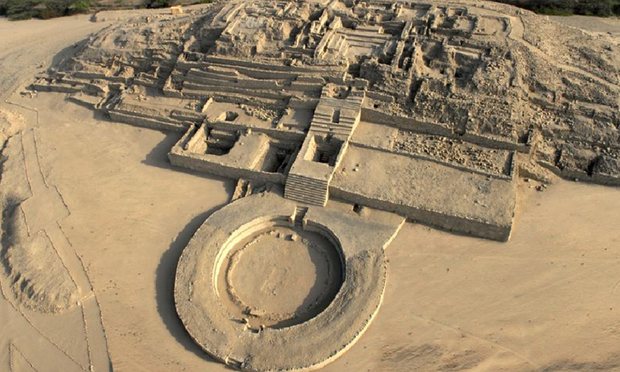 Archaeologists say the mummified remains, found near one of the oldest cities in the Americas, probably belong to a noblewoman aged 40 to 50

Archaeologists in Peru have discovered the 4,500-year-old mummy of a woman buried near one of the most ancient cities of the Americas.

Dr Ruth Shady Solís said the mummy was probably a noblewoman who died aged 40 to 50 years old and was buried in the coastal ruins of Aspero, about 14 miles away from Caral, a city with some of the most ancient pyramids in the Americas. Both sites stand about three hours north of the modern capital of Lima.

The mummy was buried with carved objects of monkeys and birds, which Shady Solís said suggested possible trade between the coastal town and Caral, a larger inland city. Shady Solís deduced the woman’s social status from the value and diverse origins of the objects around her: seashells, carved desert birds and designs of jungle monkeys.


I was wondering if the area around Caral would eventually give up some royal mummies from its earliest period. it's been a long wait but here we have one. The area in question is a rather strange location that I've posted on several times here over the years. It's nice to see that research is still progressing and new finds are coming to light.

Trade and cooperation appear to be the driving forces that created this community not war and resource competition as what many over the years thought drove the foundation of our earliest civilizations.

There is much we can still learn from our ancient predecessors...
edit on 26-4-2016 by SLAYER69 because: (no reason given)

posted on Apr, 26 2016 @ 05:06 AM
link
Slayer, your brain must be awesome. You must just kick back sometimes and think about everything you know regarding the ancients.

posted on Apr, 26 2016 @ 08:27 AM
link
a reply to: SLAYER69
Nice find Slayer. Hopefully, more info will come to light as they get deeper into this one. I'm a little suspicious of the "gender equality" statement being made from one find. I'd like to see more evidence for that, and whether or not it held for all classes, or just the nobles and royals. 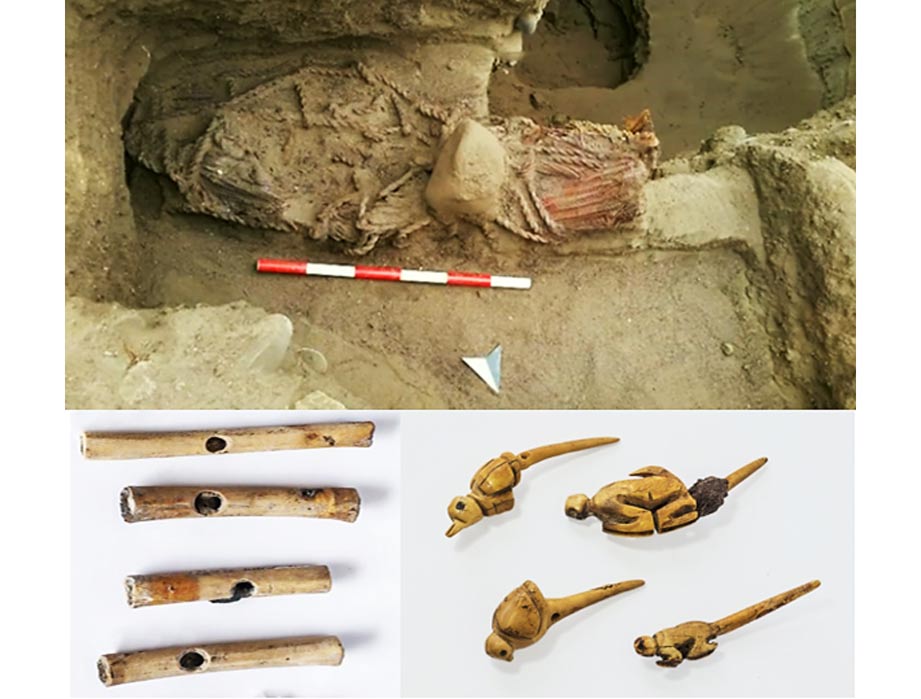 posted on Apr, 26 2016 @ 03:11 PM
link
This civilization had great knowledge “smart ones” that we could again learn from for today.

Dig a little, learn a little:
“Caral is famous for the ways its engineers developed the complex city using basic tools, representing inspiration to current world leaders and engineers trying to tackle climate change. The city incorporates sunken amphitheaters, pyramids, and underground ducts that once channeled winds to keep fires burning (globalpost.com). Moreover, Caral is situated in a seismically active area, and engineers of Caral innovated the use of flexible foundations called “shicras” to stabilize structures in the city. “
pages.vassar.edu...