What's your take on this encounter?

posted on Apr, 25 2016 @ 02:52 PM
link
When I was 9 years old the secluded neighborhood I lived in had a story about the black man that would come out of the woods at night and take kids. We assumed it was a black guy in a van kidnapping kids. It scared us all. We never played in the woods and there was a good 15 kids in our neighborhood.

Fast forward 14 years and my husband and our 7 and 4 year old kids move into that neighborhood. The first night there we slept in the livingroom on a futon next to the window. About 15 feet away was the laundry room also with a window on the same side of the house. I remember waking up as I was standing up and turning towards the laundry room and there was a dark figure in the doorway with a very bright light shining in the window, but not in the window next to our futon. I didn't panic and the feeling came to me that its all ok then it was morning and I woke up. I thought wow that was a messed up dream and didn't think any more of it.

fast forward again 7 years and we have moved a few states away and my 7 year old is now 14. She is a very level headed kid and wouldn't have made this up, even 3 years later she still says it happened but she says it had to be a dream. Anyway I was telling my husband the story and she said omg I had the same dream like 4 times about that thing standing in the laundry room door. Same as my story she remembers the bright light and seeing it then waking up the next morning.

Our house was up against the woods and nobody lived back there for a few miles cuz it was a swampy wooded area. Soon as she said she had the same experience I thought of when I was little and the story of the black man and how it prolly wasn't a man at all but that entity.


Just wondering what everone thinks? I have not talked to anyone about this and would like to hear of similiar stories so I can stop freaking my self out.

edit on 4 by Mandroid7 because: (no reason given) 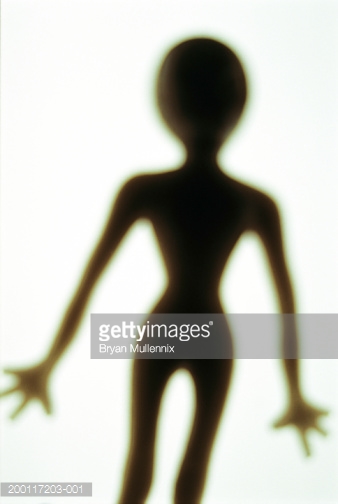 In the small town where my parents grew up the kids were warned not to play too far away or anywhere stupid like in storm drains and such because a non descript monster called "the muftie" (they pronounced it moof-tee) would get them. I gather its common to scare them into staying close.


If i had a "dream" like that then way after the fact found out that this might have been a real guy peeping at the dirty laundry and who mostly seemed to run into my daughter when she was half asleep my first reaction would probably be to vomit rather than entertain the notion that the local folklore might have been true, which wouldn't have been any better. Either way, perhap security cameras, and an alarm or even just a stout family dog or two might have been wise investments.

The Russians call him "Baba Yaga":


Some people who have suffered from sleep paralysis have reported entering a state of uncontrolled lucid dreaming. In this state the instinctual mind of the dreamer seems to take over, often subjecting the subject to the most intense of nightmares or 'night terrors.' In such a state the subject can interact with the real world around them, sleep walking, opening doors and turning on lights, however their reality is populated by concepts of the dream. It should be noted that one of the most common forms of this dream is the 'Grey Stranger' where a undefined shadowy presence is reported to torment and torture the subject. This form of dream was first recorded by a Roman Emperor and is so ingrained in some cultures that the Russians have named the figure Baba Yaga or the Old Grey Crone (Witch). It is widely believed amongst most serious researchers of UFO's and Alien Abduction that this is the explanation behind the reports of 'Grey Alien Abductions.' It should also be noted that this experience should not be taken lightly, the dreams are utterly real to those who experience them and the paranoia created by this apparent sudden shifting in reality can leave subjects with very real emotional reactions. In some of the worse cases it has left sufferers with PTSD or even driven them to suicide. Many of those who have repeatedly suffered from these experiences suffer immense sleep deprivation which in turn can cause the manifestation of further mental stress.

At least there was no torture or torment by your shadowy figure, others have it worse, but apparently, the dreams can seem very real.

What town did you say you lived in.? It was spookville wasn't it?

originally posted by: Trickey280
No it looked more like this but with the arms just hanging there. It's similar to this but not exact.

Congratulations, you are part now of the select "abductees" club. That being wasn't there just watching, you know? They're methodical and task-driven.

posted on Apr, 28 2016 @ 01:54 AM
link
In my neck of the woods he is called... else caveron.... Or el cavron.
The latter is worse... as it me means with out shame or honor. But not in the classless sense.
But in a more sinister and spoooooky meaning. He lingers in all places where children gather. Save only the church. Go figure...
But he doesn't kidnap them. He takes them to where we would call a maze. And leaves them. There... no one can find you... Or see you... Or hear you. Your on your own. Not lost .... But trapped.

When you die you mysteriously are found. But the deaths are different. Some for shock... and some from exhaustion.

When you go to play.... They say "do not call your friends by their names." So... we're all given Nick names. LOL.

posted on Apr, 28 2016 @ 08:57 PM
link
Its interesting how so many places and cultures have myths of beings who abduct people... like all those ancient faerie myths.