posted on Apr, 24 2016 @ 04:20 PM
link
At about 11pm on Saturday, April 23, an 18 year old ex-student of Antigo HS attacked the school's senior prom. He shot a young man and woman outside the entrance to the school, wounding them slightly, before being mortally wounded by local police who were already patrolling the scene. Shooter IDed as Jakob E. Wagner of Antigo(150 miles north of Milwaukee). His plan was allegedly to shoot a lot more.

www.weau.com...
... interim district administrator Donald Childs tells The Associated Press he believes the gunman planned to enter the prom and start shooting randomly.
...Wagner had approached the school with a high-powered rifle and a large ammunition clip.

Motive is unknown, although he reportedly recently broke up with a girl who was a student at the school.

Pic of the mischievous imp:

I'm glad the cops killed him.

My community has been talking about this thru out the day as more info has been released.

Such a sad thing.

Parent's have it alot tougher these days. Hell, ya can't even let your kid go to prom without having to worry about some nut.

Mental illness within our society seem to be getting worse. Violent video game etc..........

posted on Apr, 24 2016 @ 04:58 PM
link
I'm glad the police were there to put this to an end. I can't even imagine what could be so wrong that you'd want to shoot up a bunch of people. I've always had guns and like anyone else I've had some difficult times in life but I've never had the desire to do anything like this.

The most common thing to drive a man insane is a woman.

This guy looks about how you would expect a school shooter to look. I am sure he had many reasons in his messed up brain to hurt these kids.

I'm amazed the police actually killed him. I guess their policy of taking mass murderers through Burger King is no longer the norm.

The police kill everyone these days.

It doesn't matter what color, religion or affiliation you have anymore. It only matters if you have money. The police state of the United States doesn't discriminate anymore. 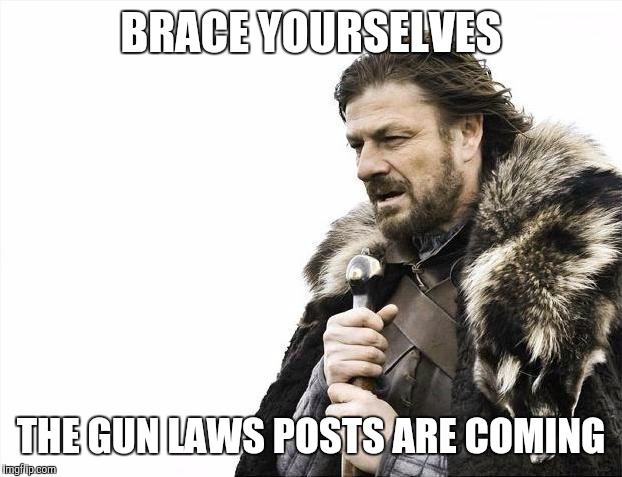 The most common thing to drive a man insane is a woman.


And these days a close second is an antidepressant.

posted on Apr, 24 2016 @ 07:38 PM
link
I also live near Antigo and about 10 years ago I did live just outside of Antigo for approximately one year. I am surprised considering how remote this community is in comparison to the southern half of the state. however I am not shocked, because no one is immune to the sickness and violence that plagues society today. Everyone needs to be aware of that fact. reply to: starviego

Video games have absolutely nothing to do with this. Mental healthcare being seen as something that only sick people involve themselves with, not to mention the fact that the services offered to those who do have problems are often beyond poor, ineffectual and managed with all the professionalism of a frat house kegger, not to mention less well funded, is closer to a reason for all this madness of late.

In short, lead is cheap, drugs are not. Until that trifling fact is brushed aside, as it would be in any sane society, to the point where mental healthcare is not only freely available and carries no stigma, but also until certain illnesses are found BEFORE an issue arises, rather than after, this crap is going to happen, computer games or no. Pixels did not do this.

Glad they got him, I cannot stand people who wish to take innocent lives in their twisted form of justice and morality.. And remember all of you who are condemning this act, are the same ones called bigots when you condemn Islamic extremism.. I'm just waiting for the day when taking a leap of faith is considered mental illness, because it is.

posted on Apr, 24 2016 @ 09:51 PM
link
Is this person real, or is this a planted 'witness' to demonize the alleged gunman and make sure the story goes in its assigned direction? Note all the usual buzzwords.

www.wausaudailyherald.com...
The man who shot two students at Antigo High School's prom late Saturday had been bullied since at least middle school and had expressed an interest in guns, according to a former classmate.
"He was bullied a lot," said Emily Fisher, 19, who graduated from Antigo High School in 2015. ....
Wagner would talk about guns and weapons, and made replicas of them in art class, according to Fisher. .... Wagner's behavior was concerning to her. "Ever since we were younger, he was one of the kids you kind of watched out for," Fisher said..... "If someone was going to shoot the school, we thought it was going to be him."

I'm sorry but that's smearing it on a bit thick, don't you think?

www.nbcnews.com...
Donald Childs, administrator of the Unified School District of Antigo, .... said Wagner was a "student with a disability" who had graduated from Antigo. He was working for what Childs described as a "community-based support/transition agency" that paid him to volunteer in Antigo's art department.

"So he was frequently in the school," Childs added.

Ahhhhh! The ol' community-based support/transition agency! Translation: Your tax dollars paid for this kid to have his head shrunk, plied with pills, and then sent back to the school where he had been bullied. Next we'll find out the military had trained him on his weapon, you watch.
edit on 24-4-2016 by starviego because: (no reason given)

Appears to be wearing a band uniform?

Should have spent more time at the range and less playing with his trombone.

Sounds like typical adolescent angst and jealousy this time.

First time I've heard of someone shooting up a prom.

posted on Apr, 24 2016 @ 11:12 PM
link
Someone is winding these people up.
I DON'T know how it LOOKS like SSRIs possibly backed by mag res from cell phones.
SOMETHING is making these kids flip out.