posted on Apr, 23 2016 @ 02:05 AM
link
"A bum-breathing turtle that helped bring down a controversial
Queensland dam project is now bringing farmers and conservationists
together. 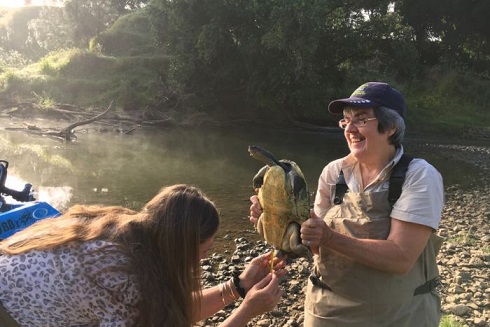 Measuring the tail and inserting a mint .

In 2009, the then federal environment minister Peter Garrett ruled
against the construction of the Traveston Crossing Dam in the state's
south-east, as it posed a threat to a number of endangered species
including the Mary River Turtle, Lungfish and the Mary River Cod.
The turtle was discovered in 1990, and a new genus was created
to classify the unique species.

A cloacal ventilator, it breathes oxygen through its anus.

The banks of the Mary River are all privately owned, which means
Ms Connell must have the cooperation of landholders to do her work.
The data she collects will be used to help inform them about the
health of the river, which is a critical water source for horticulture,
graziers, dairy farmers and canegrowers. 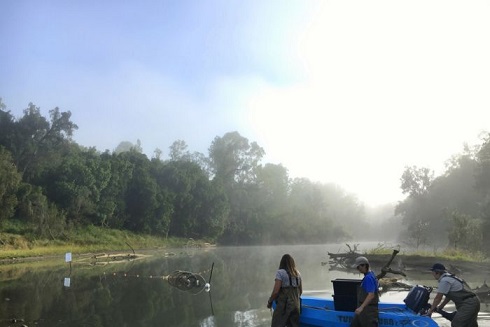 Measuring the lack of air quality ,
... and inspecting a trap

There are five nets in this section of the Mary.
The team also monitors nesting and eggs, and landholders carry out
fox and dog baiting programs to prevent predation.

"Some people are really supportive and have changed they way the
way they manage [their land]," she said.

"Keeping the cattle off the sandy bars when the turtles are nesting,
revegetating, controlling some of the weeds."
www.abc.net.au...

"Save the bum breathing turtle" , ,
I hear you say .
And certainly a noble cause .
Maybe politicians are part of this genus
... the similarity is spooky

I've never heard of such a thing, but I can believe it if it lives in Australia.