Maybe its because i have been doing 3d animation for 25 years that i can instantly tell, but i'm still perplexed that the Op and others cant tell this is fake.


Wow...Have you been reading for 25 years too?
Because I cant see anyone above saying it was real...


Maybe its because i have been doing 3d animation for 25 years that i can instantly tell, but i'm still perplexed that the Op and others cant tell this is fake.


Wow...Have you been reading for 25 years too?
Because I cant see anyone above saying it was real...

First sentence "if this is real"

the " submarine carrier " concept has been tried and failed

thats why all subs lauch nowadays = missiles - that are not recovered

I would bet good money that someone is working on submarine launched UCAVs.. That, my friends, is the future.

USAF wants an underwater drone.
edit on 19-4-2016 by cavtrooper7 because: (no reason given)

originally posted by: CovertAgenda
a reply to: 3danimator2014
First word "if"


Yes. That word if implies that the person saying it doesn't know for sure. Which brings me back to what I said...
Shall we carry on?

1.
introducing a conditional clause:
synonyms: on condition that, provided (that), providing (that), presuming (that), supposing (that), assuming (that), on the assumption that, allowing (that), as long as, given that, with the provision/proviso that, with/on the understanding that, if and only if, contingent on, in the event that, allowing that
"if the weather is fine, we can walk to the village"
antonyms: unless
on the condition or supposition that; in the event that.
"if you have a complaint, write to the director"
(with past tense) introducing a hypothetical situation.
"if you had stayed, this would never have happened"
whenever; every time.
"if I go out she gets nasty"
synonyms: whenever, every time
"if I go out she gets nasty"
2.
despite the possibility that; no matter whether.
"if it takes me seven years, I shall do it"
3.
(often used in indirect questions) whether.
"he asked if we would like some coffee"
synonyms: whether, whether or not
"I wonder if he noticed"
4.
expressing a polite request.
"if I could just use the phone, I'll get a taxi"
5.
expressing an opinion.
"that's a jolly long walk, if you don't mind my saying so"
6.
expressing surprise or regret.
"well, if it isn't Frank!"
7.
with implied reservation:
and perhaps not.
"the new leaders have little if any control"
used to admit something as being possible but relatively insignificant.
"if there was any weakness, it was naivety"
despite being (used before an adjective or adverb to introduce a contrast).
"she was honest, if a little brutal"
synonyms: although, albeit, but, even though, even if, despite being, in spite of being, yet, whilst
"a useful, if unintended innovation"

1.
a condition or supposition.
"there are so many ifs and buts in the policy"

now refer to your statement 'but i'm still perplexed that the Op and others cant tell this is fake. ' and 'That word if implies that the person saying it doesn't know for sure' ... your 'imply' misses the point of the conditional 'if'

posted on Apr, 21 2016 @ 12:19 AM
link
a reply to: ignorant_ape
I realise that conventional aircraft carriers do this, but 25-30kts is quite different to the 450kph cruise or 550kph max speed of (for actual example sake) a Lun-class eckranoplane. Could just loft up an airplane like a kite... no need for a catapult....

originally posted by: cavtrooper7
I think the next step in carriers will be submersible .

The Russians already got a project for such a thing but it never went any further than the scale model : the typhoon submarine aircraft carrier 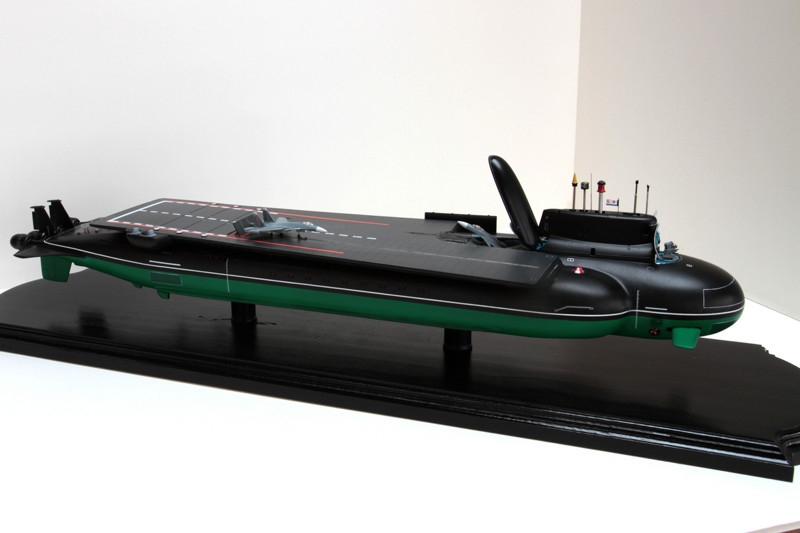 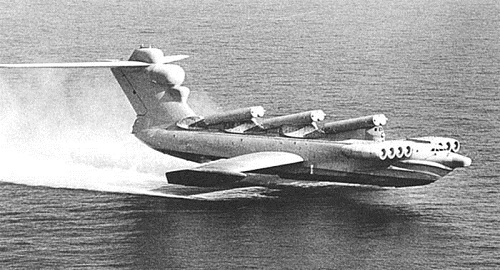 And what the Soviets errr Russians are talking about now...

Interesting but there is a reason hovercraft are prefered to ground effect vehicles.

posted on Aug, 27 2016 @ 06:51 AM
link
I realise that conventional aircraft carriers do this, but 25-30kts is quite different to the 450kph cruise or 550kph max speed of (for actual example sake) a Lun-class eckranoplane. Could just loft up an airplane like a kite... no need for a catapult
edit on 8/27/2016 by semperfortis because: (no reason given)

A Lun Class Ekranoplan has a wingspan of 144 feet, and a length of 242 feet. Going with a Yak-130, which is on the small side, you're looking at a 32 foot wingspan and a 38 foot length. With a 242 foot length, that includes cockpit and tail, so you looks some room, at best you'd get 4 aircraft, with almost no room for things like takeoff, and certainly not for landing. The Ekranoplan isn't nearly big enough to carry other aircraft.

Even the giant Boeing concept aircraft wouldn't have been nearly big enough, nor have anywhere near the cargo capacity to sustain even a handful of planes for a couple sorties each.

By the time you reinforce the area they land on the arrestor hook systems the fuel for the planes and the weapons to put on the planes you've completely maxxed out the theoretical carrying capacity and then some...

This doesn't even get into the aerodynamic penalties you'd pay by trying to slap a flight deck on the damn thing or the dynamic balance issues to deal with considerable weight worth of aircraft moving along the outside of your giant aircraft...

Zaphod will tell you that the one thing you really don't want is even relatively light cargo shifting in an uncontrolled manner.

Now if you want to see a really amazing blast from the past real life flying aircraft carrier look up the Macon and the Akron. They were a two ship class of rigid airships that really did carry a small cadre of aircraft launched and recovered from a trapeze assembly hanging under the airship.

The entire class was commissioned and lost in accidents in under 4 years. However at one point one of the airships and it's onboard aircraft complement flew out from what is now Moffett field and managed to locate the cruiser ferrying the president back from Hawaii and even drop him newspapers before heading back for home!

posted on Sep, 10 2016 @ 05:19 AM
link
I think ecranoplanes should be the long range commercial transport system of the future, crashes would be irrelevant.