Here's an interesting quick little read I thought I'd post for you today. 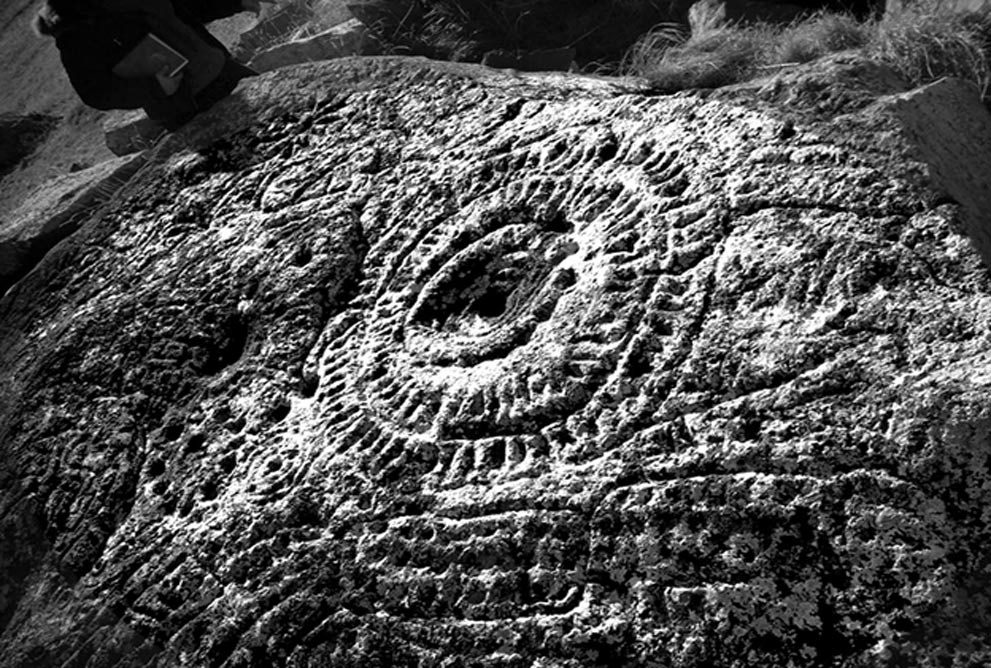 I love little finds such as these and of course trying to decipher what they meant. In any case, these types of ancient remnants were left for us, yes, I fully believe that. They were left for someone to see in their distant future. Many ancient cave art, Mounds, Megalithic constructions etc etc etc were in my opinion, meant to be seen by others, We are those 'Others'

If I were to create a time capsule and bury, I'd wonder how long would it be before someone would stumble across it and would they understand it's meaning?

Here we have yet again, another ancient remnant left for us to decipher.

Many Armenian scientists have studied these unique ancient astronomic centers and their stellar maps, but historian and archaeologist Harutyun Martirosyan came to conclusion that the ancestors of Armenians, while worshiping the heavenly bodies, recognized several important quantitative and qualitative patterns of the celestial world.

Accordingly, it is clear that the heavenly bodies that were carved into the rock were based on accurate observations, that thousands of years ago our ancestors have differentiated not only the sun and the moon, but also planets, stars, and constellations which were separated into respective images and symbols only in the third millennium BC.

Obviously, ancient man not only noticed, but also depicted the movement of the stars that helped them to clearly understand and mark day and night, and the passage of time—seasons, days, even hours. Our ancestors differentiated the long, medium and short days based on the movements of the near and distant stars and planets.

posted on Apr, 17 2016 @ 11:25 AM
link
I think the key to understand some of these carvings, is to look at what was important to them at the time. The carvings may well say "When the sky looks like this, it's time to plant" Or they may have used the signs to get ready for herd migrations and hunting season.

posted on Apr, 17 2016 @ 11:27 AM
link
Some of the most interesting and detailed I have seen. Love when it is found in unexpected places.

I live in an area that has one of the largest armenian populations, out side of armenia, and have many armenian friends.We in Cal. can thank the armenians for our position in the world grape industry. And the Armenian consulate has helped with the restoration of a historic building, downtown, that houses their office.
Yet, outsiders know very little about armenia's ancient history.
I'll be glad when the country turns away from it's bully buddy, Russia, that association will only lead to difficulty and more hardship for the Armenian people.
Enough of my Hye rant,

In my heart i am tempted to put the origins of the calendar at the older date, while the rock art itself, is likley to be much younger.
It is is likely reflective of a limitation in the tools and media, but some of the symbology on the rocks is very similar to that of work in other areas and times.

posted on Apr, 17 2016 @ 12:13 PM
link
Just another ancient people's mapping out the solar system, and Stars in their galactic circuit.

Amazes me how much our ancestors revered the planets, stars, celestial positioning.

There is an external element to it; calculating seasons on Earth, positioning and movements of the neighboring planets which may affect one another; EQ, tide (moons), or even the winged planets which carry debris.

There is also the missing piece to the puzzle (for most), the internal element of the heavenly positioning.

Not to derail the thread, as my practice, disciplines, research and studies have shown, all is connected; as above so below, as within so without (internal/external), body and consciousness.

Anyways, certain alignments and positioning aide in one's internal energy amplification; kundalini. Which when done right, cultivated and committed, can aide in one's enlightenment and transcendence of consciousness.

For instance; summer solstice 2012, the exact night, I had my kundalini awakening, which was so profound and I was not exactly readied for it, but endured and expanded through the process.

Our ancestors were more internally in tuned, mapping the as above so below aspect of the external worlds, was key to unlocking certain aspects of one's consciousness or aligning oneself with the cosmos so to speak.
As within so without.

A little addition to your thread I suppose, but our ancestors were ore spiritually empowered then the degraded genetics post-flood.

posted on Apr, 17 2016 @ 09:19 PM
link
Call me a nut ( a lot of people do and I probably resemble the remark) but the first thing that came to mind when I first glanced at the engraving. The Milky Way Galaxy with the super-massive Black Hole at the Center
End dumb idea
Carry on.