to bad it doesnt work like that in the real world.

You know why that is I assume?

Because people have been made used to powerful people apparently having the right to inflict things on those who have no power. If the righteous indignation which ought to attend to such situations, was present, no one would dare violate that principle, for the fear of winding up with their faces torn off and nailed to their front door.

No, i usually visit a zoo and sit there for an hour, and as soon as i exit the zoo.. I think ;" I kinda liked how the monkeys were so polite and nice to each other when they knew the consequence "

But we are humans, right?

Please explain how in your version of life children learn right from wrong? Especially in single parent homes where the parent is at wits end to keep everything together.

posted on Apr, 16 2016 @ 07:34 AM
link
a reply to: TrueBrit
So agree. This is just disgusting. The mom is an idiot and certainly was more concerned about herself than her child. Her number one job is to protect her child. She didn't. It's so obvious why that child is acting out at school and what those two "educators" did will just deepen that child's lack of respect for authority and himself. I am so embarrassed that I live in Georgia-where apparently corporal punishment is alive and well. This absolutely sickens me.

posted on Apr, 16 2016 @ 07:49 AM
link
I grew up in the South where corporal punishment is practiced and it made no difference to the trouble makers.
They learned a lesson that violence is how you handle things and those same people went on to join gangs or commit violent crimes.

What I am really surprised about it is how those against the Government and the Nanny State could support it when it is being doled out by the state.

This is all a very complex issue, but I am definitely on the side of parents having the responsibility of reasonable punishment of their own child.

Here's the thing, there is no doubt in my mind that physical punishment is a necessity in the early years of life. Why do I think that? Because a child is not capable of rationalization. You cannot talk a child into learning that fire burns, or that cars can kill you, or that walking off a cliff is not a sensible thing to do. People seem to think that Humans are born with an entirely functional brain and can have an intelligent conversation by the age of 1. That's NOT REALITY.

If you put a child in a room with a candy bar on the table and tell them that they can have one now, or they can have two in an hour if they don't eat that one, they will eat that one every time. Why is this? Because children are incapable of calculating consequence or thinking beyond that moment.

This is the whole core of learning, this is the very basic minimum.

However, that does NOT mean that a stranger holding a child down and beating them with something could ever be considered acceptable.

It is not the place of other adults to be acting like this toward anyone's child. It is the sole responsibility of the parent. And even then, that punishment should be considered adequate and appropriate before being delivered. I would not accept that beating a child is right, it's not. What would be right is an adult teaching their child patience and respect for others from the very start of awareness, maybe then kids would not be getting to the point where a beating like this can be considered?

Other cultures are mentioned here as though they have done it perfectly. Don't be thinking they allow mass beatings of kids in Japan, they don't. Specifically with Japanese culture, they educate their children from an extremely early age to show respect for their elders and for all others in society. Their grand parents are part of the family, they are often just as important as a mother and a father. These kids grow up being respectful of everyone from the moment they can comprehend that others exist.

We could learn a thing or two from other cultures. Bad behaviour is not included at birth, it is a product of the environment in which a child is raised. Lazy parents, ineffectual parents, abusive parents, they all need to be taking responsibility for the way their kids turn out.
edit on 16-4-2016 by Rocker2013 because: (no reason given)


i chose the board because, no matter who was swinging it. it was nothing compared to the hell that would rain down on me if my folks had to come pick me up from dentition, or being suspended. and back then they didn't call your folks every time you got licks, you just got them.

i will say this, there was a couple of them that prided themselves on how high they could lift your feet when they swatted that ass.

This here!
It all starts at home.
That is what kept me inline as well when I would have to answer to my parents.
It was not from the threat of a swatting either from them but from letting them down and failing their expectations.

School Corporal Punishment in the US 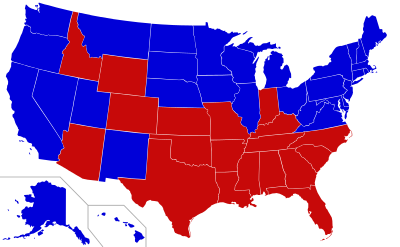 originally posted by: Pinke
I'm open to be wrong about this one, but some things I find confusing:


I remember those days as well.
There were fights after school and there were fights outside of bars where people duked it out and in many cases became friends later from mutual respect.

Now the state gets involved with every little scuffle or argument where people are not allowed to act out and face the consequences from those they effected.

Was this intentional? That's a good one.

Back in the day, I wasn't the greatest. If someone had laid a hand on either of my children, it would soon be jail time for me.

I grew up in a cluster bang of a household.

My mother raised me right, despite the best efforts of my father to sabotage my childhood. I was never struck with an object by anyone in authority. Not once. When I was a lad, there were more than enough scumbags willing to attack me with sticks, but they were only as weak as me, only my age or a little older, and so they learned the right way. By being defeated utterly.

I am not saying that the occasional collision with consequence is unhealthy, but the kind of authoritarian nonsense that leads an adult to strike a child is frankly barbaric. It's one thing to learn that stealing lunch money is wrong, by getting your face kicked in during such an attempt, but paddles? Canes? If any adult had ever come at me with such a tool, they might have knocked me down, but they would have had to have killed me, unless they wanted to be vivisected while they slept.

originally posted by: jacobe001
There were fights after school and there were fights outside of bars where people duked it out and in many cases became friends later from mutual respect.


Kind of hope we can get past the days where men have to hit each other to learn to respect one another.

It does sometimes cross my mind that people can get away with a lot of things too though.

posted on Apr, 16 2016 @ 09:56 AM
link
We get angry when some of our social practices are compared to overseas countries.
But we're cool with Giant people smacking little people when they act out.
The mom has some issues, not sure that JAIL is a proper punishment either, the threat of JAIL is what prompted her to allow this.

posted on Apr, 16 2016 @ 01:56 PM
link
Bottom line.... parents have failed in properly disciplining their children so bad that educators are having to step up and fill the gaps.... look at YOUR world without discipline, these troubled ADHD diagnosed monsters run around with step-parent cellphones recording the chaos they create in the classroom, completely disrespecting the educators that still care. It's all sad and it's all because YOUR kids don't understand consequences.

originally posted by: TrueBrit
a reply to: Spider879

The strong must never strike the weak.

A "truebrit" scolding people on discipline?? Lol, don't ever voice your opinion about America, it means nothing and you have no positive credibility. "If I wanted any more sh!t outta you, I'd squeeze your head."

Yet everyone is reacting as if the child was beaten within an inch of his life.

Is this for real?
Manufactured outrage, indeed.

posted on Apr, 16 2016 @ 02:57 PM
link
I would not allow the school to hit my child, no matter what. Not that I think that spanking is wrong, but if it is warranted, me or their Dad would be the ones doing it. Spitting! Absolutely would bring on a spanking. In situations like these, the school probably believes that if they don't do something to discourage the behavior then nothing will be done. They obviously didn't think he would be disciplined at home. This is just my opinion. Schools should teach academics, parents should be doing the rest.