Perhaps a good topic for the new History Forum.

Tie Iraq, Afghanistan and Syria together and you have it.

Could it be Obama has failed also?

He admitted Libya was a failure. 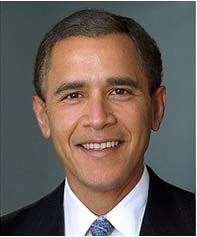 THAT is the difference, but you already knew that I am sure.

You point-out an uncomfortable truth. Many of those that supported Bush and what his admin did in the Middle East are the same people that piss and moan about what happened in Benghazi, yet the two are hardly comparable.

It's about being intellectually honest and consistent on such matters. Too many people are not. Their sense of morality and "code of conduct" is fluid, depending in the political affiliations of the offender.

There may be some that say "but Hillary is running and Bush is in the past". That is true, but not even close to addressing the point. The point is that if it were a Right Winger, Benghazi would be a non-issue. Put a D in front of their name and they begin to feign outrage.

It's hypocritical and hilarious. Some people cannot see past the ends of their own noses.
edit on 15-4-2016 by introvert because: (no reason given)

posted on Apr, 15 2016 @ 04:25 PM
link
Not to attack the OP, but... Who cares? Does anyone honestly think she will get in any trouble? IF they did bring her up on charges, after the smoke cleared she might get house arrest or some silly garbage. Look at the affluenza kid. He is nowhere near elite status and look what he got.

originally posted by: butcherguy
a reply to: MystikMushroom
Yay!
The thread is no longer about Hillary and Benghazi.
It is about Bush!
I should have known.
Everything else that ever went wrong for Obama was Bush's fault!

Yeah man! You can take away my gusto but keep your hands of my BUSH!

What a mess that was and there's plenty of damaging evidence but the movers and the shakers aren't about to start arresting anyone, especially her.

Bottom line is, the video was a false narrative and we all know this. The tragic part was that the hype created over it started protest riots all over the Middle East and riots = violence.

Then they watched it unfold live via drones and continued doing nothing while they planned to blame it on a video.

It could have had something to do with Obama's reelection but I'm sure the rabbit hole goes much deeper. Agendas over lap agendas in DC.

originally posted by: Swills
Then they watched it unfold live via drones and continued doing nothing

What is your source for them watching it live exactly?

What could they have done exactly?

Hint - they did NOT watch it live, and there were no forces that could do anything during the attack.

Those claims are just Republican lies.

Defense Dept. had live video of attack in Benghazi

That was a very active time for ATS when this all went down and I was very much apart of that activity as we dissected the events unfolding and airing the dirty laundry. I read so many articles for all sources, who all mostly parrot one source, and they're all still on the internet.

originally posted by: Swills
a reply to: hellobruce

You "missed" this bit from your link....

“the surveillance aircraft captured footage of events on the ground” and “it wasn’t available that night at the White House.”


originally posted by: Swills
a reply to: hellobruce

You "missed" this bit from your link....

“the surveillance aircraft captured footage of events on the ground” and “it wasn’t available that night at the White House.”

That statement I think was a cover for Obama.

Did they say "WHY" it somehow wasn't "available"?

I believe the White House knew everything in real time.

No.
Haven't you heard?

Obama hears everything on the MSM... just like we do.

Remember? That's where he heard about Hillary's private server... on the news.

Why he was playing cards with a special 'friend'.... he couldn't be bothered.

Yeah they claim it wasn't available but would you really believe it? Since when are politicians ever truthful, especially after setting up that video as the fall guy. Of course they would say they didn't have access to it but I say, BS!

In this day and age, with the military's communication network, they sure can watch live being broadcast.

So it's up to you to believe the White House but they've proven themselves capable liars time and time again. But whether they were watching or live or not doesn't matter because they knew it was happening as it was happening and were receiving reports as it went on. Do you think they learned about it the next day over breakfast?
edit on 15-4-2016 by Swills because: (no reason given)

originally posted by: butcherguy
Where was Obama when it all went down?

Why he was playing cards with a special 'friend'.... he couldn't be bothered.

Of course they did. But even if Obama and Hilary weren't watching it live it doesn't matter because the military was and they most definitely informed the White House immediately! So the Obama admin knew what was happening as it was happening and of course they were receiving updates.

BUT he wasn't in the situation room (as he should have been) .
And then there is the pesky story about Reggie Love saying that Obama played 15 hands of Spades while it was happening.

Any and all actions pertaining to Iraq could have been covered on Sadam's failure to uphold the terms of cease fire after the Gulf War. Particularly the games with the UN weapons inspectors.

As to why all the extracurricular excuses of WMD and GWOT tie-ins, just a guess but to avoid the accusations of "finishing Daddy's Business". Which happened anyway, just not a persistent bleating of "Bush lied. People died."

Would there been partisan rumbling over admitting Benghazi was a screw up? Sure, but less than lying about it has as the various stories are proven lies. In Hilary's case, just another lie in her lengthy list of whoppers. And honestly, regardless of party loyalty or affiliation, do we need to elect a proven liar to the WH?

originally posted by: MystikMushroom
I only wish such fervor, anger, outrage and constant pressure was put on Bush, Cheney and everyone else who deliberately lied, mislead and covered up the real reasons for the US invading Iraq. We all know we were lied to. As a result thousands of American soldiers are dead and we've racked up a cost of least $1.7 TRILLION because of it.

How and why people can justify picking and choosing which events outrage them more than others is beyond me. It's obvious to me mistakes were made in Benghazi, but to elevate this one event beyond that of the lies and deception behind Iraq?

Pure lunacy. It's a sad example of immature partisanship putting "mah team!" first instead of the country as a whole.


Last I heard Bush and Cheney aren't in nor are they seeking political positions. Why would anyone be worried now about them?

Perhaps a good topic for the new History Forum.

Tie Iraq, Afghanistan and Syria together and you have it.

Could it be Obama has failed also?

He admitted Libya was a failure.

He and Biden also touted Iraq as being a crowning achievement for his foreign policy.

Hillary was the architect of Libya and Syria, Obama was all in.

She also said that nobody was "lost" in Libya. OMG.

but the people can vote now. lol.