Afterlife Styles of the Rich and Famous: Mansion Mausoleums of Manila

posted on Apr, 13 2016 @ 05:27 PM
link
Located in a northern suburb of Manila is one of the most unique and grandiose cemeteries in the world. The Cementerio ng mga Instik (Chinese Cemetery) occupies about 5.4 hectares (a bit of 13 acres) of a three part complex that also includes the Campo Santo de La Loma (La Loma Cemetery) and Cementerio del Norte (North Cemetery).

Opened in 1879 through the efforts of the prominent Chinese-Filipino businessman and leader, Don Carlos Palanca (aka Tan Quien Sien), the cemetery was established for the burial of non-Catholic Chinese, forbidden burial in Catholic cemeteries during the Spanish colonial era. In later years, many Catholic Chinese and mestizos were interred in the cemetery.

Much like a small city, the cemetery has "neighborhoods" for members from the various socioeconomic strata. There are streets with tall walls of filled with cubbyholes and shelves for the cremains of the poor and sections for the lower middle class with small above ground crypts similar to those of many cemeteries in the West in areas where high water tables and frequent flooding preclude interment in the ground. However, it's the mausoleums of the upper classes lining the two lane main boulevard — from rows of town home style tombs to extravagant villas — that make this cemetery world renowned.

Many of them are not only furnished but have all the amenities of the average home: hot and cold running water, flushing toilets, electricity, kitchens, dining areas and even guest rooms. The most luxurious often have ornate gardens and balconies. It's customary on Sundays and particularly on All Saints Day for families to spend time in these mausoleum homes; preparing meals, feasting, drinking and playing mahjong (leaving an empty chair for the deceased).

Now for the pictures! Starting with the more modest: 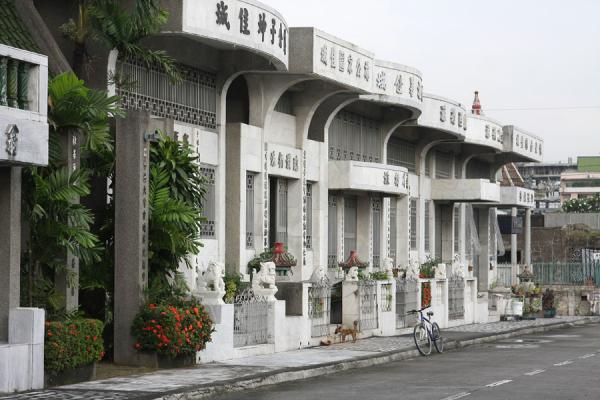 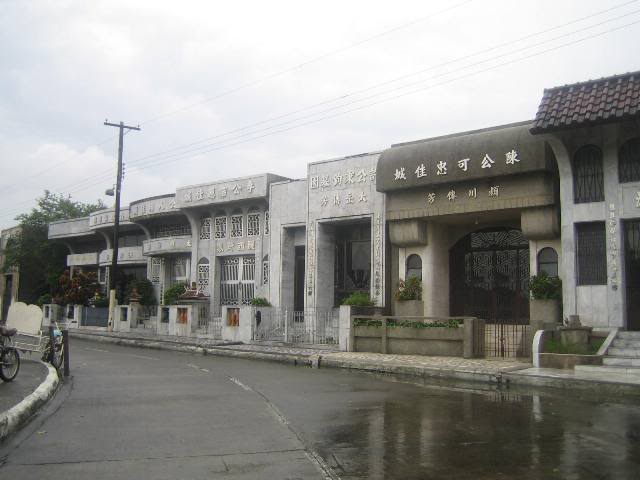 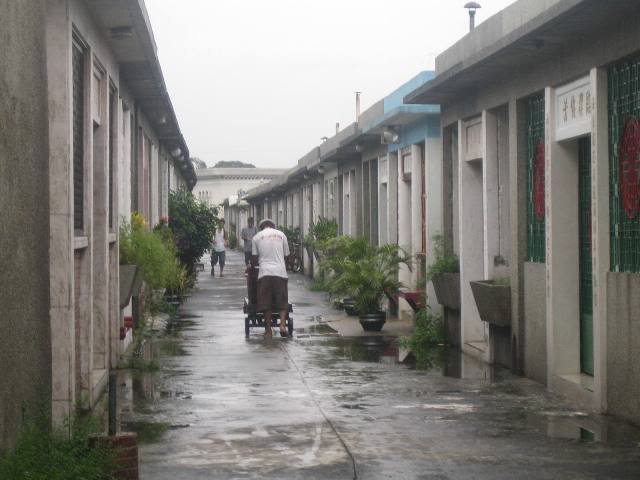 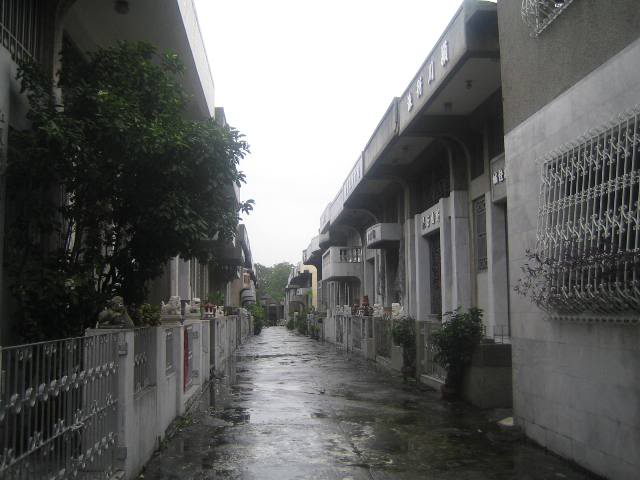 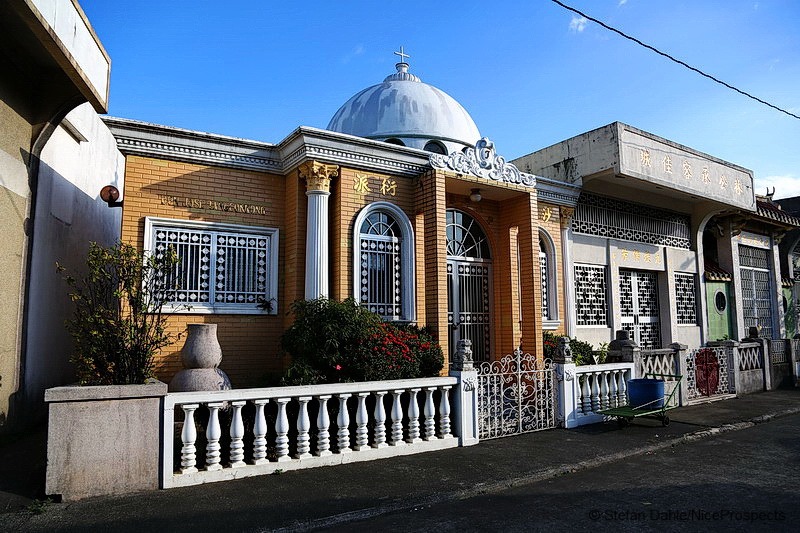 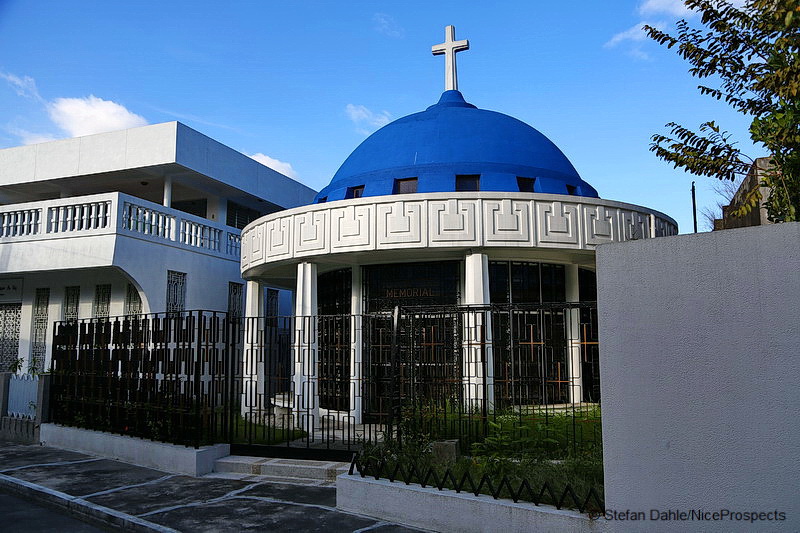 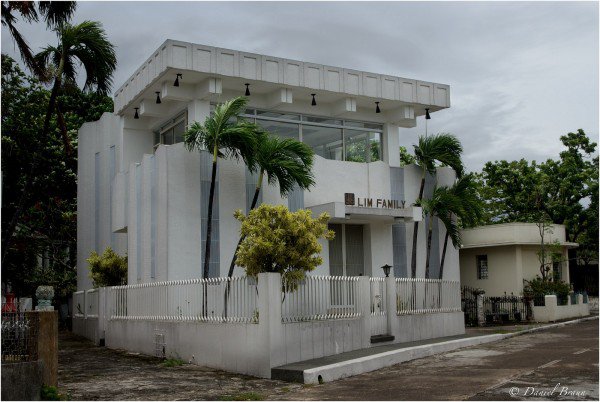 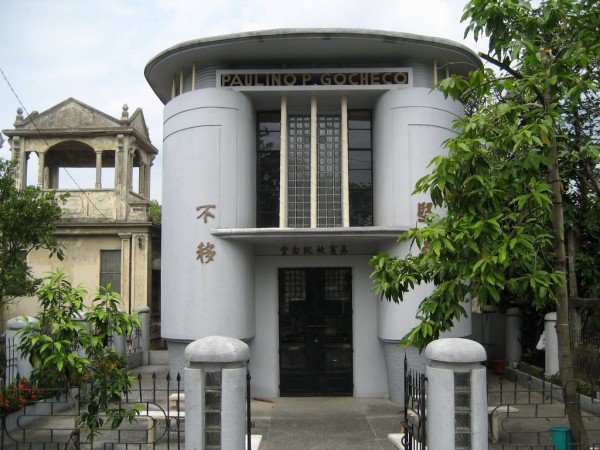 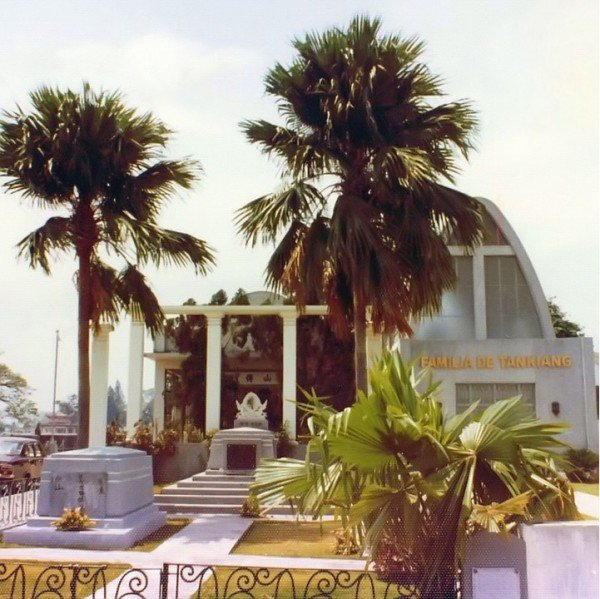 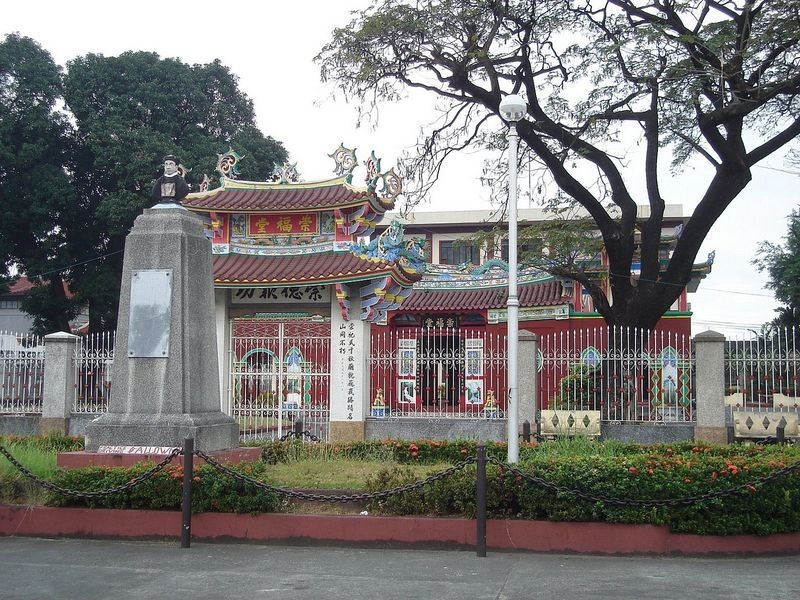 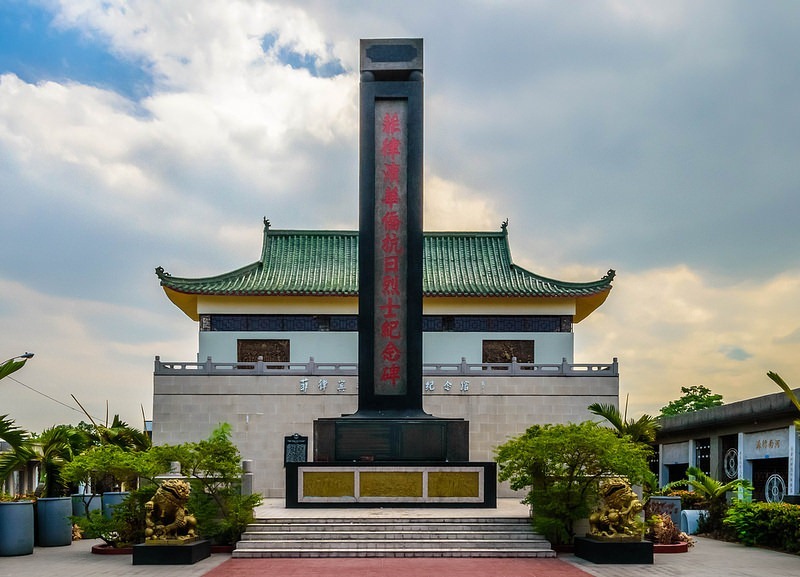 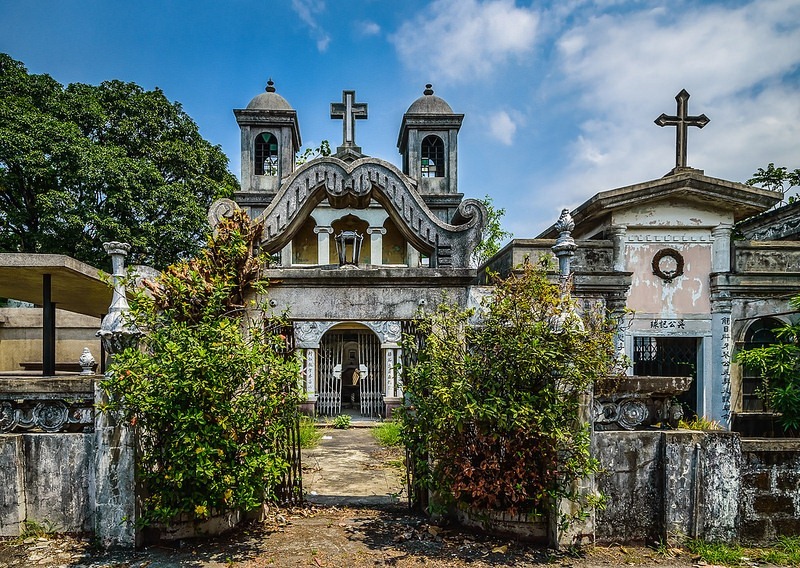 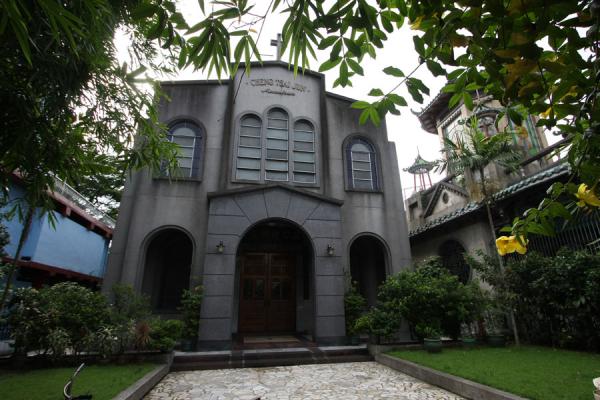 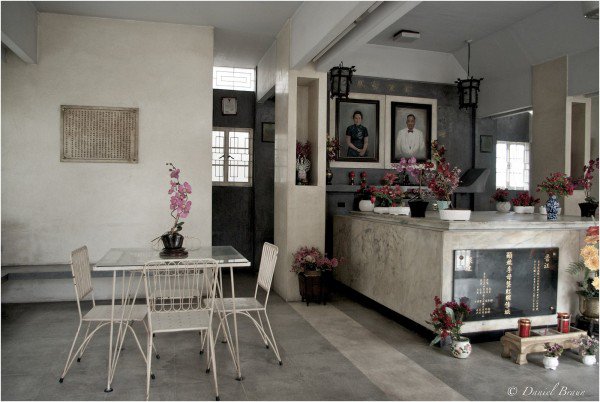 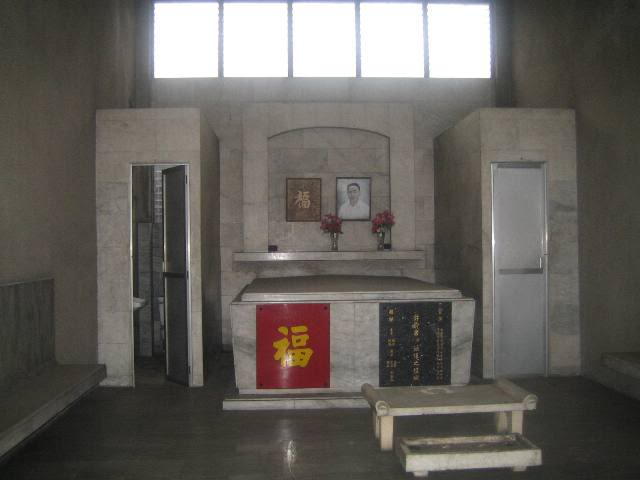 There's too many pictures and interesting details to post here (including the many executions carried out in the cemetery) but it's well worth your time to do a bit of web browsing if you'd like to know more.
edit on 2016-4-13 by theantediluvian because: (no reason given)


Love the pictures
edit on 13-4-2016 by realnewsrealfunny because: (no reason given)

posted on Apr, 13 2016 @ 05:33 PM
link
Wow.
Great thread. Thank you for sharing.
It's almost like some Egyptian tombs that are move-in ready for the newly dead and fully stocked for the afterlife.
It wouldn't surprise me if some of these were wired for cable.

I had no idea this was a thing, certainly not in modern times. I really shouldn't be surprised though... I'm sure Donald Trump has big plans for his memorial (*throws up in mouth a little bit)

Beautiful architecture and well-written thread! I don't relate to those who choose this, but it's their right if they can afford it. Myself, even it I could afford it I wouldn't choose it. When I die, my body will be cremated and scattered at sea at the three mile mark around the island where I live. I can't imagine creating a shrine for my body.

Thanks much for the information and your thread. Very interesting.

I had no idea this was a thing, certainly not in modern times. I really shouldn't be surprised though... I'm sure Donald Trump has big plans for his memorial (*throws up in mouth a little bit)

Really? Going 'Trump' in a mausoleum thread? Take a breather.

originally posted by: argentus
a reply to: theantediluvian

Beautiful architecture and well-written thread! I don't relate to those who choose this, but it's their right if they can afford it. Myself, even it I could afford it I wouldn't choose it. When I die, my body will be cremated and scattered at sea at the three mile mark around the island where I live. I can't imagine creating a shrine for my body.

Thanks much for the information and your thread. Very interesting.

Honestly, there's something nice about having a place where family can gather informally and be close to passed loved ones.
I'm sure the idea is that the spirit of the deceased can still enjoy 'good times' with family and friends.
It speaks well of the culture's value of family.

I can understand. People go to these gravesites and talk to their relatives. I do so myself. I fully admit that it's a comfort to touch my grandparents' stones and tell them about the land and how we are trying to preserve their vision. These were simple people who worked the land and went to sea and raised chillun and loved and lived and died. My Mom doesn't want to be cremated, because she worries that God won't be able to find her. I respect that, and she will be buried next to her parents.

I would absolutely hate to take up valuable real estate with the shell I left behind after I passed on. It's a shell. A formerly animated human body. Burn it. Return it to the Earth. My only other thought is that I'd like my ashes to help something to grow. The eternal cycle.
edit on 13/4/16 by argentus because: spellin'

posted on Apr, 13 2016 @ 06:06 PM
link
I've spent some time in the Philippines and this is common place. Basically if you have the money you can have these types of memorials built. It's mainly for the family of the deceased to use. When ever the anniversary of their loved ones death rolls by or during certain times in the catholic faith the entire family will gather inside the memorial (they even bring food) and honor their loved one. I've witnessed this a number of times and it's quite nice and respectful. I have a Filipina wife and I told her this is what we're getting, lol.

posted on Apr, 13 2016 @ 06:33 PM
link
a reply to: theantediluvian Thank you for this thread! I wasn't aware of the Philippines having this sort of care for their ancestors, I like how they leave a seat open at the Mahjong table for the deceased. I've always found leaving food out for wandering souls a lovely tradition and these mausoleums must make for some comfortable and happy Ghosts!

I live in the Philippines now and my wife's grandfather is entombed at a Chinese cemetery locally here. It is the same concept as shown in the pics, but not as elaborate. It definitely is a "if you have the money" type of thing.

I have seen a few that could possibly pass as a small studio apartment.

Halloween is one of the big holidays. The cemeteries are packed. Not for trick or treating, but staying with their passed loved ones.

I have seen them bring the favorite food and drink for the dead, even light cigarettes and place them in sand.

Interestingly, in China, one of their national holidays is "Tomb Sweeping Day." Time to tidy up places like these.

I think I would like one of these, but with a tv so I can watch football in the afterlife

We're thinking of one word, right?

Hold on while I get on my moral high horse...

The vanity of humanity is amazing at times. These people are using up land that others could live on which squeezes the available land to be used and inflates market prices - supply and demand. In death, they possess buildings most of the populations will never be able to afford. Isn't that a singularly selfish act? Is the value of status so high as to be reflected on their bones and into the afterlife?

On the bright side, they must be paying some land taxes and the wages of gardeners and handymen. Ironically, that alone might be the reason anyone remembers their existence.