The English welch Scotts and Irish are all the same!

What part' the facts or my wee bit at the end that pissed you off.

Please show me where you posted any facts?

All I saw was a massive broad generalisation based on bigoted bollocks.

And I assure you, I really couldn't be bothered to get 'pissed off' over such tripe.....hence the short and brief retort, that's all it warranted. 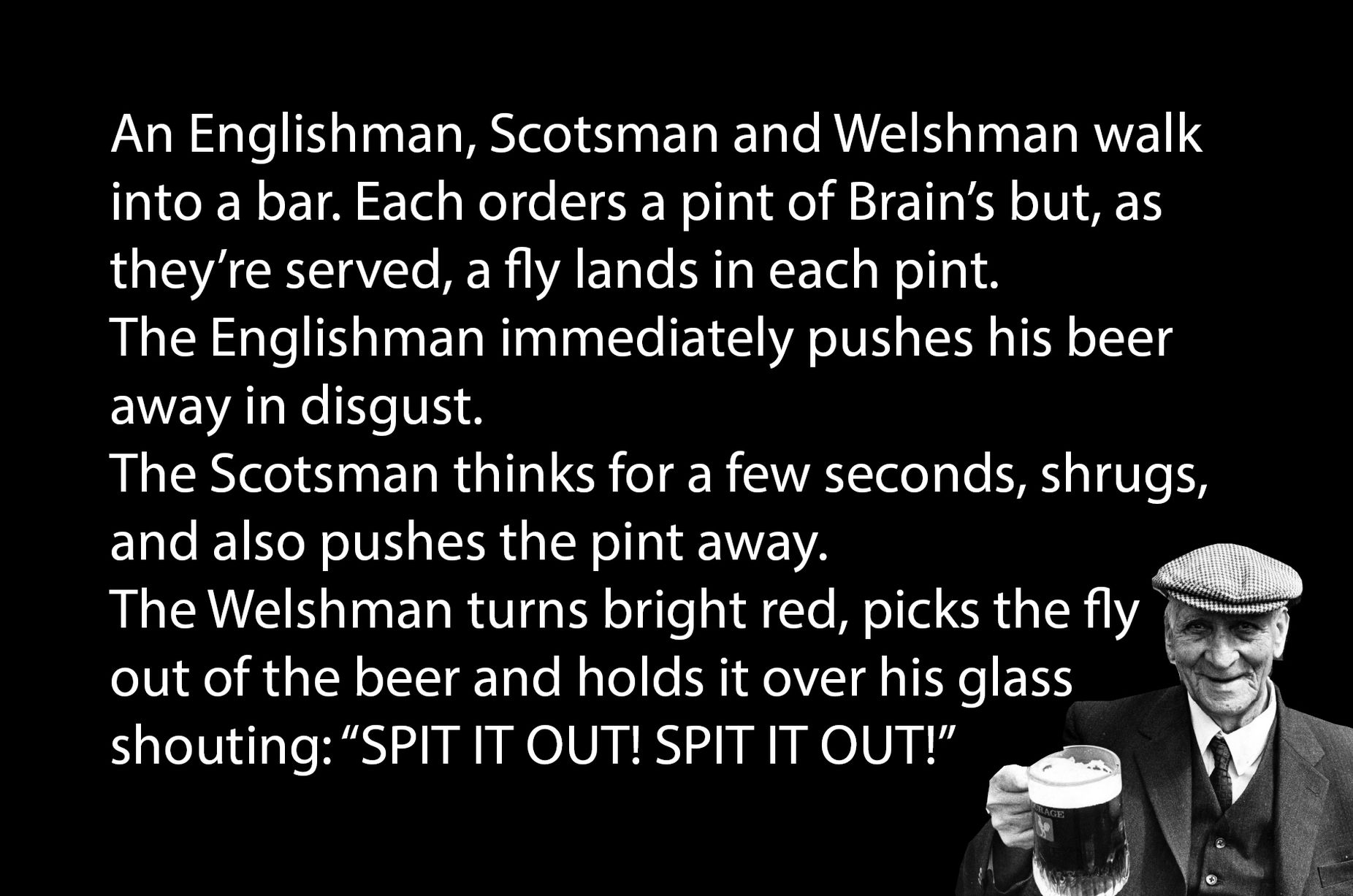 You must have been taught about the makeup of the UK in School if you are from England, I know its taught in primary school in Scotland. the DNA of the British can be mapped out , the only surprise in it is Scottish DNA has some Cornish DNA and they have not figured that out yet, but Scots and Irish has Viking and England is mainly European mainly German some French and some from Belgium and that is one of the reasons that Hitler did not want to go to war with England as he saw them as the same people. This is all fact I don't know why you think otherwise. England DNA is mainly Anglo Sax not celtic like the Scots and the Irish and Welsh. Although now there will be a mixture because of Scots marrying English, but little has changed overall.

There is no such thing as 'Celtic' DNA.

It is now generally accepted that the term 'Celtic' describes cultural similarities whilst the individual DNA of Scotland / Wales / Ireland / Cornwall are all unique to their own specific region.

Genetically the Scots have more in common with Northern England than Wales or Cornwall whilst traces of both Scottish and Southern English have left DNA markings in Ireland.

There also seems to be a distinct difference in DNA between people from North and South Wales.

Now do you want me to deconstruct the absolute bollocks you posted about the English all being uncaring bullies etc.

Fortunately I know most Scots aren't quite as bigoted and narrow minded as you appear to be.

A sentiment I agree with whole heartedly, but if you travel the country you can actually see the difference in people, scot's have strong links to there Celtic ancestry
(which it has now been proven ethnic English also share in common with the exception of a strong Saxon/German male line, turns out the beautiful Romano British Celtic woman were too much of a temptation so they married them instead of shipping back to Germany for bride's).

The Welsh are of course Roman Britain's but after 1400 years of having Saxon/Celtic English living next door to the south and Danish/Celtic English living next door to the north you can forgive them for having a little but of English blood mixed into there gene pool (Welsh is derived from Saxon for Foreigner - strange twist of history the invaders called the natives foreigners).

The Irish have raided Britain and Vice Versa for as long as these island's have been settled and were in fact themselves invaded by Viking's whom established kingdom's and founded city's like Limerick so they share a hell of a lot of the same genetic lineage.

The Scot's are a mixture of Pictish Celts, Irish, Dane's and of course they had frequent raids with there border with England and vice versa so yes they are also heavily related, so your argument carried very well.

The differences though are Tradition's, Culture and History with the English being the undeniable naughty little boy of the bunch for the past 500 years or so, longer in the case of the Welsh, the English persecuted the Welsh terribly and suppressed them, there culture, language and history for a long time but let me Clarify that IT WAS NOT THE ENGLISH but the NORMAN lord's whom made this happen, so who are the Norman's, they were not actually French though a large number of Breton and Frankish mercenary's worked for them, indeed there name is the giveaway, Norman is derived from NORSEMEN, after settling in france though they became something else and about the same time the NORMAN's were persecuting the Welsh they were also Persecuting the English and tried for nearly 400 years to force the English to speak Norman French, they failed but they did destroy the Dialect of old Norse that was prevalent in the country until they invaded and what we speak today is a mixture of OLD English and NORMAN French languages.

There are differenced between the nation's of Britian and the Irish but they are very minimal but we do have one thing to be proud of, along with some of the French our Celtic ancestry is perhaps the last remnant of the non indo European peoples of Europe, Gaelic languages for example are not from the Indo European language tree like English is, they are in fact more closely related to the Semitic and north African languages.

Wow...I don't want to insult your intelligence. You're doing fine on your own.

You give Links to the BBC and the Telegraph as proof and expect me to read it, They are still denying they knew about Jimmy Saville. www.scotsman.com...
edit on 12-4-2016 by pavmas because: link

this is not a text but that stupid box keeps popping up and asking me for original sites, MY HEAD OK sorry not you just that box

a reply to: Freeborn

Celtic DNA is an arguable point
, there was no Celtic RACE as it was a culture which MAY have arisen in southern Germany south of the Rheine as the Celtic Culture was a warrior elite based culture which spread as far east as Anatolia in what is today Turkey and as far west as Ireland but the Gaelic people's whom are synonymous with Celtic identity (though in fact the Celts conquered them and they absorbed and adopted the Celtic culture as there own) are a definite genetic group.

It may seem like pure Symantec's and niggling on a fine point but your argument is actually sound.

Celtic/Gaelic speaking people's about 60.000 years distinct genetic marker legacy, Scandinavian peoples 40.000 years distinct genetic marker legacy in Europe, these are the two oldest groups of European's though of course this mean's both migrated as the ice came and went so were they were before the ice sheet's moved away is an interesting point, oddly the Basques whom for a very long time were believed by some to be the oldest European's are actually only a distinct group for about 10.000 years making them the youngest native European group.

This is just the mixture of ethinic group's in Alba/Caledonia/Scotland never mind the rest of Britain and Ireland though.
usercontent2.hubstatic.com...
Here is another interesting one taken from genetic analysis but this time an overview of western Europe.
2.bp.blogspot.com...

NOTE the dating I have quoted is from memory, I read it over 20 years ago now so it may be wrong but is still interesting as it was what they thought at the time from earlier and far less advanced genetic sampling.

I'm not sure I'd go that far

No it isn't. I've been to England I should know

Spot on, Africa is a continent, it also has the most
genetically diverse human races on the planet, all outside of Africa are related according to scientific theory and our ancestors were East African but in Africa there are many natural barriers that have isolated groups of humans for very long period's of time, during those periods they developed unique genetic traits so that west African's are different to east African's, there is also genetic markers unique to central Africa, northern sub-Saharan Africa and south Africa and of course northern Africa beyond the Sahara. most map's make Africa look smaller than it really is.

They're all originally Druids. Like I met this English woman. I said something referring her being English. She was like " no I'm welsh". Same difference! But they actually get insulted because they're brainwashed into such deep national pride. It's rediculous.

Of course they got offended. You said they were from a different country than where they're from.

If you said to someone from New Zealand that they're from Australia (and vice versa) I'm pretty sure you'd get the same response.

People seem to forget that, even though we share an island, England, Ireland, Scotland and Wales are different countries with a unitary sovereignty.

originally posted by: lavatrance
a reply to: Freeborn

They're all originally Druids. Like I met this English woman. I said something referring her being English. She was like " no I'm welsh". Same difference! But they actually get insulted because they're brainwashed into such deep national pride. It's rediculous.

You are an utter utter moron.

I thought at first you were joking but I think that you are in fact just an utter moron...

Your ignorance is blinding.

No wonder you're a petty minded bigot.

Ya that's what they want u to think. In reality the queens realm is all still in tact. Incld Canada Zealand Australia India uk and possibly even the USA. That one is up for debate as we don't really know if they won the revolutionary war or not.

Ya that's what they want u to think. In reality the queens realm is all still in tact. Incld Canada Zealand Australia India uk and possibly even the USA. That one is up for debate as we don't really know if they won the revolutionary war or not.

Do you get your facts from a 1940's cornflakes packet?