Lunar Reconnaissance Orbiter is giving you unprecedented views of the Moon

LRO has been orbiting the Moon for years, and taking photos of the surface typically at 0.5 m per pixel, but sometimes at 0.25 cm per pixel.

This recent shot gives an oblique view of a relatively-speaking fresh crater on the Moon, nicknamed "Chappy". 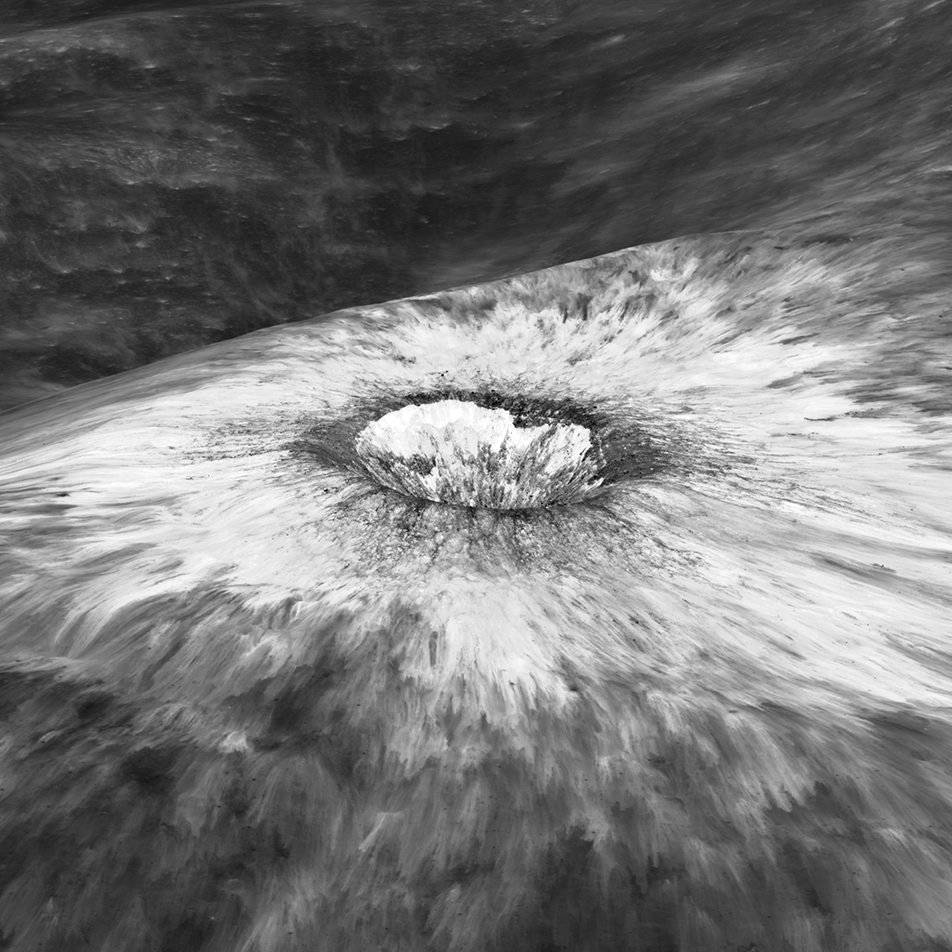 This fresh crater has some lighter-coloured material ejected and settled down on the surface in beautiful patterns.


The image above is from the Lunar Reconnaissance Orbiter Camera and shows a crater on the Moon nicknamed Chappy (it formed in the much larger Chaplygin crater). It’s about 1,400 meters across (a bit bigger than Barringer crater in Arizona), which means that whatever asteroid or comet slammed into the Moon here exploded with the yield of about a 30 megaton bomb—about as big as any nuke ever detonated by humans. The fresh pattern of ejected material around it suggests a very young age. How young is hard to know, maybe only a few millennia, maybe more. But over time micrometeorite impacts and the solar wind soften and fade those features, so the crater isn’t, say, millions of years old.

The pattern around Chappy shows broad, wide streaks, seemingly overlapping with streaks of different contrast, looking very much like the petals of a flower.

LRO (along with MRO currently orbiting Mars) are probably the most important and valuable spacecraft currently out in space.
edit on 8-4-2016 by wildespace because: (no reason given)

posted on Apr, 8 2016 @ 06:24 PM
link
Looks a bit like a Comet hit then the Moon material comes out after, though it doesn't say that in the story. I presume then that they know what the white coloured stuff is.

Nice pic. Would be awesome to see the actual impact from that perspective. Right there… whatever hit that spot was moving. One day we have to capture footage of one of these events up close.

I want a close up of an impact, not just a fuzzy ball of light from far away (Jupiter)

So does this mean it will put to rest any moon base conspiracies? Or will NASA pick and choose what areas of the moon they will photograph? If it's been taking photos for years, why hasn't NASA photographed the entire moon in the same detail, and present their sharp and detailed pictures to the public?

I know, I know, someone will say they have, but I would love to see a map and slow panoramic close-up video of the entire moon including the dark side and the polar caps.


So does this mean it will put to rest any moon base conspiracies?

One could only hope it would, but as we all know it won't.

If it's been taking photos for years, why hasn't NASA photographed the entire moon in the same detail, and present their sharp and detailed pictures to the public?


They have! Just take a look through LRO image archives, or just a useful little tool like the QuickMap: target.lroc.asu.edu...

posted on Apr, 8 2016 @ 07:48 PM
link
I wish we would "go back" (Yes i'm in two minds sorry, I can't help it) and test these areas of relatively fresh under moon samples. I think they would answer many questions and would negate the use of expensive drones with drilling capabilities. Just a scoop!

I'll have to check it out. Thanks.

I'd never go to Mars, but the Moon, what an amazing thing to see.

originally posted by: OneBigMonkeyToo
a reply to: bandersnatch

The LRO's trajectories have to be planned well in advance - you can't just zip over somewhere on a whim, though you can suggest areas you want to look at it if there's a valid scientific reason.

Other sources of high resolution lunar images include:

China, Japan and India's images may need additional software to decode the images.


photos of the surface typically at 0.5 m per pixel, but sometimes at 0.25 cm per pixel.

That's pretty close I would say, you almost can't hide those buildings by deformed pixels I would say?

posted on Apr, 10 2016 @ 06:15 AM
link
One of my favourite LRO images - a gigantic boulder sitting atop the central peak of Tycho crater: 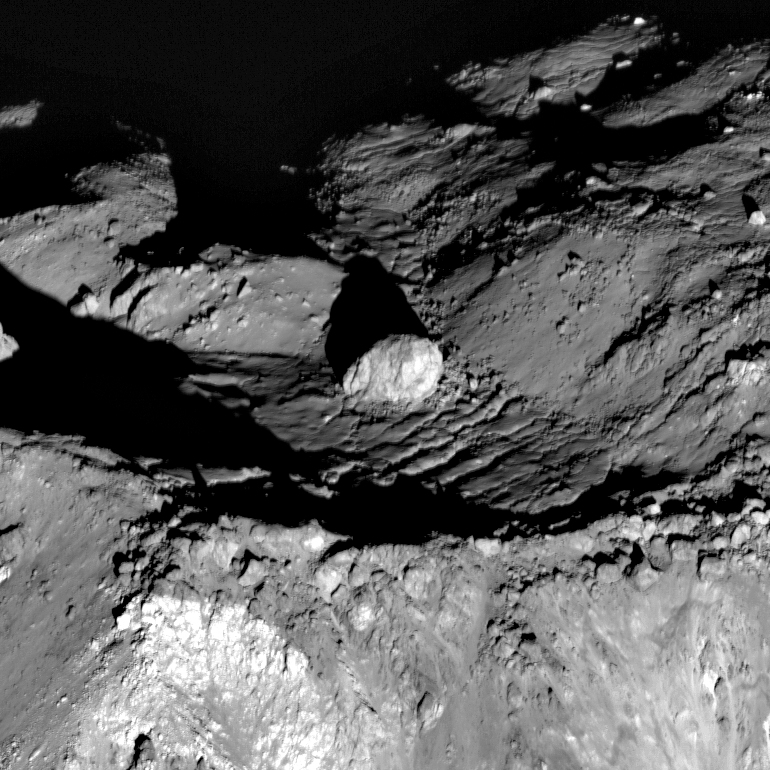 That whole Tycho image was phone screen saver for a while

I remembered from your post that Surveyor 7 also landed near Tycho, and found the LRO page about it:

On reading the page decided to see which part of the rim of Tycho was visible in the Surveyor panorama, only to realise pretty quickly that it doesn't- the view points north, not south! This is despite the Surveyor 7 report showing exactly in which direction the probe is looking!

Anyhow here are two of my favourite oblique LRO views: posted on Apr, 11 2016 @ 07:31 AM
link
How come some of the posted images of the moon show exceptional clarity and detail, but the Apollo landing site LROC images show a few pixels that we should believe are the mission left overs?

The LROC resolution as stated above is less than 1 m, so why we don't have clear images of the stuff left behind?

The LM descent stages are 4 metres wide. The very best pixel resolution is 0.25m per pixel - how many pixels do you think a 4 metre wide object is going to have?

On top of the descent stage you have the other experimental equipment and th trails to and from them, plus the other rocks and craters visible in Apollo TV, 16mm and video - all exactly where they should be.