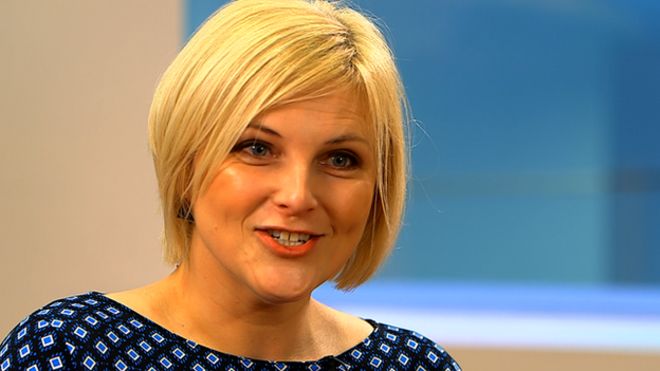 A Christian health worker in the NHS has lost her appeal against a ruling which suspended her for giving a religious book to a Muslim colleague.

Victoria Wasteney, 39, was found guilty in 2014 by her employer, the East London NHS Foundation Trust, of "harassing and bullying" a work friend.

She had given her a book about a Muslim woman's encounter with Christianity and asked her to church.

Her colleague had reportedly been happy to discuss faith with her and had not given evidence about her allegations to the NHS.

She challenged the decision at an employment tribunal last year, but it ruled her employer had not discriminated against her.

A judge gave her the chance to appeal against that decision, saying it should consider whether the original ruling correctly applied the European Convention on Human Rights' strong protection of freedom of religion and expression.

But Judge Jennifer Eady QC dismissed the appeal on Thursday.

Following the decision, Miss Wasteney, from Epping, Essex, said: "What the court clearly failed to do was to say how, in today's politically correct world, any Christian can even enter into a conversation with a fellow employee on the subject of religion and not, potentially, later end up in an employment tribunal.

"If someone sends you friendly text messages, how is one to know that they are offended?"


This case goes back a while:

Her colleague had written an eight-page letter of complaint containing allegations Miss Wasteney was trying to convert her by routinely asking her to pray and giving her a book about a Muslim woman converting to Christianity....

Miss Wasteney, who is back at work but not at the same hospital, said she took the trust to the tribunal as she had felt she had suffered injustice, as she knew she was not a bully, "and that was grievous to me".

"I felt... there was some injustice to what had happened and I felt that this was an avenue where I could stand and say, I would like it to be heard that this doesn't seem to be as it ought to be in a country where we are supposed to be able to be free with each other," she said.

In a statement after the tribunal decision, Dr Robert Dolan, chief executive of the trust said: "We have a strong reputation of positively supporting staff and patients from a diverse range of backgrounds. We are an inclusive trust that values and respects diversity....


.......In February last year an internal disciplinary hearing found Miss Wasteney guilty of three charges of misconduct – praying with the colleague, giving her the book and inviting her to church events....


Miss Wasteney’s case is being supported by the Christian Legal Centre, which has instructed Paul Diamond, a leading human rights barrister. Andrea Williams, the centre’s chief executive, said: “ The way in which Victoria was treated highlights the extraordinary anxiety we now feel over causing any offence to Muslims. This creates a climate of fear and intimidation that keeps people from speaking about what they believe.”

She added: “There is a huge and increasing pressure on Christians to hide their identity and not make their views known for fear of being punished or losing their jobs.”


Everyone is entitled to their beliefs but I've no time for either (or any religion) to be honest.

Now I don't know the fine details of the case. Maybe Miss Wasteney actively did try to convert her colleague . Apparently that is a breach of human rights under EU law.

But If it was the other way round would the same disciplinary action have been taken against a Muslim/Hindu/Buddhist/Jew etc?

I am not sure how I could be offended by being offered a book by a co-worker, but then again I still don't understand all the special snowflake safe zone BS in the world these days either.

This is ridiculous in my opinion and I am not even religious.

Two separate issues entirely! Just talking about trying something new wasnt a Human rights violation, it still is not even if the lady was a bitch about it.

Maybe you can go to the UN and charge ATS members for violating your human rights by starting any religious themed posts?

I would think at least this should be a standard for establishing whether or not there was ever harassment. If the coworker expressed a desire to not every speak about faith because she was Muslim the same way I tell the Jehovah's Witnesses I am not interested and they leave and the lady persisted afterward, then we can talk harassment.

But if the lady who is claiming harassment never indicated that the talk was not welcome, then how was the other gal to know?

That sums it up.

This is truly pathetic.

What is wrong with people?

If I thought someone was 'harassing' me or trying to get me to convert to any religion I'd simply tell them to F Off and stop bothering me.

Why do people have to resort to complaining about the slightest little thing?
Can't people deal with anything themselves nowadays?

Ah, but for some people, if I merely wear a cross, I am proselytizing.

Again, did the Muslim say, "No thanks, I am Muslim?" or in some other way indicate that this was in any way unwelcome before running off to HR? If not, then how was the first lady to know that she was getting into unwelcome territory?

originally posted by: Metallicus
a reply to: mirageman
This is ridiculous in my opinion and I am not even religious.

On first impressions I'd agree but to have someone write an 8 page complaint about, either the person writing the complaint has some serious issues in which case she shouldn't really be working in the NHS or the Christian woman was a hell of a lot more pushy than she's making out, I can kind of picture it her constantly asking the woman to convert and see the light in Jesus Christ

According the article: www.bbc.co.uk...

A judge gave her the chance to appeal against that decision, saying it should consider whether the original ruling correctly applied the European Convention on Human Rights' strong protection of freedom of religion and expression.

So it seems that it's not two separate issues in Europe.

It's not entirely clear but it doesn't seem to be the case.

Another source the Telegraph says :

The woman, who quit her job shortly after making the complaints, never gave any evidence about her allegations to the NHS or later to the employment tribunal.

It could be a case of employers wanting to be seen as acting fairly for a minority group. I don't know. But it all seems a bit heavy handed in my opinion.

For "some" people, every breath they take is supposed to be geared to "bringing others to Jesus"

You're speaking In hypotheticals that are irrelevant.

The workplace is not for trying to change others beliefs nor for "witnessing" about your own.

posted on Apr, 7 2016 @ 05:10 PM
link
I'm just going to say, maybe folks should just mind their own business, it's not like they're going to get a medal, or virgins in their make believe definition of heaven. Christian, Muslim, or otherwise.

She should mind her own business unless asked in my opinion
edit on 7-4-2016 by BlueJacket because: (no reason given)

posted on Apr, 7 2016 @ 05:13 PM
link
It may be hard for some of our US friends to understand but god botherers here in the UK are really quite a rarity and are looked upon either as a nuisance or a figure or ridicule - or a bit of both.

I can't imagine this woman serially harassing the second woman without other employees being aware of it.

It would be interesting to here some third party testament.

But still, doesn't make it any less ridiculous.

Right here is what I believe probably happened, it has happened time and again as the so called minority wield there unequal power against the British majority.

She has not been bullying the other woman whom is a Muslim, in fact she thought she was doing her a good turn but it was a trap, the Muslim woman did not protest to her at all but waited and then wrote the letter with the sole intention of getting this woman fired from her job and making her lose her profession and career, then the place will likely be filled by another just like her and not like this woman.

But we the British have no longer any right's, our Culture is constantly put down the Evil secularists whom are happy and blind to use what they think are minority faith's without realising that Islam especially is a totally militant religion and the Islamic woman believed that she was Doing Allah's work in getting this Christian Lady fired from her career.

Nurse traditionally were christian's, so were Doctor's and Surgeon's until the Secularist's attacked our custom's and destroyed nearly a thousands years of tradition.

Our soldiers wounded and brought home from abroad to be Treated in the NHS were often treated substandard by Islamic Staff and even ranted and raved at so this is disgusting.

Instead of getting the Disease out of the NHS they have attacked a truly good nurse.

I wish to God and I would pay the price, that I could get my hand's around that Judges throat and ring his illiterate neck, I am utterly sickened by filthy dirty little traitors like him, Our forefathers died for this country, they fought for there children's home and future not that of the Muhammadan's and though we were never xenophobic and we would welcome those that came into our familys but we did not know Islam, Not Islam it is a poison and a snake for were ever they step they believe there false blasphemy against God this thing they call Allah has given it to them but we can never hope to save our nation while there is a fifth columne like that judge and the secularist movement pouncing freely on normal honest good intentioned Christian's.

By persecuting an honest christian this Judge has persecuted Christ himself, I may not be worthy to call myself a good christian because what I have just said I actually one hundred percent mean and totally believe but this lady was a good christian and now her life is ruined by the Lies of a deciever, all that woman had to say was I am not interested and I am sure this lady would have just let her be, they were work colleagues and perhaps she thought she was her friend but now she know's different, one Caveat it could have been her husband, father, of brother because if she took that book home and one of them saw it they may have forced her to write that complaint, you know how honour killing's happen all the time and if she had changed her religion then they may very well have killed her so maybe I am being too harsh to the Islamic woman but I still know in my heart this is utterly wrong that has happend to a Christian nurse in a Christian traditional job in a profession which was founded by Christian's during the Crusade's.

I appreciate much of what you said in regards nationalism etc...but Christians did not invent caring for our fellow man, that is a ridiculous assertion.

But we the British have no longer any right's,.....

Of course we have rights!

It's just people are either too brow beaten, lambasted or dumbed down to frigging use them.

People should simply grow a pair of balls and stand up for themselves and just as importantly each other.

She was fired for harassment nice try though