posted on Apr, 6 2016 @ 10:10 AM
link
A Japanese U-125 belonging to the Iruma air base Flight Check Squadron has gone missing in the area near the base. There were six people on board. Witnesses reported smoke near the Takakuma mountain area. Weather in the area was bad at the time.

The aircraft was inspecting aircraft navigation aids in the area. The Aircraft Commander was a Major, but no details on the crew beyond that have been given out. 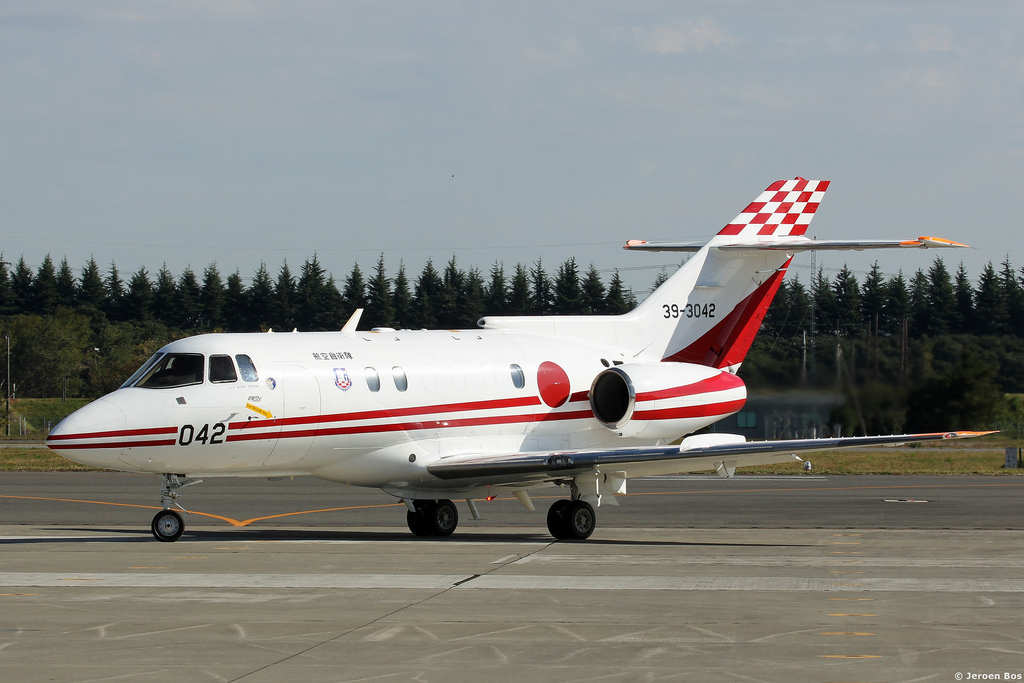 originally posted by: Zaphod58
A Japanese U-125 belonging to the Iruma air base Flight Check Squadron has gone missing in the area near the base.

You'd think with all the tech we have in the world we'd be able to implement some kind of system which transmits GPS location of downed aircraft.

Why are blackboxes not modified to incorporate some kind of transmitter to give away its location ?
edit on 6/4/16 by Discotech because: (no reason given)

Aircraft are already equipped with an ELT, but depending on how they crash it can be damaged and not transmit. The same would happen if they were to add it to the recorders with the amount of damage they usually suffer.

posted on Apr, 6 2016 @ 01:21 PM
link
They were six miles north of Kanoya air base in the Kagoshima prefecture when they disappeared from radar. Over 300 troops have joined the search, which will resume in the morning.

What about a simple ejection system that is attached via cable to the aircraft, on emergency the GPS transmitter ejects from the aircraft and floats safely to Earth with cable attached to the aircraft so people can trace back to it ?

Or forget the wire entirely and have it launched just prior to impact using sensors from a failsafe system surely there's some logical way to tackle this issue ?

I mean from your expert opinion would you say something like this (not what I suggested just in general) needs to be invented ? Would it potentially change things in terms of emergency response etc ? IE would it be a worthwhile endeavour to create a system that works at least 90% of the time ?

The C-135 family had something like that, only it ejected on impact. It was mounted in the base of the tail, with three crush sensors, one in the nose and two by the main landing gear. When they registered an impact it would eject. What was really fun was when the sensors went bad. We changed four ELTs on one aircraft because it would park, and at some point it would punch the ELT.

Airbus has just patented one that ejects prior to impact. I'm assuming that if certain parameters are met the computer will eject it, and there's a manual option, but I haven't seen many details about it yet.

Well that sucks, anything I invent seems to already be on the way to being produced.

Good news for aircraft recovery though, I'm guessing if successful Airbus will be licensing it for everyone to benefit and not just making exclusive to their aircraft ?

Yes, eventually it'll be on all aircraft.

"Because they're airplanes not cars."

posted on Apr, 7 2016 @ 01:41 AM
link
All six crew members are feared dead. The wreckage of the aircraft was found on the mountain.

posted on Apr, 7 2016 @ 09:48 AM
link
They still haven't found all the wreckage, but four bodies have been found. The search was suspended at nightfall again and will resume in the morning. The first body was found near some parts of the aircraft, the other three were found on a cliff. Weather and visibility have prevented them being recovered so far.

Damn! I was hoping for a happy ending.

I figured it wouldn't end well when they reported smoke near the mountain about the time it went missing.

How many black boxes do you think can fly?