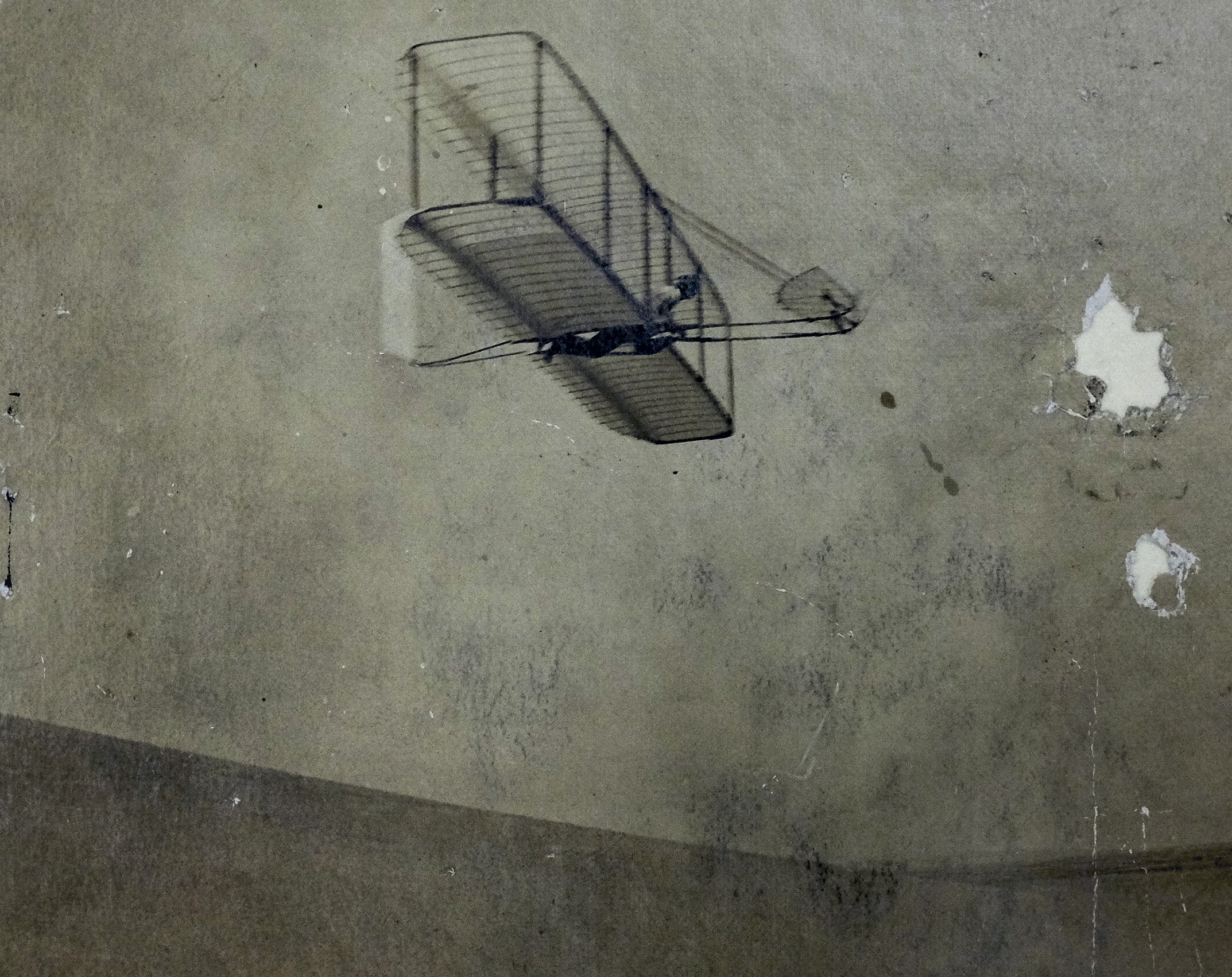 “Be it known that we Orville Wright and Wilbur Wright, both citizens of the United States, residing in the city of Dayton and state of Ohio, have jointly invented a new and useful machine for navigating the air.”

The beat-up manila envelope sat on a table in the National Archives office in Kansas City, Mo. It had just been fetched from a limestone cave outside of town, and conservator Lauren Varga had been sent with a security escort from Maryland to bring it home.

First, she had to check the contents. She opened the envelope and examined one of the folders inside. There, on the cover, was the famous patent No. 821,393. There were the famous names Orville Wright and Wilbur Wright.

And next to the word invention, the cover form read: “Flying Machine.”

The original document vanished around 1980 after it was sent to a special records storage cave in Lenexa, Kansas. Officials noticed it was missing when preparing for a commemoration in 2000 and have been searching for it ever since. It was found a few weeks ago and immediately transfered to a conservation lab in Maryland where it was said to be in decent shape. 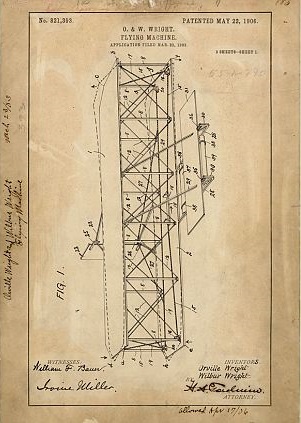 There was the possibility the Wright patent file had been stolen, as other documents have been, such as telegrams from Abraham Lincoln, Yockelson said in an interview Wednesday at the College Park facility.

“But . . . we felt, I guess, all along . . . that it was probably misfiled,” he said. “And figuring out where is that misfile,” among the millions of patent papers, was the challenge.


Letters of Civil War generals and World War II bombing maps have also "gone missing" and deciding whether they were stolen or simply put back in the wrong place is difficult. Many times "lost" documents have been rediscovered within the government's own archives, possibly due to an aging system or merely human error. Anyway, the government is more interested in making history than preserving it. 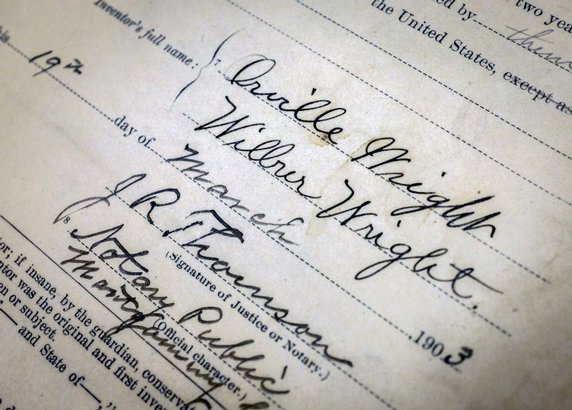 The Wrights, tinkerers and bicycle mechanics, had applied for a patent for their airplane on March 23, 1903, less than a month after they started building it. The craft was made mostly out of fabric and wood.

It was nine months before they got their “flyer” into the air on Dec. 17, 1903, at windblown Kill Devil Hills, on the Outer Banks of North Carolina. The flight lasted 12 seconds and covered 120 feet.

It was the world’s first heavier-than-air, powered, controlled flight, according to the National Park Service, which maintains a historic site there.

By the time the patent was granted in 1906, the file was filled with letters, affidavits, fee receipts, drawings, photos and examiner’s notes, among other things. 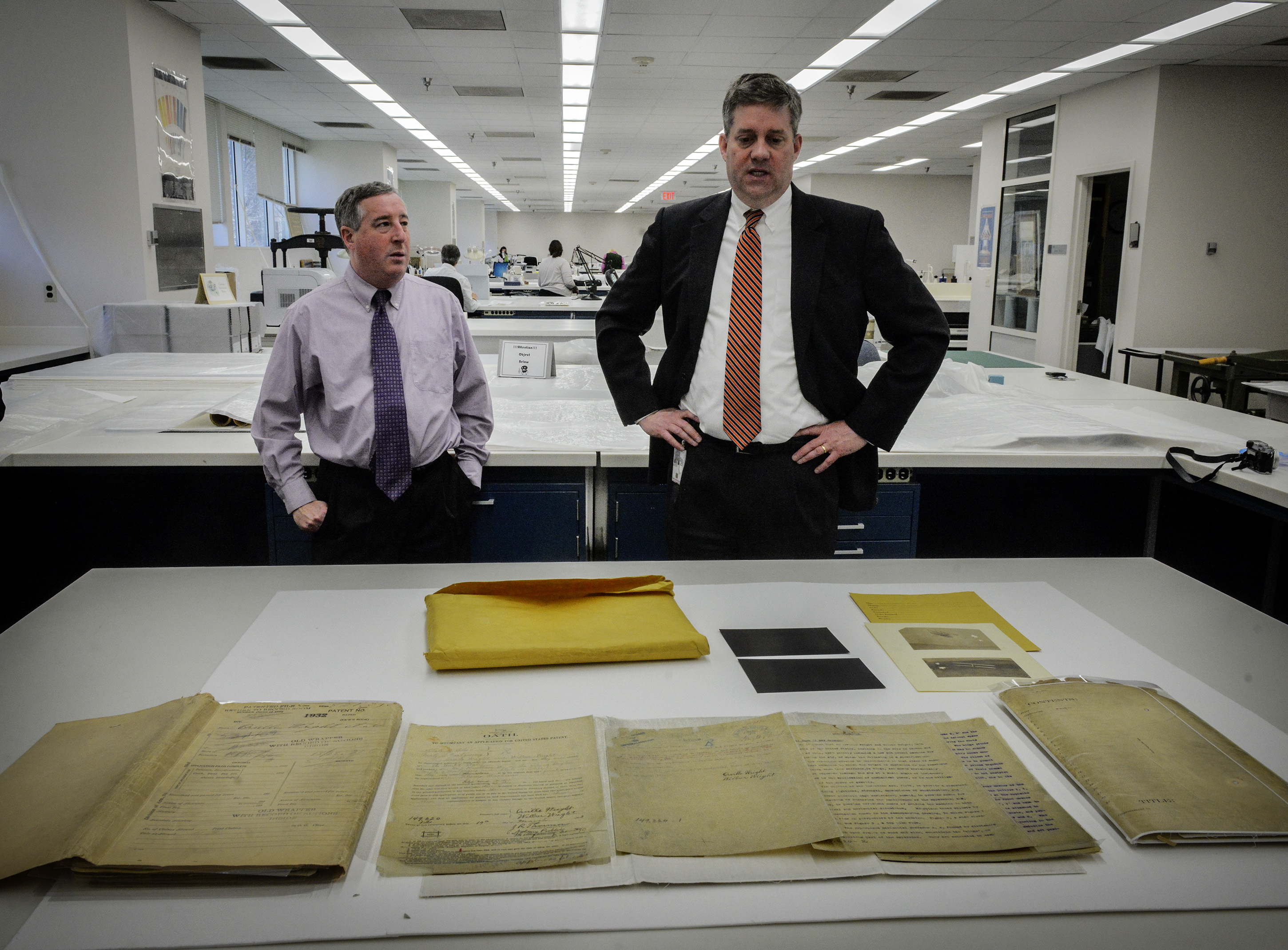 The file had once been stored in the National Archives building in Washington and was later transferred to a federal records center in Suitland, Maryland. In 1979, parts of the file were lent to the Smithsonian for an exhibit and then said to be returned back to Suitland.

“We had a pull slip from our files saying that the document was returned to the National Archives in 1980,” Abraham said. “But . . . that’s where the trail goes cold.”


The records center in Missouri opened in 2003 and the Archives patent files were eventually sent there a few years later. The center claims to have "pretty much everything, except for certain files that are deemed very historical." Likely in the hands of certain collectors, I would presume. 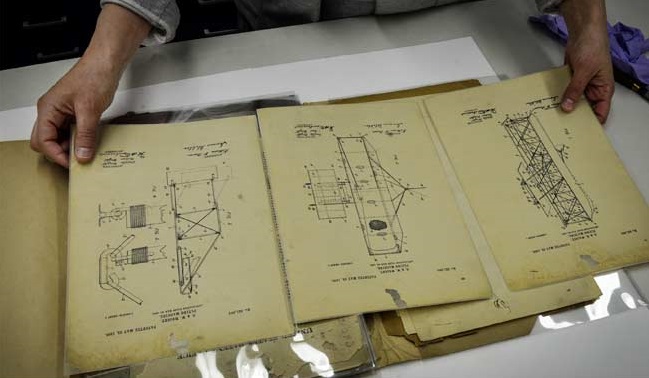 He said he thinks the file hasn’t been seen by archivists or historians since 1980.

Abraham said he did not know why no one had thought to check the other Wright patent files before. “It was just one of those things,” he said.


Well, whoever is to blame for this is probably nowhere to be found, lol. We are all guilty of forgetting the past, but history should never be deliberately erased (or misplaced). I'm glad someone had the motivation to keep looking after it had been thought to be lost forever.

Though it is much more efficient, a strutted wing structure is quite a different concept from a brace and wire biwing. Much less drag. That's one of the main reasons for building monowings.

Though it is much more efficient, a strutted wing structure is quite a different concept from a brace and wire biwing.


Ive heard from a friend who flies WW1 replica Biplanes,Triplanes and Monoplanes the structure does move around a bit with wire and brace structures.

Yes, and besides that, they create a lot of drag.

The advantage of a strutted wing over a cantilevered wing is that the structure of the wing can be lighter in weight. You get to a tradeoff point though. A very high aspect ratio wing produces less drag but requires more weight if cantilevered. Reduce the induced drag of the wing enough (by increasing the aspect ratio) and the added drag of a strut starts to make sense.