A crown fit for a giant? 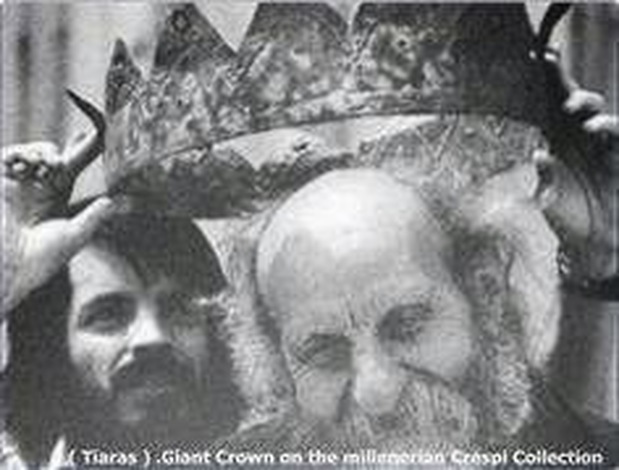 originally posted by: StoutBroux
For those data challenged, here's a pic from OP link


As others have said, they're clearly fakes. The crown, for instance, is done in a fairly simple style of metalwork called 'tinsmithing" (I know how to do this) -- very common in South America and Mexico and creates lovely pieces but nothing as elaborate as a ruler of a civilization would have. If you look at the back of the crown, you can see where people have hammered the design into a fairly malleable metal.

Compare that to Inca gold objects like this one which have inset gemstones and show a variety of techniques: www.thelifeofadventure.com...

One defense offered is this


Richard Wingate, in Lost Outpost of Atlantis, offers evidence for the authenticity of the
bulk of the Crespi Collection. He writes: “Similar epigraphy in Father Crespi’s collection was
also labeled a clumsy Indian fraud until better trained scholars discovered some inscriptions were
written in classically pure Egyptian hieroglyphics, Egyptian hieratic, Libyan and Celt-Iberian, and
Punic.” (p. 108)

...I can tell you right now that no Egyptologist would have claimed anything shown was Egyptian hieroglyphs or even Egyptian. The bull-headed statue and the Sumerian deity are both pieces done for the tourist trade.
edit on 3-4-2016 by Byrd because: (no reason given)

If we found tiny chairs from the past we wouldn't assume that tiny humans built them would we?

They prefer to be called the Kind Folk or Good People, they live beyond the veil

OP, interesting thread even if it is disproven... or is it?