In fact here are a couple of things that show this is happening...

It's videos like these that seem to be making the world a bit dumber than before, in fact it seems to be keeping people from actually using their critical thinking by taking what videos say as the end all truth.

In fact I will go a bit further here with youtube videos...

Chemtrails are one of the biggest hoaxes around and youtube is the favorite place to post videos about them. Now I have seen many people lose their minds over a youtube video that says chemtrails are real without any actual scientific evidence to back the claim...but youtube has video's about them that claim to be the truth.

So whether you believe this or not is fine, but the fact is that many trust what they see on a youtube channel and take it as the end all truth, and that seems to be where the use of youtube is dumbing down humanity.

No. Humanity is dumbing down humanity.

If people will not take the time to investigate claims made in uploaded videos, they are at fault, not youtube.

If you're going to watch stupid political stuff, well stupid is as stupid does.
There are plenty of useful tutorials, everything from lawnmower repair to crafting.

Your problem is what you're watching, not YouTube itself.

posted on Apr, 3 2016 @ 09:22 AM
link
I think youtube is actually increasing knowledge. Its a way to spread information that would otherwise be inaccessible to normal people. There are videos on almost any subject, from how to fix anything on your car to directions for summoning Aliens.


On youtube you can learn the ancient secrets of Babylon, or watch a 9 hour Nyan Cat video. Its up to the person watching what they get out of it, that's the beauty of it.

posted on Apr, 3 2016 @ 09:28 AM
link
Let's blame the media for everything and not the parents and the teachers. No, they're not responsible for any of this. The teachers are untouchable and blameless. It's the media. It's the internet.

They used to say it was TV. Now no one watches TV so it's the internet and YouTube. Always looking for someone else to point the finger at:

Never ourselves or the holy priesthood of public "education".

Yep. My wife works as a research professor. We have been to several talks about the lack of good PhD research students because of things like YouTube.

Turns out it makes you great at following direction and not great at thinking through problems and using creative thinking.

In other words hammering through problems on your own uses problem solving skills that are necessary for research and development .

Not that it isn't helpful to watch a video on how to do something. It's just doesn't exercise you brain to solve problems and since becomes a way of life it's detrimental to that aspect of humanity. This is an actual problem in university labs across the country and the world.
newsroom.ucla.edu...
m.cacm.acm.org...
edit on 3-4-2016 by luthier because: (no reason given)

posted on Apr, 3 2016 @ 09:33 AM
link
a reply to: tsurfer2000h
What brings you to the conclusion that Chemtrails are a hoax. They are a proven fakt.
Do your own research because i'm tired of proving it to close minded people who can't image it that governments doing such things.

Just to name a few. To be sure, these guys have given me some hope in the future.

posted on Apr, 3 2016 @ 10:16 AM
link
Youtube itself is the same as many institutions, it is not your friend. It is not independent, and subject to governmental pressure.
The BBC were able to pull some SSC news sequences that are usually routinely placed on Youtube...off again because there was suspected fake footage for all to see, Youtube allowed that to happen, instead of being 'alert' to what was happening.
Most of those sequences are still on the internet on other video sites, so the ploy didn't work anyway.

For the rest of Google's content, it's the same as everywhere else, from good to bad...the sublime to the ridiculous, as much of the 'chemtrail' videos are, however that does not mean there is nothing to that story, or any other for that matter, unless proved conclusively otherwise. And that's my advice, keep an open mind, unless you really know better.

posted on Apr, 3 2016 @ 11:06 AM
link
I have to disagree also, i find youtube educational with the content i watch. There is disinformation videos thats for sure, but it only takes someone with a working brain to distinguish between the truth.

"chemtrails do not exist" tantrum, again? 😴😴

posted on Apr, 3 2016 @ 11:42 AM
link
I like YT . It has a wide range of subjects and a lot of differing opinions .When I find a good channel I subscribe .When I come across something I think is worth sharing I do . That is a very good thing .TV ,no matter what channel you are on are running much of the same crap .Especially when it comes to news . If you have watched one MSM TV news broadcast you have watched them all . Not so with YT news .

posted on Apr, 3 2016 @ 12:23 PM
link
I think the Internet in general is contributing. Too many people have the idea that because they carry it at their fingertips and can look something up, it makes them instantly smart. No, it only means you know how to Google.

You can't actually claim you know something until you have mastered and internalized the knowledge for yourself to the point where you 1.) don't need to look it up and 2.) actually understand what it means.

In other words hammering through problems on your own uses problem solving skills that are necessary for research and development .

Uh, I don't know the extent to which YT is to blame, but.......going forward, I don't think its realistic to expect people's problem solving skills to actually improve. My work experience taught me that each new generation of worker coming into the workplace has ever lesser problem solving skills. The last batch that came through was utterly hopeless. They had no interest in the job or "working" in the first place and the only answers they would provide were things they could dredge up with the push of a button. When I tried to educate them to the fact that it was necessary to think through each situation to arrive at the right answer, they got hostile and told me that was because the processes were screwed up.

So.........I quit that job and they hired me back a month later as a consultant paying me twice as much and all to do the same job I'd been doing before. Funny thing is that they never fired their new hires, they just let them sit across the hall doing pretty much nothing. Before long there was me and 4 other consultants doing the work the new hires should have been doing.

Knowing that this is going on everywhere has made me a lot more careful out in the world....like stopping at all Rail Road Crossings because the new crews probably don't really care to maintain the signals and cross arms. And flying really makes me nervous if the pilot is under 50. And of course, Amtrack had another wreck today.

God help us when the last qualified and diligent engineer leaves the nuclear power plants. Our future may be a horizon of mushroom clouds.

YouTube and the internet is a reflection of humanity. It's all there in both its beauty and it's horror. Pet videos have higher ratings than TED talks and hoax UFO footage gets more hits than genuine astronomy channels.

The truth is most people use the internet and YT for entertainment over education.

User-generated content is the responsibility of the users. Net neutrality kinda leads on from that in the way we're currently in control of what goes out on the web. When net neutrality ends, we'll look back at these times and wish they never ended

posted on Apr, 3 2016 @ 02:10 PM
link
There is information on YT that increased my gross income to over 150k a year and has the potential to double that in the next few months.

All done on a laptop computer and a smart phone.

Humanity didn't need youtube to dumb down...they are perfectly capable of dumbing down all on their own. 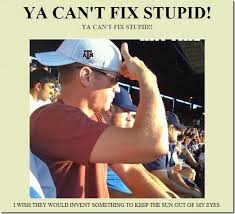 Well I just meant having an easy tutorial instead of working through the issue. Tutorials are fine if your legitamely stuck or pressed for time. However the fact you can look up how to do anything is contributing to people lackbof critical thinking and creative problem solving. Instead if getting to know things through mistakes you just give up without instruction.

Say I don't know why my bike chain falls off. I look it up. Move your back tire out. Great. Fixed it. However without going through the examination and expirementation process you haven't learned any of the other lessons that may present themselves or alternative aproaches. You haven't seriously looked through the system to come up with a solution. You were just told what to do. You may not even understand there is a sprocket chain drive system at all and what makes that work or you seriously needed to grease your bearings.

As this tutorial aproach accumulates through out a life you will miss thousands of side lessons, mistakes that make a larger impression, and critical thinking efficiency without a tutorial.

The reason I brought up research was there are no tutorials a lot of time. You are coming up with expirements to prove and disprove hypothesis or to solve problems. Without those skills you end up waiting for someone to tell you what to do or designing everything based on already existing methodology. Which isn't always possible in research.