Was a Mysterious Creature Filmed in the River Thames?

posted on Apr, 1 2016 @ 10:39 PM
link
The following video has been making the rounds over the past few days and generating the predictable sea serpent buzz. The video was purportedly shot on 3/26 and was uploaded on 3/27 by YouTube user Penn Plate. The only other video from this user was a time lapse video of a London street uploaded on 3/16.

Here's the video in question:

Here's a still front the video:

Theories concerning what has been captured in the video range from three humps of a massive sea serpent to illegally dumped trash. Others question the authenticity of the video altogether.

I'm in the pod of cetaceans (whales & dolphins) camp. To me it looks like 3 animals arching their blowholes out of the water. According to research reported on in this Evening Standard article, there were more than 2,500 sightings of whales, dolphins and seals on the Thames between 2005 and 2015.

Unfortunately and there's not much to add, but from this video alone, it's the same with blurry ufo pics or lights in the sky video there's no way to truly know exactly what it is but Occam's razor says it's either trash or Dolphins.. Cool story though thanks

no blowing took place so it rules out Whales or Dolphins.

I would haphazard to guess but the darkened wake was still present after the so call beast went down so I am guessing it to be a fake.

Good try but it looks like a nice HOAX

To many phone apps allow you to fake anything nowadays

originally posted by: Brotherman
Have yall ever seen the live chupricabra in a cage video?


originally posted by: Brotherman
Have yall ever seen the live chupricabra in a cage video?


m.youtube.com...
I dont think this is photoshopped and look at the claws on this fu**er also their is another vid that's original I just don't have the Spanish link, the original is all in Spanish and all that, the imagery is wild as hell though
edit on 2-4-2016 by Brotherman because: (no reason given)

that's an old one. It was a scabbiedhairless bear in China.

originally posted by: ChesterJohn
a reply to: Brotherman

that's an old one. It was a scabbiedhairless bear in China. 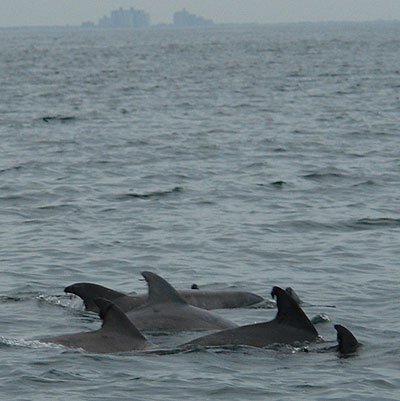 Dolphin in the Thames: 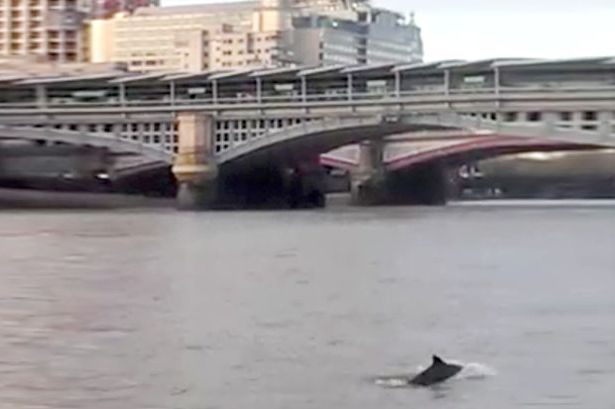 Not even remotely similar


originally posted by: Brotherman
Have yall ever seen the live chupricabra in a cage video?


m.youtube.com...
I dont think this is photoshopped and look at the claws on this fu**er also their is another vid that's original I just don't have the Spanish link, the original is all in Spanish and all that, the imagery is wild as hell though

That looks like a Sun Bear with mange. In my opinion anyway. As for the original video, the still frame looked an awful lot like dolphins cresting. Again, just my opinion.

It's tough to say one thing over another with this one. It's more like evidence of the piss-poor concentration spans we see nowadays. I mean, what would you do? Would you see something unusual breach the surface of the Thames and give up looking after thirty seconds?

30 seconds and they've already forgotten about it...

If I'd have been there, I'd have waited for several minutes and watched for whatever it was to re-surface. Basic curiosity would have pinned me there for a while.

ETA - I lean slightly to hoax

It's a fake.
This is pretty clear if you slow it down and check some of the frames. The shadows and disturbance of the water do not match the object supposedly being seen. The supposed size of this thing would cause FAR MORE disturbance in the water than this video supposedly shows.

Aside from that, if this guy was actually filming that he would not be moving the camera away at the vital moment having seen it and been seemingly filming specifically that thing. This is a sure sign that it was faked, because manufacturing a few frames is easier than manufacturing 1000.
edit on 2-4-2016 by Rocker2013 because: (no reason given)

posted on Apr, 2 2016 @ 04:28 AM
link
Interesting that there was no reaction whatsoever from whoever was filming this. It was taken from one of the Emirates cable-cars though and you're lucky to get a car to yourself so maybe they were too embarrassed to make a fuss if there were other people about?

It does look like dolphins to me but there have been stories of some kind of serpent in the Thames going around for years...


OK. Now we know what's up with that missing North Korean two-man submarine of a couple of weeks ago.

Yea... if I had just seen something like that swimming up a river...

My responses would have been somewhere in the neighborhood of "what the..." or "HOLY Snikeys"