Stiff Little Fingers - This is Punk.

posted on Apr, 1 2016 @ 05:00 PM
link
It's Friday night , time for a trip down memory lane.
In the late 70s I was a young Punk rocker looking to rebel against anything and everything , one band among the many great Punk bands of the time caught my attention and my love of their music still continues to this day , Stiff Little Fingers were a young four piece band from Belfast, Northern Ireland , they were raw , angry and wrote damn goon songs.

Johnny Was , is in my humble opinion, one of their best written in that era and for anyone with an interest in Punk or just edgier music is well worth a listen .
If you already know the band take a stroll down the lane. 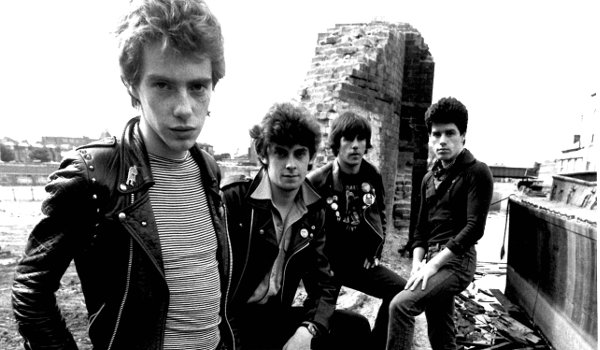 Alternative Ulster speaks for itself , rebellion against the British at the height of the troubles.


And the song that turned me on to the band after just one listen on the John Peel show , Suspect Device.

There are some bands who were great in their time and others who are great for all time , SLF for me are as great now as they were then and worth a listen for anyone interested in the genre.

I loved Stiff Little Fingers in my punk rock days as well.

Though I preferred their earlier stuff, here's Tin Soldiers:

I missed all this, but caught up with it in recent years. SLF, a great N.I Punk band.

Where's Smurfy when you need them?

posted on Apr, 1 2016 @ 06:14 PM
link
I agree they were one of the best punk bands in that first wave. That was a magical time for music. 40 years later, much of that music has stood the test of time. Some of the best stuff is still so obscure.

A few favorites from the 70s:

Dude!
Only proper Punk lovers truly appreciate Stiff little fingers. Top 3 punk bands of all time.
edit on 1-4-2016 by BlueJacket because: (no reason given)

Love SLF, seen them live about 12 times, always put on an excellent show.

Missed them this time round - Grandfather duties! - but apparently they were even better than ever at both Newcastle and Glasgow.

Jake Burns is an incredible song writer / singer who has always been backed up by a really tight unit.
A man who has retained his anger and integrity throughout his 40 years in the music scene.

The thing is with SLF is that you can really related to their lyrics.

In my opinion they are up there with the the all-time greats and certainly deserve more respect and recognition from the music industry.....but then again Jake and the boys probably wouldn't like all the attention etc.

So many quality tunes to pick from, here's two or three.

Love Barbed Wire Love , It showed the depth of the band.
I used to think she set my arm alight until I realised armalite was a rifle.

Cracking tune, like most SLF songs from that time I know the lyrics off by heart.

Another personal favourite of mine;

You're right, the depth and quality of their music and lyrics have stood the test of time and are as relevant today as they were back then.

No-one escapes Jake's wrath and he can be pretty scathing at times.

edit on 2/4/16 by Freeborn because: Add ETA and grammar

posted on Apr, 5 2016 @ 08:14 AM
link
Me and a couple of mates just noticed this and are seriously thinking about going over for it - 2 or 3 nights in Cork and great music with two great bands.

All depends on work and other 'business' responsibilities etc.

This was my zone. In the late 70's and early 80's I was in punk groups. It pains me to say, but I've never heard of Stiff Little Fingers. Never too late to catch up. Thank you so much!

p.s. Ever heard of Boxsarox?

How about GenX? Now we're talking.

reminds me of beach music.