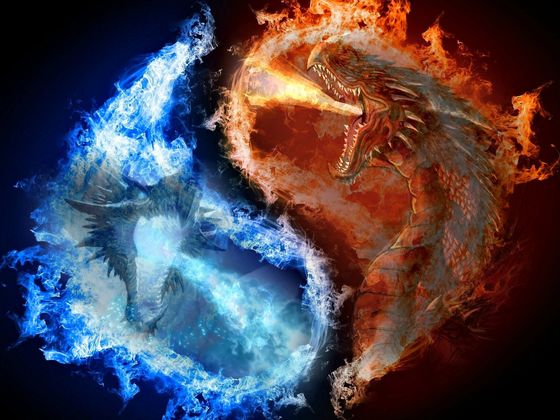 Years and years of research, on topics which would make most people wonder if i was insane.
Sometimes the rabbit hole took my deep in a journey , but as long as you know where you started there was no need for worries.
I dug deep into religion and saw things that not even God himself would justify, but humans refers to it as something divine and im not even religious. I do believe in the concept of religion if the end can justify the means, but all to many would disagree.

Now i stand in the House of God, being able to see and hear his voice is not a gift, its a curse.
God speaks in a language that gave life to the cosmos, all you see and feel around you is his creation but maybe what humans did was not the answer..

My journey took me to places where people called themselves enlightened and asked questions i already knew the answers to. I was looking for the divergent which forms in the passing of ages. Those enlightened found, believed to much in something that was not real and it only comes with despair.. So i asked;" Dear person, are you an enlightened being " and the answer was always replied with love and care..
I knew an enlightened one was nothing more than a monster within the matrix, so i continued on my journey looking for those who could break the broken walls.

Eventually the council of time did find me and at the same time so did the House of God, both approached at the same time and offered things which my fragile mind couldnt handle. So almost two years ago i nearly destroyed everything, the world stopped, a divergency of unprecedented force. Who tapped into all the universes at the same time and all they said;" We need to control him." I was afraid, i saw a another world. Reptiles disguised as humans. For both i was a God sent gift, a transcended being, but without any schooling nor control.

Eventually i looked at myself in the mirror. I saw that i turned into a something else and i destroyed everything around me out of fear. I cornered against a wall and said;" Please help, please help me! "
The council of time offered lies and chains, i broke out and became even worse.
The House of God said "We offer you the truth", and said;" Be gentle and be firm, we will mentor you but dont forget its your journey not ours " So i went to those who offered the release of a curse with no shackle.

I found the place where its said to hold many divergents, i offer you a seat as a Dragon of the old ways. I will always stand true to my cause.
Fly with me and make this world whole again.


Years and years of research, on topics which would make most people wonder if i was insane.

what gives that impression is the rest your post.


My journey took me to places where people called themselves enlightened and asked questions i already knew the answers to.

People that call themselves enlightened are stuck in a box,

what box did you get stuck in?

Reading the rest of your post it seems toooo much internet and tv has you stuck yet I assume you feel like are awakened.

I wish you all the best

You do know this is the short story forum, and well.. If you were offended that i called those who say they are awakened arent.. Maybe its because most arent..
This world is simple, maybe to simple sometimes.. Society offers something to many see as a privilege..

You do know this is the short story forum

is because of the discredit value, shhhh


You do know this is the short story forum


NO I don't know its the short story forum.


What I do know is this thread of yours is in the Origins and Creationism forum.

I think there is no need for that here...it would be like encrypting the already double encrypted message

Many who claim enlightenment are stuck on a singular idea, which traps them in a metaphorical box. At least they have understood freewill enough to choose a path. They may be sheep, but they consciously choose a Shepard.

But those who are enlightened are not stuck in any box. I can do anything but not everything is good for me.

Only the path of virtue returns value to its traveler.

i like long walks with ma dawg, sleeping late, have a paycheck every month, eat a healthy meal.. Somehow as little as i got, i feel like the richest man i know..