I found this and thought it was worth sharing to you guys...

A recent study has shown that, due to mass government surveillance, unpopular opinions are being silenced.

The study is explained as such, as linked from another article, posted by the Washington Post:

The “spiral of silence” is a well-researched phenomenon in which people suppress unpopular opinions to fit in and avoid social isolation. It has been looked at in the context of social media and the echo-chamber effect, in which we tailor our opinions to fit the online activity of our Facebook and Twitter friends. But this study adds a new layer by explicitly examining how government surveillance affects self-censorship.

Participants in the study were first surveyed about their political beliefs, personality traits and online activity, to create a psychological profile for each person. A random sample group was then subtly reminded of government surveillance, followed by everyone in the study being shown a neutral, fictional headline stating that U.S. airstrikes had targeted the Islamic State in Iraq. Subjects were then asked a series of questions about their attitudes toward the hypothetical news event, such as how they think most Americans would feel about it and whether they would publicly voice their opinion on the topic. The majority of those primed with surveillance information were less likely to speak out about their more nonconformist ideas, including those assessed as less likely to self-censor based on their psychological profile.

From the first article:

“So many people I’ve talked with say they don’t care about online surveillance because they don’t break any laws and don’t have anything to hide. And I find these rationales deeply troubling,” she told the Washington Post.

According to Stoycheff, it is those who hold the “nothing to hide” belief that are most likely to self-censor.

“The fact that the ‘nothing to hide’ individuals experience a significant chilling effect speaks to how online privacy is much bigger than the mere lawfulness of one’s actions. It’s about a fundamental human right to have control over one’s self-presentation and image, in private, and now, in search histories and metadata,” Stoycheff said.

“It concerns me that surveillance seems to be enabling a culture of self-censorship because it further disenfranchises minority groups. And it is difficult to protect and extend the rights of these vulnerable populations when their voices aren’t part of the discussion. Democracy thrives on a diversity of ideas, and self-censorship starves it,” she continued. “Shifting this discussion so Americans understand that civil liberties are just as fundamental to the country’s long-term well-being as thwarting very rare terrorist attacks is a necessary move.”

This really made me think.
I always perceived the mass opinion of others to be their genuine one. I guess that's a bit naive, but I always assumed that those who had an unpopular opinion wouldn't be concerned about letting others know this.

But then I looked at myself.
I have been a lurker of conspiracy websites for around 5-6 years now. But have I ever posted about those opinions I didn't agree with?
No. Not really.

I would share an article or two on my Facebook account, sharing my opinion of a certain injustice that is the hot topic of the week.
But I never really commented publicly on what I thought when it was an unpopular opinion.

And why was it?
It wasn't necessarily because I cared what others thought of my opinions/beliefs.

It was because I was scared of being watched.

Even now, writing this, I'm still slightly worried. But since reading George Orwell's book, 1984, which I only just finished this past weekend, I have gained confidence to speak up more about my opinions, no matter how unpopular they are.

And with this, I leave you with a quote from the fantastic George Orwell:

What is your take on all of this? 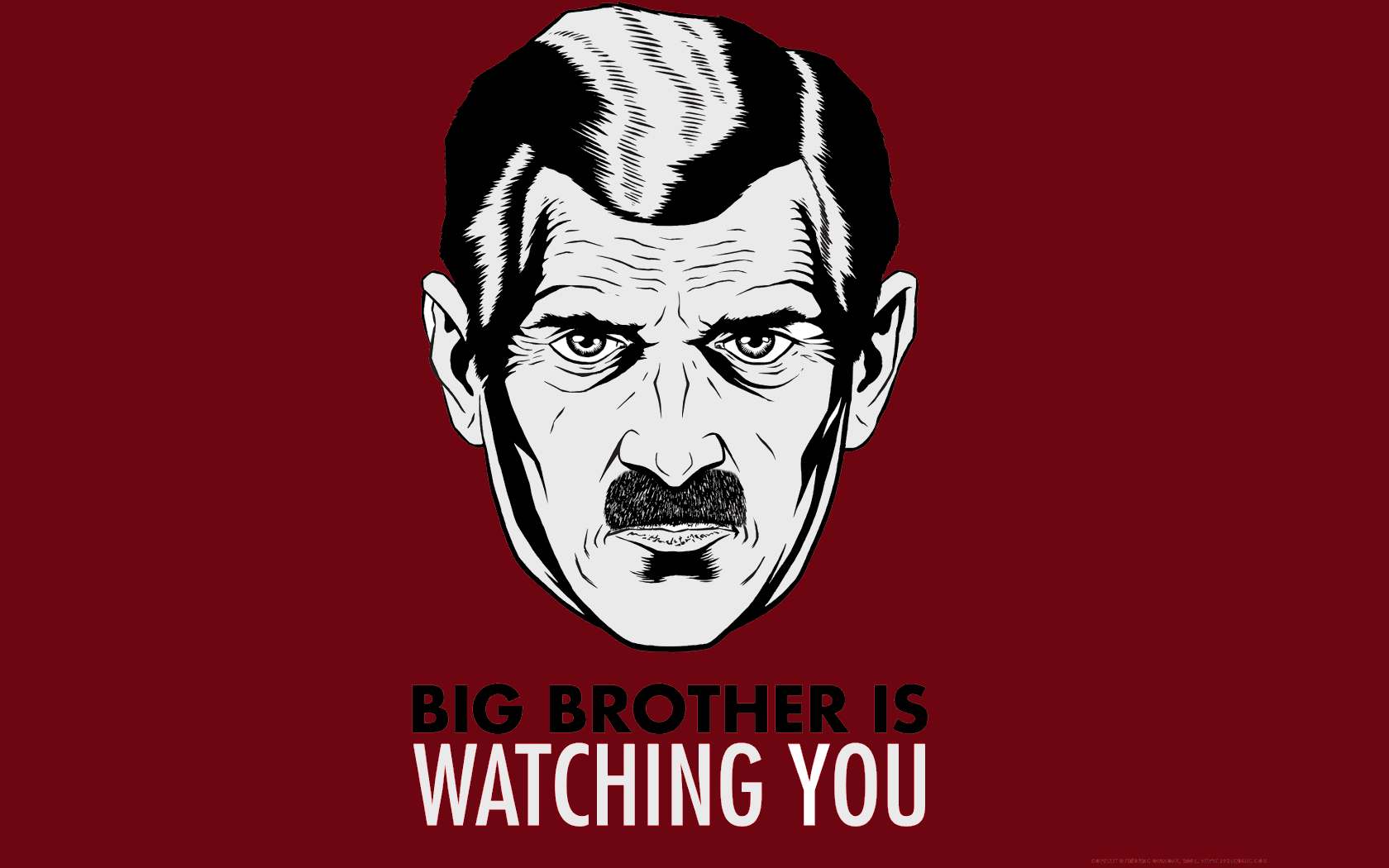 on a personal level I can relate to this idea of "fearing social isolation" and thus, suppressing unpopular ideas..

& I know many more peers/colleagues who are even more apt to not want to discuss controversial subjects.

posted on Mar, 29 2016 @ 09:41 PM
link
a reply to: lydie15
Personally, with this site in mind, I keep my true beliefs hidden because they are looked down upon and I seek to make friends here, not people who view me in a poor light. The government(s) can go to hell.

I also do not seek to argue here too much.

posted on Mar, 29 2016 @ 10:08 PM
link
Just remember, the good ol' us of a came up with the idea that anything against the official story was to be openly disbelieved.

The people running things now were the generation raised on this nonsense- the people settling in for the long haul are the ones raised by that generation.

When the problem is an idea that's been passed down from generation to generation- hundreds, perhaps thousands of years... Run by the most powerful people known to our current world... What do you do?
edit on 29-3-2016 by lordcomac because: fixing link


Personally, with this site in mind, I keep my true beliefs hidden because they are looked down upon and I seek to make friends here, not people who view me in a poor light.


Why? I just don't get that. I would never hide my true self or feelings and present a false front just to make "friends" on the internet. So what if your beliefs are not accepted. They must not be strong convictions if you are wiling to lay them aside so easily. Don't change yourself for electronic "friends".

originally posted by: lordcomac
Just remember, the good ol' us of a came up with the idea that anything against the official story was to be openly disbelieved.

That's really interesting. I didn't know that the Magna Carta, Declaration of Independence & the Constitution were based on conspiracy theories. Something they don't tell you in school these days!

When the problem is an idea that's been passed down from generation to generation- hundreds, perhaps thousands of years... Run by the most powerful people known to our current world... What do you do?

True. That reminded me of this video:


Not completely related, but it ties in with how the masses are told something over the years and generations, and it just becomes fact. Unquestionable. Not to be disputed.
edit on 29/3/16 by lydie15 because: (no reason given)

originally posted by: Tiamat384
a reply to: lydie15
By the way. Like said, great thread. Nice find. Looking forward to seeing more from you.

Not worded the way I should have. I dont seek argument. And by argument I dont mean debate. I mean name calling. Ihave said what I thought and the verbal assault by members...Jesus. Took a break for a week or two. Got exhausted by the site.

The problem with today's world is conformism.
God gave you a brain now use it!
edit on 29-3-2016 by Asktheanimals because: (no reason given)

posted on Mar, 30 2016 @ 03:14 AM
link
Well, I have certainly noticed that when you get deeply involved in a forum (for example) you can definitely see where people self-censor. Because you get to know the people who post there daily and you know which ones typically jump on every little thing that comes up. And then when something really controversial comes up, they suddenly go silent.

Either that or it will be the case where the same people are always quick to jump on every little thing with a different opinion than everyone else but if something really controversial comes up, they suddenly side with the majority. These are people who make no secret out of the fact that they take pride in always having a different opinion about absolutely everything so you know when they're censoring themselves.

Also, the government doesn't really need to work that hard to silence opinions they don't agree with. Really, all they have to do is pay a whole bunch of minions to patrol the internet and make stupid memes and jokes about ideas and opinions they don't like. Which is really bad for conspiracy theories because they already have kind of a bad reputation anyway. All it really takes to shut that down on a "normal" forum is that stupid foil hat meme and you're done.

I've noticed that more and more. They can shut down serious discussion of just about anything by just spraying the entire thread with mindless jokes and memes. Of course some of this is just regular people being jerks but I would not doubt that various governments actually pay people to sit around and generate all this stupid noise. If it doesn't do anything else, it shuts down anyone who is reluctant to be poked fun of. Which is A LOT of people.
edit on 30-3-2016 by BrianFlanders because: (no reason given)

they are doing it againe!
using fear to control YOU!

"This is likened to the Observer Effect, wherein the mere knowledge that one is being observed drastically alters their behaviour. When one is subjected to scrutiny, they react such that either greater or lesser attention is garnered, depending on their regards for the observer."


It was because I was scared of being watched.

Even now, writing this, I'm still slightly worried. But since reading George Orwell's book, 1984, which I only just finished this past weekend, I have gained confidence to speak up more about my opinions, no matter how unpopular they are. And with this, I leave you with a quote from the fantastic George Orwell:


Good you shouldn't be scared.

posted on Mar, 30 2016 @ 02:35 PM
link
This is valuable information, though a bit dated. Yes, humans do respond to perceived peer pressure. Milgram's work wasn't exactly this, but seems to be related somehow.

Peer pressure and marginalization is a tactic of censors and thought manipulators.