posted on Mar, 27 2016 @ 05:37 PM
link
Anyone have information on this program? In the book Lockheed F-117 Nighthawk Stealth Fighter by Paul F Crickmore he states that and I quote " Yet another attempt to reduce visual acquisition took place over four flights, between July 19 and 22, 1993. Code-named "Senior Spud," aircraft 784 was half-covered in a textured, reflective surface". end quote
Here is the aircraft. 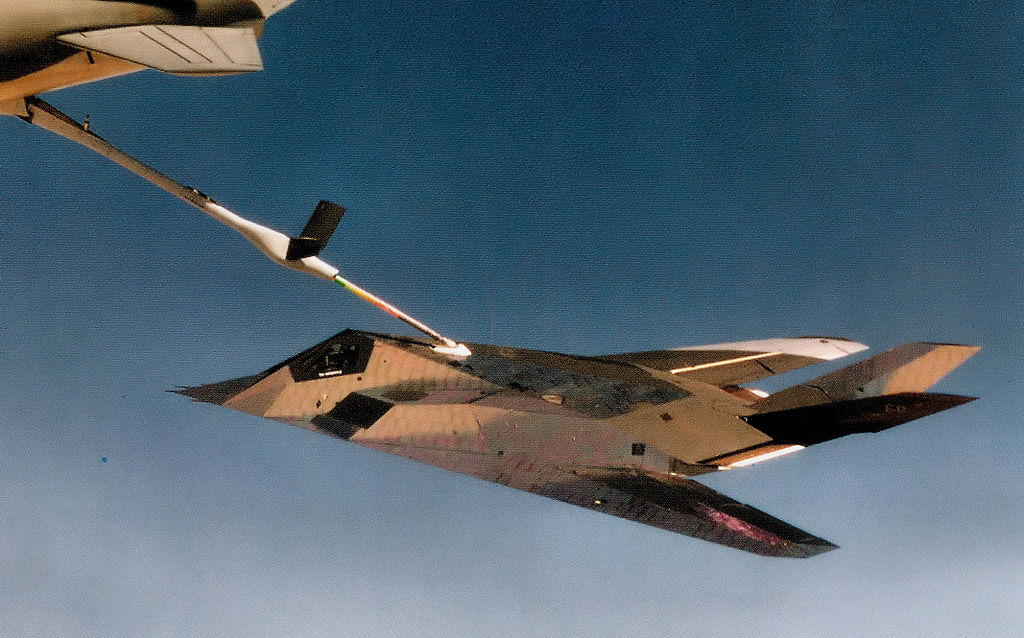 talked about back in the day


If you look here on google books


Looks like they were testing materials for the F-22.

Hum an anti-IR coating not to much info. Was the whole air frame getting to hot to IR sensors? The material sure reflects light in a funny way.

When RAM traps radar energy, it has to dissipate it somehow. It gets pretty hot in certain areas, so they have to try to reduce that signature to protect the stealthiness.

Makes sense Zaphod58 thanks. I also found this on skunk works digest site.


It's been done. YF-117A (792) was used for ARPA tests of exactly that type
of coating to try to reduce the aircraft's IR signature in July 1993. The
project was reportedly called SENIOR SPUD. Tests took place in late morning
or early afternoon and in the predawn and early morning hours.

The coating was applied mainly to the the left side of the aircraft. The
aircraft performed various maneuvers in the vicinity of Edwards AFB,
including low passes over the main runway. IR measurements were taken by
sensors onboard the NKC-135A (55-3135) Flying Infrared Signatures Technology
Aircraft (FISTA).

posted on Mar, 28 2016 @ 08:30 AM
link
I bet that particular F-117 was absolutely stunning on the ground in the sunlight at certain angles. Never had heard of this one, thanks for posting.

In the still photos, it looks like some sort of diffraction grating (what we used to call "spectrum tape" or "rainbow tape" back in the 1970s). I have seen video of the Senior Spud F-117A flying with the FISTA NKC-135. It may have reduced the IR signature, but it increased the visual signature like you wouldn't believe. When the sun struck the coated surface, it lit up something fierce. Seems like a weird idea that didn't really go anywhere.

Could a "muted" version of this skin be the explanation for the almost pearlescent/color-changing appearance that the F-22 and to a lesser extent the F-35 has in certain light and at certain angles?

No, the metallic gray appearance of some U.S. fighter aircraft is due to the application of PACER MUD coatings. On the F-16, PACER MUD involved application of RAM coatings to the forward and side-facing areas . These materials consisted of ferromagnetic particles, embedded in a high-dielectric-constant polymer base. Aircraft with PACER MUD treatments can be recognized by the metallic appearance of their paintwork. In the early days F-22 testing, it seemed like the paint schemes for each FSD airframe alternated between gray and metallic.