posted on Mar, 25 2016 @ 05:46 PM
link
New Age, Bible Prophecy, Disclosure and Galactic Federation of Light all summed up in one theory. Yes, you heard it correctly!

People around the world will be glued to see them up in the sky. There will be a flurry of sales on purchases of various kinds and makes of cameras, telescope with long range lenses to zoom in close up to see more details of the orbiting spaceships. Headlines in all the worlds newspaper will feature all this hovering motherships surrounding the Earth; as they will be seen 24 hours a day - stationary in one place and move from time to time.

Hehe...that was just a teaser but before we jump to the full story I know some of you might be interested in what I think so here it goes. I think this is just another load of.....but on the other hand I`ll be following it closely with fingers crossed

As far as biblical prophecy is concerned the time is ripe for fulfillment. Did you know that the stars and all the constellations that we know since the days Galileo observed the skies using his telescope are now gone and or different? What do I mean by that? Well, the entire solar system is on the move. This explains the dislocation of the clusters of stars that we know from the zodiac, astronomy and etc. are simply not the way it used to be.

The solar system is being pulled by a force driven by divine providence. Our solar system used to be since ancient times is a resident of a neighborhood of stars on the outskirts of the Milky Way Galaxy. We were at the very edge of the galaxy. With this location and address that we held for a long, long time, we were accustomed to the usual and fixed location of the planets and stars in this Galaxy that we see in the skies from that vantage point. However, that has all changed since the planet Earth and its sisters of planets in this solar system went on the voyage and journey that signaled the end of time.
source

edit on Sat Mar 26 2016 by DontTreadOnMe because: trimmed overly long quote IMPORTANT: Using Content From Other Websites on ATS

The on-going move or journey of the solar system is progressing towards the center of the Milky Way Galaxy where the Galactic Central Sun is located. And as of this moment we are approaching the region of the galaxy known as the "Photon Belt". The expected time of arrival (ETA) of the solar system is from April 22, 2016 and onwards. The speed at which the solar system is moving can be slowed down or even make it faster. And so it means it can be earlier or later. When we reach the photon belt; the world including the entire solar system will be bathe and immersed in the light! A phenomenon will take place which is very rare: 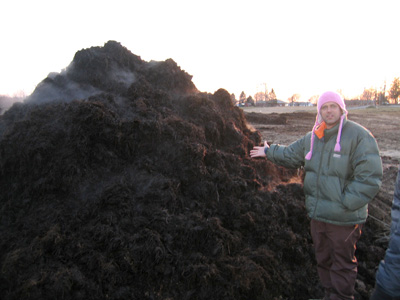 posted on Mar, 25 2016 @ 06:47 PM
link
Is that where a UFO lands and a smiling alien in a black leather 3 piece with gold thread piping gets out and dry humps bigfoot in front of a bus full of nuns?

*Books a flight to Vegas*

I like the theory of it, but I have yet to see any proof of it.

I like the theory of it, but I have yet to see any proof of it.

Hopefully you won`t have to wait long but I wouldn`t be placing any bets on it...that`s for sure


However, that has all changed since the planet Earth and its sisters of planets in this solar system went on the voyage and journey that signaled the end of time.

I know you mean well, and you've already said that you don't actually believe the story...but really, this is plain wrong.

While it's true that our system orbits the center of our Milky way galaxy continuously, it takes around 250 million years to complete one revolution or orbit.

The constellations do indeed change over time, as you'd expect, but this takes an enormous amount of time to happen. Each constellation stays 'in frame' or in the same 'astrological age' so to speak for approximately 2,100 years, with all of the twelve constellations taking around 26,000 years to complete one precessional rotation...like roughly as of now, we are leaving the age of Pisces and entering the age of Aquarius.

Although...even this is wrong, as most people don't know of or completely ignore the fact that there are actually 13 constellations, not twelve, with Orphiuchus (aka The serpent - bearer) being the 13th which everyone ignores.

So it was a full 250 million years since our system was last in this region of galactic space. No astrologers were around then, so it's a moot point as far as constellations changing go.

As is the time to move from one constellation to the next too long to worry about things either, with 2150 years being a relatively long time in terms of technological and astronoical development.

IOW, Galileo was around and looking at the stars only a matter of mere hundreds of years ago...the stars would have barely changed since his time, let alone look completely different today.