Biblical scholars may sometimes forget to consider the Biblical cultural inheritance from the Sumerians and Mesopotamia. Learning about Sumerian mythology and creation stories may shed some light on hard to understand biblical passages, like Genesis 1:1-2 :

So, here we learn that the Biblical God created "the heavens and the earth", but no mention of Him creating the "waters" which He later fly over - why so? A mystery.

It all makes more sense if one considers the Biblical influence from the Sumerian creation mythologi. There you have Tiamat and Apsu, the primordial godesses of "salt & sweet waters" - "sweet" water is what we call fresh water today. According to mythology, before these primordial waters mixed there were no gods and the mixing of the waters created all the gods, of which the Biblical God claims He was the first.

When sweet and bitter mingled together, No reed was plaited, no rushes muddied the water, The gods were nameless, natureless, futureless, ...from Apsu and Tiamat, in the waters gods were created, in the waters silt precipitated. -- Enuma Elish

This is why the Biblical God never is said to have created the waters, the waters created Him as well as the other gods that came later from its sources. 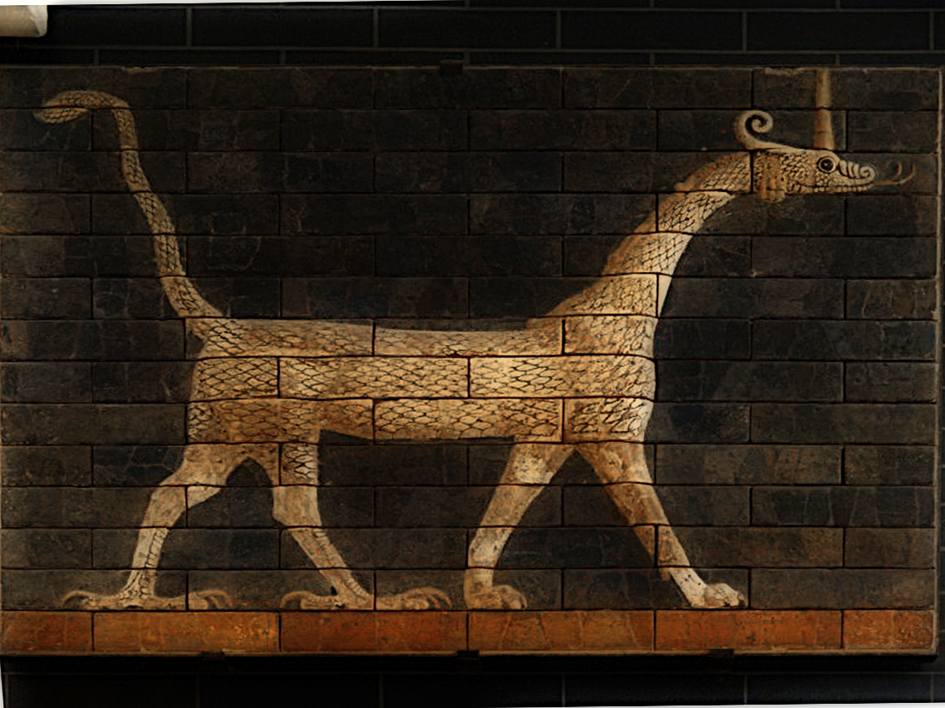 What is interesting for further studies is that in Genesis 1:6, God splits the waters:

And God said, Let there be a firmament in the middle of the waters, and let it divide the waters from the waters.

Muslim scholars have gone in-depth into the meaning of the passage:

He (God) has let free the two bodies of flowing water meeting together. Between them is a barrier which they do not transgress. Then which of the favors of your Lord will you deny.

It is He who has let free the two bodies of flowing water - one palatable and sweet, and the other salty and bitter. And He made between them a barrier and a partition that it is forbidden to pass.

If this is true, then just why did God split the salt & sweet waters? Did he want to stop the creation of any more gods?

posted on Mar, 24 2016 @ 02:51 PM
link
Chemist interpretation. Hydrogen , helium as two gods, they need third one to start a live which is oxygen. hydreliox Comes into equation, after helium gone, we have water. There is no such thing as "nothing" or "emptiness". What humans see as empty space, actually is packed with energy and information, but they want to see a mass as a prove of existence of something. Faith plays a big role of understanding concept of Alpha and Omega. Humanity capable of shifting the balance more towards the information and energy, however mass keep you limited and trapped by creating surreal boundaries and limits, which really do not exist.

posted on Mar, 24 2016 @ 03:09 PM
link
According to Mesopotamian religion there were many generations of gods before Elohim. First there were goddess of the sea Nammu and her husband Anu, God of the sky.
Their children were Enki god of wisdom, Ereshkigal goddess of darkness, Apsu Ocean of sweet water and Tiamat Ocean of salt water.
From Apsu there was Lahmu premordial god and from Lahmu, Anshar also promordial God, Anshar were a father to Enlil who were God of wind and father to El Shaddai which were supreme God of Canaan and father to Elohim...

Messy pedigree indeed .. and each "child " had more children than previously mentioned.. not exactly what is said in Genesis.

More from Historia religionum
edit on 24-3-2016 by dollukka because: (no reason given)

"This is why the Biblical God never is said to have created the waters, the waters created Him as well as the other gods that came later from its sources."

The cosmology and mythology of Mesopotamian creation becomes extremely interesting when compared to Genesis 1:1-10

Enlil gave birth to the moon, who gave birth to the sun. In Genesis 1:3 when Elohim said, "Let there be light," this implies that darkness preceded light,... just as Enlil first birthed Moon (Nanna), who later birthed Sun (Utu).

In Genesis 1:6, Elohim separated the waters. This is paralleled to when Enki/Ea separated Abzu (fresh water) from his wife Tiamat (salt water) by imprisonment.

In Genesis 1:7, Elohim first separated the water under the vault. This is paralleled to when Enki/Ea imprisoned the waters of Abzu underneath the city of Eridu.

In Genesis 1:8-10, we see that Elohim separates the waters to create the land and the sky. This is paralleled to when Enlil slays Tiamat, divides her body, and uses the vault of her chest to create the heavens and the earth.

Genesis 1:2;
"Now the earth was formless and empty (tohu wa bohu), darkness was over the surface of the deep (tehom), and the Spirit of God was hovering over the waters.

This event corresponds to three Mesopotamian deities:
• Abzu as ("Tohu wa Bohu")
• Tiamat as ("Tehom")
• Enki/Ea as "Spirit of God"


"When above the heavens did not yet exist nor the earth below, Apsu the freshwater ocean was there, the first, the begetter, and Tiamat, the saltwater sea, she who bore them all; they were still mixing their waters, and no pasture land had yet been formed, nor even a reed marsh."

So where was this water? It was not on Earth, or the universe .. neither existed.

originally posted by: OccamsRazor04
So your theory is water created God. God then created Earth and the heavens after?

So where was this water? It was not on Earth, or the universe .. neither existed.

The Sumerian Tiamat and Apsu are not physical waters but symbolic. A male and female "force" that mixed together and created the gods.

What they are or are not is meaningless, I am discussing the OP's theory on why God did not create the water, which is described as being physical in the Bible.

What they are or are not is meaningless, I am discussing the OP's theory on why God did not create the water, which is described as being physical in the Bible.

Except they can't be, as it's quite clear the water is physical. It is as physical as the Earth is. Some would argue that the Bible mentions God creating the water when he created the Earth, since He created the whole Earth, which the water was part of.

I fail to see any logical argument that would indicate the water needed to be specifically addressed separate from Earth.

posted on Apr, 2 2016 @ 12:50 PM
link
The 'waters' is dark matter. Nun in the Egyptian pantheon. The water is never described as physical and god flys through the waters before creating the earth i believe.


You know most of this is talking about cosmic creation?

Earth and its inhabitants do not contain a being who refers to the earth as being below his feet.


Ether waters and celestial streams. . Not catfish lakes and mosquito mud puddles lol.
edit on 5-4-2016 by DoctorPoptart because: (no reason given)