There is a GOD. He is not a person, but a global, no! a universal consciousness.

He has no relation to the world, since the world and him were made by the universe.

We shall worship nothing. There is no worship. Worship to us is parasitic and draining. It kills the spirit.

So, we honor things, like we honor our parents or our favorite person who said great things we think are true.

We can honor a scholar, a philosopher, a king, anyone.

In our basic belief of the universe we detest the observer who does not cross into the realm of action. We think there is no sin and no stain on the soul.

There is no need to be forgiven like in the Abrahamic religions. You are responsible for your own balance and if your balance is out of whack we send you off, like a banishment but not a permanent one.

We forgive those we think are worthy of forgiveness. If they make amends so as to restore the balance we perceive they disturbed.

We accept that there is no end to time and that time is not linear. That it runs in parallel with the mind but the mind is constantly trying to contemplate the universe and ourselves in a linear progression. This we see as a fallacy.

There are guidelines but not rules.

1. You dont take power in any sense unless you are willing to wield it properly (true to yours and its purpose)

2. We do not make vows of obedience unless we adhere to them. Vows are like commitments to war. You cant stop in war unless you surrender. You cant break a vow unless you are willing to be destroyed.

3. We can kill people, though if their death creates an imbalance we are responsible for fixing our mess. Killing a weaker person you do not have to is seen as being very dumb. You then used your power in a way that was not true.

4. People can only be guilty of being human. That is ok. We are. You can still be seen as a dumb monkey if you act like one though.

5. There is no punishment beyond self imposed punishment. We have no problem letting you punish yourself. You do /will anyways.

6. We accept those things we can not change but REALLY try to change everything else. Its good.

7. We do not corrupt created things. We create. We can make evil or good according to our measure but we can not take the creation of others to do with as we please.

8. all these guidelines are wrong and should be rewritten. If they made it this far in the teaching, shatter their world and contradict everyone of these tenants. Make them hate everything they did and who they became upon your request.

9. Its good to start fresh.

10. We teach our religion so as to make people see the absurdity of religion when juxtaposed to spirituality.

Once people see the truth, we let them do as their hearts tell them. We only try to get people to think for themselves and listen to the inner master inside.

If they make it this far, give them a cookie and a slap on the ass. Be merry.

if they make it that far, but are still arrogant apes pounding their chests, but now quoting sage words and acting like they are enlightened.....

Maybe tell them to read some good books. (what ever, the old man and the sea is good and just as valid, a comic) If they are too cocky and still full of themselves, revert them to anther religion they are masters of by appointment. Just make it up. Maybe make a cool ceremony and let them have sex with pretty women or hunky men. Both if they like. That will make them feel good. Tell them they are very special and different from others.

You and the others who realize what you are doing, share the popcorn. THAT is the only rule.

We are the religion of popcorn makers. That is out secret.

Also our greatest masters know to melt butter several seconds before the popcorn is done. This is our greatest secret.

We dont really think they are fools. We just know thats what they would think /do think of the others still on step one or seemingly on the wrong list of progression of another religion.

So we call them fools and enjoy our popcorn.

All hail the popcorn makers. We rock!

Basically we like the Jedi spirituality at this point and popcorn. We are Je-dai though, not Jedi.

We like light and dark sides of the force.

The stuff about balance is real to us, but we dont tell anyone. No one believes and would ruin our own perception trying to make it 3 dimensional for them. Thats their job. We only exist.

Well this would be a problem


2. We do not make vows of obedience unless we adhere to them. Vows are like commitments to war. You cant stop in war unless you surrender. You cant break a vow unless you are willing to be destroyed.

I think they are called mysticists.

Only if it makes it easier for them.

Its better than snipping off foreskin or getting a tattoo you dont like.

I would rather they ask for a cool amulet. A bracelet or a chain with a cool symbol

If they INSIST though, just do it.

I asked freemason to let me in without a vow, they said; " No! " so i just smashed the door in and stole every book i found like a gypsy..

Thinking of actually getting mentored by a really great philosopher so i can write in a retarded way..

Get your own way.

If they dont want to share then let them keep their books. Why would you do that?

Its not like they didnt just copy everything anyways and leave out important parts. Maybe its all filler.

They say there are many paths to the top of the mountain.

The echo is all the same.

EDIT TO ADD:
Seriously now, they only show you a path. You still need to do the work. Do you think they are like hording secrets? 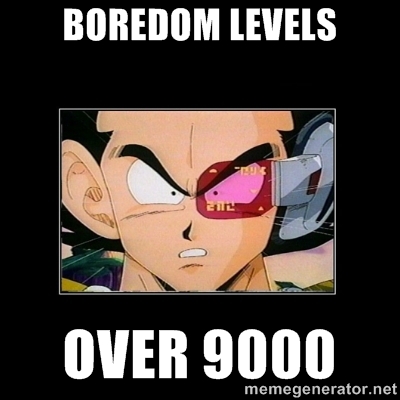 I have been bored for trillions of years before I existed. Now I at least can make popcorn.

Also, There is truth in everything for any good student. Only the most fickle need golden books and great sage words to find wisdom.

There is wisdom in making popcorn. You can still make it well or not.

They sure knew how to fill it with some weird s***, its very lonely at the top.. But no vow, no obligation, so i dont need to stay up here.. So back down again and look for another mystery..

Is THAT not boring?

dont you wish you could be like new, everyday?

Questions, they dont come easily when the answers are in the way.

Answers, always wrong forever after they are right for a short while.

Why is the universe ever changing? You would think it found the best way by now.

Or do you see consistency?

The only thing I see that is constant is change and evolution of all. That is the only pattern.

I am close to that evolution in my absurdity. I get it. Though, I know its just a profane echo.....until its sacred to some for a while. Then profane again.

THAT is wisdom dear sir.

only to the uninitiated.

if you were one of us you would understand.

You are obviously not. Here is where I tell you something mystic and revealing all at once.

Then you think about it and scoff or return for more. Maybe both.

Maybe I missed it....but can you explain why this is in CiR? Where's the conspiracy?

If you need to ask, you do not understand. The answers you seek are in your questions.

Is that more fitting?

yeah, a bird singing or a metal band making you go deaf can teach you just as much as a golden book of sage words.

There is a book I did not read, Zen and the art of motorcycle maintenance. I hear its good.

Its the student that is the classroom. The school house only houses the knowledge until its wood rots and the teachers retire.

The little things, how alike the big they are...

How the form teaches us about the formless.

Why are ideas immortal? Why and how if we that house them are not?

We started here programs with a train going through all of sweden, it got loads of numbers.. 21 hour show, of a train going in one direction...

I wanted to make a show of NYC shortcuts.

Just walking with a camera on my head. Getting north from south very fast....showing people where to walk.

I always end up crossing a highway by the river near the end and it looks like I am going to die from my point of view. It would be fun to watch. I would watch it!

Like hearing a train make stops. The stations just passing by. Ding, so and so stop, next stop so and so....

Lot of good in what you write.

Its very Jewish and Islamic to compare people to monkeys except that in some intelligence tests ape's have been found to be far quicker than humans in counting dots etc so the jury is still out on animal intelligence. And as animals have survived for considerably longer than us humans - rest my case there.

The Abrahamic religions have supposed magic in them already its done by a magician - magic made Sarah pregnant but we know water into wine was a trick with a two compartment jug. Fishes and bread production magic. Also you have the point that islam is rehashed judaism whilst christianity was completely rewritten when Eusabius and the early church fathers realised what was in the Jewish holy teachings. They them created a religion which appeased the holy emperor because it enslaved people to him but it also worked perfectly for judaism which taught Jews were superior whilst Christianity taught Christians not to retaliate but turn the other cheek and basically surrender and l this appears to be working wonders also for islam since it arrived in the West.

We already know that intelligence/survival is a factor present in living tissue - thou can call that God or God's will if you like but you are simply surrendering your own intelligence to the ether. Fun thread through S&F for gall ha ha.

I am glad you can appreciate it. I agree with what you say, spot on. Someone has been doing their homework.