Interesting Historic Facts From Around The World


As a huge enthusiast of world history, and always looking for more information (be that interesting, weird, or downright shocking) about our past, I thought it would be educational and even fun to share interesting/weird/not-well-known facts about world history.

I'll start with a couple I came across this afternoon. I was hoping we could use this thread together as a community, and share any interesting historic tidbits we come across when reading a book, or surfing the web.

Kind of like an online ATS library of wonderfully curious historic facts.

Austria:
The bodies of the Hapsburg Emperors were not buried like other people in one place but at three different burial sites. Since the House of Hapsburg ruled in Austria for so long—1278 to 1918—it became custom to keep only copper urns with their intestines in St. Stephan’s Cathedral. Their actual bodies were buried in the Imperial Vault at the Kapuzinerkirche (Capuchin Church), while their hearts were buried at the Augustinerkirche (Church of the Augustinians). Emperor Rudolph was the first Hapsburg Emperor buried in the vault at St. Stephan’s.

Italy:
In 1454, a real human chess game took place in Marostica, Italy. Rather than fight a bloody duel, the winner of the chess game would win the hand of a beautiful girl. To commemorate the event, each September in even-numbered years, the town’s main piazza becomes a life-sized chess board.

Turkey:
St. Nicholas, also known as Santa Claus, was born in Patara and became the bishop of Demre, on Turkey’s Mediterranean Coast.


Sweden:
Despite being a military power in the 17th century and one of the world’s largest producers of weapons, Sweden has not participated in any war for almost two centuries, including both world wars.


Romania:
The first written document about Bucharest, the capital of Romania, was written by none other than Vlad the Impaler, also known as Dracula, on 20th September 1459. 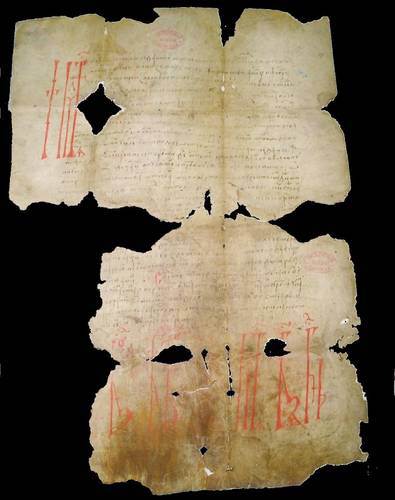 Estonia:
In the Bronze Age a meteorite fell in Kaali on the island of Saaremaa. The Kaali catastrophe was the last known case of a large meteorite to fall on a populated area. Estonia has the highest number of meteorite craters per land area in the world.


Russia:
Before the Romanovs came to power, Ivan the Terrible ruled Russia with a gory fist. Known for ordering that his enemies be skinned, boiled, burned, and broken, he was the favorite Tsar of Joseph Stalin.

posted on Mar, 9 2016 @ 03:16 PM
link
My daughter was watching a thing on YouTube about a girl who was allergic to sunlight. Apparently there are quite a few people who have this problem. There is camp in America for these people and the switch the clock so the sleep in the day and play all night. So anyway this clip said maybe vlad the impaler had this problem too.
edit on 9-3-2016 by Cloudbuster because: Stupid spelling

my grandmother and my cousin both have this. My cousins is bad enough that she has scars covering her body from the sores that sunlight causes.

posted on Mar, 10 2016 @ 02:10 PM
link
All right, here is one that I picked up while reading Sir Thomas Aston's diary of the "Short Parliament" of 1640.
In the seventeenth century, the custom was that the House of Commons would vote on a motion or on a bill by "dividing"; those for "Aye" woud leave the chamber, those for "No" would stay behind, and the two groups would be counted. (The modern practice is that both groups leave the chamber to go to separate rooms).
But why do it that way round?
The answer seems to come in a comment which Aston records, made by John Pym himself;
Pym; "Upon bills they are to goe out for must goe to bring the bill in that are for it"
Translating into modern English; it appears that those voting "for" the bill would take the written copy out with them, and if they won the vote they would triumphantly carry it back.

posted on Mar, 10 2016 @ 02:30 PM
link
In my opinion, though, isolated titbits of history are less interesting in themselves than understanding the connections between them.

For example, the tribe known as the Lombards invaded Italy from the north in the eighth century.
They conquered the north, giving their name to Lombardy, and they pushed through to dominate the south, but the power of the Pope was just strong enough, with help, to resist them in the centre.
The most striking result of this incomplete conquest is that it imposed a north-middle-south political division of Italy which remains visible on maps until 1870, more than a thousand years.

Wow I'm sorry to hear about your family and sunlight. It must be a really really hard thing to live with. Is it genetic maybe. Can they tolerate sun when filtered through special glass.? I did read there is maybe some drug that might help that makes the body produce melamine sorry I'd that's the wrong spelling. Any way all the best to your family