Came across these contract mod announcements.

Sikorsky Aircraft Corp., Stratford, Connecticut, was awarded a $387,181,200 modification (P00333) to contract W58RGZ-12-C-0008 to exercise the option for 35 UH-60M helicopters. Work will be performed in Stratford, Connecticut, with an estimated completion date of Dec. 31, 2016. Fiscal 2016 other procurement funds in the amount of $387,181,200 were obligated at the time of the award. Army Contracting Command, Redstone Arsenal, Alabama, is the contracting activity.

Along with this one are some other contract news for different branches.

They're also going to get an upgraded -60 for the Air Force UH-1 replacement for the missile fields and CSAR requirement.

Those Hybrids aren't cutting it.

The Osprey is doing fine. It handled its first combat deployment better than many established helicopter airframes have. They also have absolutely nothing to do with this contract since the Army doesn't have any.

Bell said no more traditional helicopters for them. They're going all in on the hybrid tech it seems.

Helicopter technology is approaching the limits of what they can do. 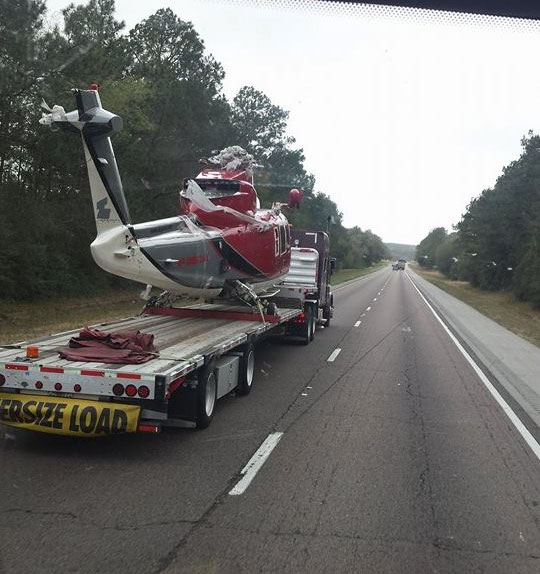 Too radical. Operators didn't want to have to pay extra mechanics and for different parts, etc, even though it proved time and again how much better it was.

Aerospace has some of the most brilliantly innovative tech and the most curmudgeonly operators. gah.

Did it reduce the acoustic signature at all? I was under the impression the interaction of the tail and main rotors was a nontrivial part of the noise...

twere I a billionaire, I'd be asking if the patents had expired yet.

Funny, because I just saw a few NOTARs sitting out on the field yesterday. I was trying to explain the novelty to some neophytes, but I think the wonder was lost on them.

There are some out there. The Honolulu Fire Department replaced Air One and added Air Two with NOTARs after One crashed during a rescue. A jacket blew out the door and fouled the tail rotor.

They should have been a hell of a lot more successful though.
edit on 3/9/2016 by Zaphod58 because: (no reason given)

There are a lot of drawbacks that rarely get mentioned, but i still would have thought a lot of police departments and fire rescue would have bought in. A local department has a few, but the ones I saw yesterday weren't them which is what surprised me. Funny that a thread mentioned it the same day

The first ones I saw were all police or fire, then they just disappeared.

What are the drawbacks? I don't know choppers as well as the stealthy fast movers.

Basically weight/drag. You need quite a bit more tail to offset the lack of tail-rotor at cruise. That means drag compounded by the need to use it for yaw-stability. It also means structural weight. Both those things are sort of a debbie-downer for performance. It affects payload, range, speed, etc. It's also is said to be slightly less responsive than the tail-rotor with yaw-authority. Having all the workings on the inside reduces noise for the external observer, but makes the cabin louder.

On the otherhand, noone risks running into the tail rotor during entry or egress, you can put that SOB into a tree without any real damage, it's quieter from the ground than the tail-rotor, and the mechanical workings seem to be much less likely to fail in flight.

So it really depends on what you're going to use it for and whether or not you think the advantages outweigh the costs.