The Rendlesham glyphs in Penniston’s notebook could be hieroglyphs

posted on Mar, 9 2016 @ 07:44 AM
link
I recently visited a museum where Egyptian hieroglyphs were displayed. I saw two hieroglyphs there that looked a lot like two of the symbols scribbled in Jim Penniston’s notebook.

In this picture, at the top right, you can see these same hieroglyphs. One looks like a fat capital A without the horizontal line, the other one is right next to it, a rectangular base with a cone on top:
picture

So I decided to dig in a little deeper.

Egyptian hieroglyphs each have a name, so I’ll give you the links to the lists with their names and refer to them by name from now on:

Names starting with A-L:
A to L

The two hieroglyphs I described above are ‘bread-cone’ and ‘hotep’. The bread-cone means ‘give’ and the hotep stands for ‘peace’. So together they mean something like ‘give peace’.

I even found a picture of a very ancient hotep hieroglyph that matches the general size and thickness of the one in Jim’s notebook:
ancient hotep

What about the rest of Jim’s scribbles? Could they be copies of hieroglyphs, too?

The first one, on the top left of the page, I could not identify. But the flag-like symbol next to it is the ‘flag’ hieroglyph, which stands for ‘god’. And the three vertical stripes next to it simply mean ‘plural’, i.e., ‘gods’ instead of ‘god’.

On the second line of the notebook page we have the bread-cone followed by the hotep, as explained, but what could these three things above the bread-cone mean?
It appears that three stripes next to each other can mean ‘plural’, but can also mean ‘we’ or ‘us’.

So together we have something like ‘gods we give peace’.

Now we can try the last one at the bottom of the page, the triangle within a sort of circle with things at two corners of the triangle. This could very well be the ‘float’ hieroglyph scribbled down in a hurry. The float stands for ‘to provide’, ‘to supply’, or ‘to equip’. It is a triangle, with a circular form around it and a smaller conical box at each corner of the triangle.

It is interesting to note that, according to Wikipedia, ‘hieroglyphs’ meant ‘words of the gods’ in ancient Egypt.

Any thoughts? Any experts on hieroglyphs on this forum?

It would be helpful if you posted the symbols from Peniston's notebook for comparison to the Egyptian symbols. 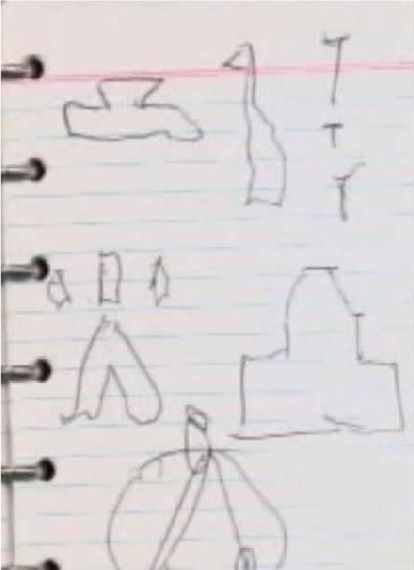 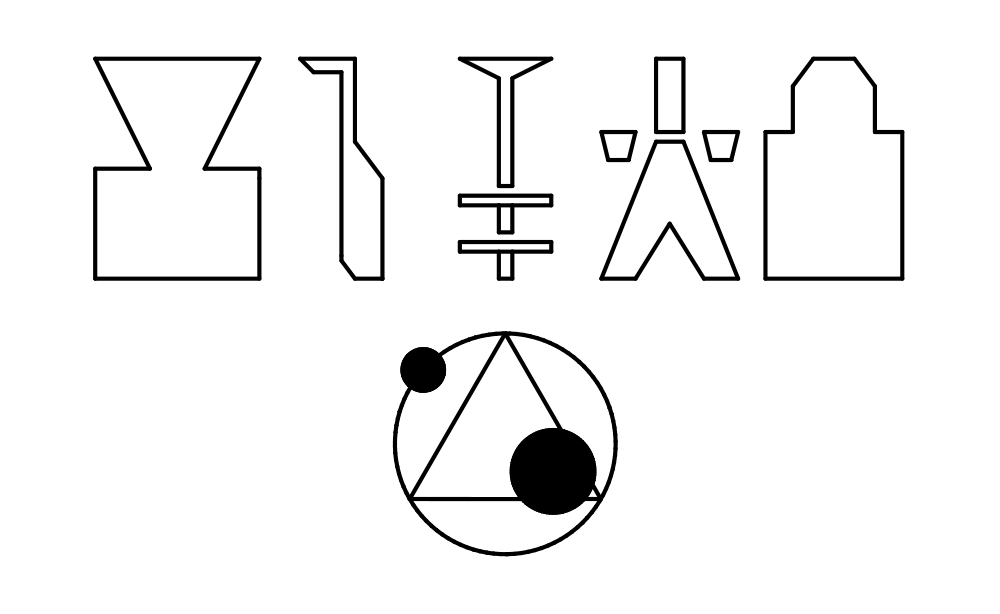 I dont know, I think I preferred Eric Oullet's interpretation of these (Illuminations).

posted on Mar, 9 2016 @ 10:35 AM
link
a reply to: BlackSunDog
Thanks for the info, would you have a ref/link to Eric Oullet interpretation ?

In his original witness statement he never got close enough to see anything on the craft. So he's either been making up porkie pies or even worse someone has planted false memories in the guy.

I tend to think the idea from those symbols or glyphs that Penniston drew were inspired by someone looking at Egyptian hieroglyphics first.

I saw two hieroglyphs there that looked a lot like two of the symbols scribbled in Jim Penniston’s notebook.

In other words: So what?

Listen, this is one aspect of this case that we all need to agree on:

This phenomenon? Based on how this case has gone?

It has two possible sources:

2. Some technology that mimics the same phenomenon induced in people by the weather.

That phenomenon needs to have a purpose in the world.

The weather needs no purpose, at least not one that requires any speculation to make this post work, so let's set that aside for right now.

Someone mimicking this weather phenom: Yes, it needs a purpose in the world, because purpose is what supports budgets.

That purpose can be described as a "payload". The goddamned thing is out there because it is meant to deliver a payload.

That payload? Is these stupid "hieroglyphics" that this thread is referencing?

Just because a few random Egyptian hieroglyphs (from different periods) kind of have a similar geometric shape to some of the liar Penniston's doodles means nothing. The resemblances are a stretch, at best. If there were even just one that matched, you might be able to present a (rather poor) case, but you don't even have that. 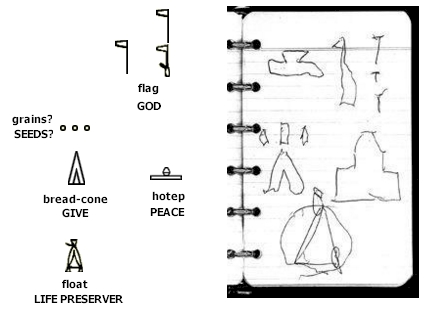 posted on Mar, 13 2016 @ 08:16 AM
link
Thanks for that picture, Defragmentor, it really shows how the shapes of Jim’s glyphs match actual hieroglyphs.

Not only that, but together they seem to tell something about ‘gods who provide and give peace’.
(Many flags, of a flag followed by three vertical lines above each other, can be translated to ‘gods’, and the ‘float’ can also mean ‘to provide’ or ‘to equip’.)

I really don’t know what to think of it.
The binary codes are a proven fake to me (because they match the tele atlas Woodbridge coordinates of that time (2010) in 7 decimals, which is extraordinary since the public maps only had 6 decimal accuracy. Oddly, all other coordinates that followed after this criticism have 6 decimals).

So who made these glyphs, and why? Was it Jim? Did he just make up some random glyph-alike figures that happen to match? Did he copy them from a museum or website? Did he get help from someone?

As always: More questions than answers … and I don’t have the answers.