New federal guidelines have just been introduced across the country, and what they mandate is quite disturbing to civil libertarians. The FBI has now instructed high schools across the nation to report students who in any way criticize government policies and what the report phrases as “western corruption.”

The FBI is interested in determining – as part of some warped “pre-crime” program – who might become potential future terrorists.

The FBI warns in the report that that “anarchist extremists” are no different that ISIS terrorists.


Are you concerned about the FBI’s new “pre-crime” high school spying program?

When I went to school I was taught to question everything specially the government.

In other news: It could have been China, too

we should also start burning books we disagree with

they already live in the most inherently suspicious country on earth. these proposals underline that.

Are you concerned about the FBI’s new “pre-crime” high school spying program?

The rise of the Hitler Youth.

And people whine about Trump.

CrikeyMagnet
+3 more
posted on Mar, 8 2016 @ 03:24 PM
link
I would be more concerned about the students who do not question the government. The questions should have to be suppressed, and the will to fight should have to be beaten out of them before they become soft and pliable. If they're already docile and trusting, it must be an act. 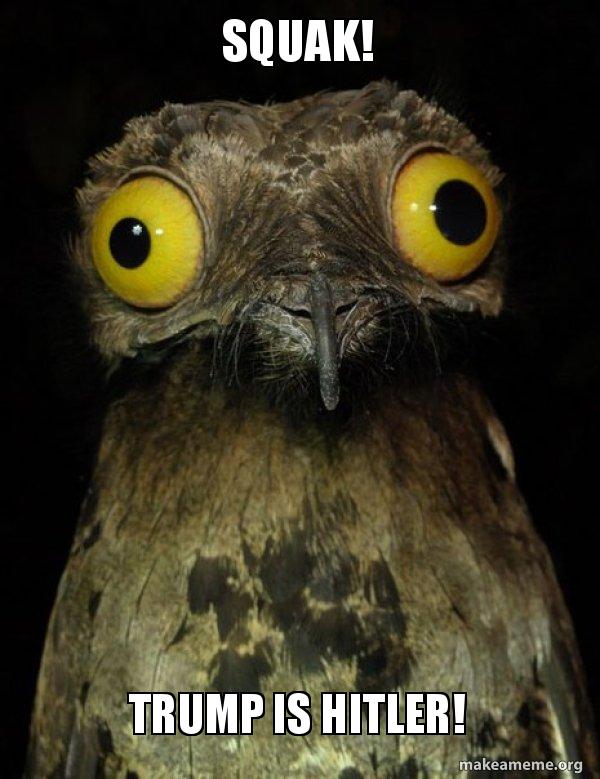 Those who are okay with this because they do what they are told, and their children would never put them in that position, will be surprised when they get a knock at the door, over something even more ridiculous.

Should we hurry to usher it in if we can't stop it?
edit on 8-3-2016 by jadedANDcynical because: (no reason given)

Can we all set aside our political differences for a moment and just agree that this is a terrible idea, an affront to civil liberty, not at all conducive to free and open society, has far more potential for abuse than stopping terrorism and should be roundly denounced by absolutely any rational person?
edit on 2016-3-8 by theantediluvian because: (no reason given)

I used to thank members of military for fighting for me. But now that I realize they haven't fought for the American people in decades they can eat shat.

America is not the land of the free, that's the greatest lie ever told. We get to pay some of the highest taxes in the world for that honor. Country is garbage.

I wonder how many of those teachers will actually do it?

I wouldn't. FBI, or whomever, can suck it, frankly. I will say what I wish, and allow others to say what they wish.

For those who may or may not be reading my words...

Allow me to repeat...

I will say what I wish, and allow others to say what they wish.

ETA: I do reserve the right to disagree with them...

posted on Mar, 8 2016 @ 03:35 PM
link
... and everyone wants to know what happened to the Millennial generation. Well they grew up and came out of these same schools where these ideas were just getting going.

I agree, this reminds me of Germany during the rise of Hitler. The German government did the same thing in their schools.

This why I celebrate every instance of the FBI being one upped by other intelligence agencies. The FBI has a dangerous history of being the STRONG arm of the corruption in DC.

They have NO BUSINESS bothering people for political affiliations, literature and so on, things they have done in the past.

They educate and train so as to reduce THEIR PEOPLE into weak and lame idiots.

If thats the country they like, then fine. It shows their level of progress and WHO THEY ARE. Cheap dictator`s iron fist.

Thanks FBI. How about you target the MANY slave drivers of children being sold into sex slavery IN THE US and stop worrying about what A DEMOCRACY talks about as far as political ideology. Oh thats right, DC said to not worry about that......Wonder why?

I think of every instance of an average good person being sat down and intimidated by these bastards and think how great they must of felt acting from a gang mentality of strength in numbers and SUPERIORITY complexes.

Hmm, maybe someone need's to get a picture of the Director of the FBI in a compromising position with a naked vacuum cleaner and blackmail his ass off.
That's more or less what the Mafia did to J Edgar Hoover, but it was not a vacuum cleaner it was a young boy and apparently old J Edgar liked it rough?.
Then again Hitler was said to be a sado masochist as well.

This is driving an even deeper wedge between the US citizen's and what are supposed to be THERE intelligence agency's.

I wonder if someone is actually working to destroy or destabilise the US by doing this behind the scenes and getting ridiculous policy's like this put in place, it smack's of a reverse psychological attack on both the US citizen's and the men whom are supposed to be there protectors there Federal intelligence agent's.

Almost like someone intend's to make the FBI into the bad guys in spite of the fact most FBI agent's are probably just as concerned about this as the parent's of kid's whom are now being faced with a big brother neo fascist type secret police regime.

So is someone, perhaps someone with a vested interest in a rival agency setting your FBI up for a fall and doing so deliberately, the straw that broke the cammel's back.

We know the agents whom shot LaVoy (another thread www.abovetopsecret.com... ) are probably dirty but whose orders were they actually following because they were following orders in there action and are they also being set up as scapegoats now that has gone wrong as part of this grand scheme, Who is pulling the shot's this is bad and need's some real investigation by the FBI's own agent's under there original mandate which was supposed to allow them to take action right up the food chain even to the senator level to fight organised crime (And this is organised crime after all) or else your protection against a real coup - the FBI it was there purpose to stop organised crime and that includes coup's - will be lost.

You are being set up to turn on them, they are being set up to have there power's curtailed by angry senators given the motivation by angry US citizen's and that gap will only then be filled by another Agency, one with far dirtier hand's whom do not play by the rule book and have done more harm than good, indeed one that the FBI should have shut down long ago but they got too big and too powerful.

I wish you well in the US but thing's are getting very bad in the west in general and if the US fall's to this type of fascist control with the last vestiges of your freedom of speech taken away then it simply won't be the USA any more.

And nothing personal...but if you are going to say something in your OP headline, it helps when you actually provide a direct link to it..

The legacy of J. Edgar Hoover is still at work.

This is why, why, why we need to be involved in public affairs in our communities, and nation. Whether here in the U.S., or elsewhere.

If we don't fix it, prevent it, who's going to?

I think it's all the more reason to home school.

A 'public' education isn't worth much today.