posted on Mar, 7 2016 @ 06:39 PM
link
With the growing threat of drones being used either stupidly or intentionally near airports and other sensitive areas, an English company (OpenWorks Engineering) has come up with a novel idea for drone intercept and capture. It works (and looks) like a shoulder fired missile but uses compressed gas to fire a projectile that contains a net and parachute to bring the drone down safely.
The drawback I can see is that it doesn't look like it has much range from the video and you have to get rather close to the drone to hit it. However, if it's able to keep one drone away from a busy airport it would be well worth the cost given the potential loss if a drone hits an airliner.

posted on Mar, 7 2016 @ 06:43 PM
link
Make them wall-mountable, please. I want one on each corner of my house. Maybe on fence posts around my property if there is a volume-price plan!

Throw the Skywall idea in the trash bin.

Probably a far more pressing concern at airports in the UK and around the globe today is not drones but Laser pointers which are freely available on the internet and even in novelty shop's, pilots recently in the headlines have been blinded by them, children have caused damage to there own retina's as well when well meaning but uninformed adult's have bought the kid's these items thinking they were just glorifyed torches (have you ever known a little boy not to look into his torch).

One extremely concerning incident.
alert5.com...
But was this just idiot kid's or a terrorist trying to cause a crash?.

Drone's though pose a very serious issue as they are getting larger, faster, quieter and smarter.
Strap some explosive's or a chemical or biological weapon on them and you have a very dangerous delivery system for short range stand off strike's.

There is also another danger with MIlitary drone's, due to there vulnerability to enemy jaming and hacking these drone's are growing smarter with new generation artificial intelligence and are actually growing more and more like the drones from the terminator movies in there concept?, where will that lead?.

Drone fighters jet's for instance can in theory move with no regard for a pilot so can push the air frame far beyond human tollerance potentially outmanouvering any manned aircraft and performing combat moves that no human ever could as well as being potentiall far more accurate and lethal than there human counterpart but to stop this ever growing march toward a machine based military would require a new and strictly adhered too global weapons' ban and treaty which of course would only end up being circumvented and sidestepped or simply ignored by rogue state's in the future.

So I am afraid they are here to stay and the only way to combat them is with better anti drone drone's, a drone to kill a drone, perhaps an AI guided drone using a derivative of this net technology could be one solution but the shoulder mounted launcher is frankly laughable, better using trained birds of prey like the dutch police are doing.
www.theguardian.com...

Not for forensic investigation, but yeah you probably didn't watch video.

I really don't have to.

Drones operate off a signal, if you're not going to use jamming technology, then use bird-shot.

yup use jamming tech around a busy non-military secured civilian airport that relies on communications the best choice! Or just plain ole bird shot you say?

You don't know why your wrong until you watch the video. Auto targeting net capture device is obviously the safest and the only way to guarantee forensic evidence is intact whether it be your finger prints or hardware. I'll let you pick up all the pieces, brush for fingerprints and somehow hope the data drive was not damaged or whatever hardware it used to transmit data after you have "disabled" it with your bird shot.

Well, I'll just leave it at this.

I'm right, I always am, concede to my rightness.

Link states you are wrong about your wanton use of shotguns. accept both realities.

if you're not going to use jamming technology, then use bird-shot.

if they want evidence, track the remote control or stand under it and catch it. a lot easier then trying to hit it with a net at less then 100 meters, especially if its at speed! 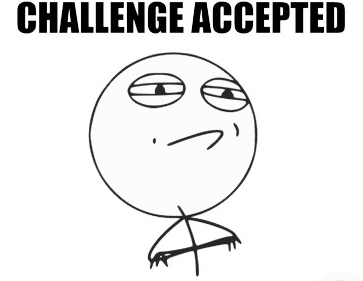