The Humanity party. Vote Anonymous in 2016.

The Humanity party is Anonymous giving us an option this election cycle to create an new party by using the "write in" option. If enough people write in "Anonymous" the law says that the Humanity party can be registered and included in 2020 election. A party of delegates/candidates(eta) chosen by anonymous(US?). They offer an updated version of the Declaration of Independence(Declaration of Reform).
Party site.

Some graphic images in video, discretion is advised.

I have mixed emotions in regards to Anonymous and this plan.
I believe in their overall statement. But have some concerns with the actual power structure of the movement.
Is there someone/people at the top?
Or is it an entity that is completely controlled by the millions of people participating in the movement?

I suppose time will tell. But having another political party surely wouldn't hurt the people. But it would hurt the corrupt two party system we are stuck with at the moment. I am well aware we have other parties to chose from. But running on a platform that isn't democrat or republican approved is political suicide right now.

Out of protest I was only going to vote for my local officials again.
But seriously considering this option.

Very interested to hear what the ATS community thinks about this.
edit on 7-3-2016 by JAY1980 because: (no reason given)


A party of delegates chosen by anonymous(US?)

Ahhh YEEAHH, how about NO.

originally posted by: interupt42
Ahhh YEEAHH, how about NO.

Exactly. If I am going to piss my vote away it will be for something that I truly believe in, not some feel good, Facebook hits nonsense.

posted on Mar, 7 2016 @ 04:03 PM
link
Don't fall into that same trap those conscientious Ralph Nader voters fell into. Vote for the lesser of the two evils you think have an actual chance to win. That's how it works.

originally posted by: Blue Shift
Vote for the lesser of the two evils you think have an actual chance to win. That's how it works.

Sorry can't do that. The lesser of 2 evils is still evil...
I will not be held accountable for gradual downfall of this nation by simply accepting the 2 party system and voting for "The lesser of two evils". That's a cop out in my book...

originally posted by: and14263
I respect the idea but aren't they busy bringing down ISIS and elite VIP peado rings? Or is that all finished now?

Exactly. If maybe they followed through on one of their previous promises I might consider.

But they remind me of the establishment politicians. Promising unicorns and delivering $h!t.

every human thus given the respect and honor of being born into our world, and so-named equally by those here now, will be provided and guaranteed free food, shelter, clothing, health care (both physical and mental), and education, from the day of our birth to the day of our mortal death;

originally posted by: BIGPoJo
a reply to: JAY1980

*Sigh* I know...
And I definitely don't agree with everything proposed here. But it would be nice to break the cycle someday. Really just looking for some intelligent conversation on the proposed Declaration. Probably barking up the wrong tree. To much vitriol on ATS in regards to politics...

originally posted by: AugustusMasonicus
a reply to: schuyler

I guess it depends on whom you can enslave to produce the stuff for you.

We already have a secretive organization running the United States of America, we don't need another.

All talk and no action.

Anyways I do not trust annon, here is why, they could be anyone including Establishment politicians, I am already sick enough of those and the ones who play those power games disenfranchising the people.

The only reason I and Avoiding the Burn is he is a sitting Senator and I look at it as him commuting dereliction of the duty he was dully elected for.

And of course I believe sitting Legislative branch in any form should exclude you from Executive Branch with he exception of the speaker of the house due to the case of death of both the Prez and VP. (dang that eliminates all the main stream candidates except Trump and he is out because he pays to play the game.)

To all [s]the snipers and naysayers[/s] you fine peeps who may not have seen this,
let's hear some constructive comments about this:

posted on May, 11 2016 @ 04:34 AM
link
VoteAnonymous is a sad attempt by cult leader Christopher Nemelka to grab for absolute power, and create his version of a totalitarian New World Order. Yeah, you get some free stuff, or at least the PROMISE of it, but ALL of your freedom is taken away, so the Humanity Party can do whatever they want with you.

I don't know if Nemelka is acting alone or whether someone is using him.

A satirical video of the Humanity Party: www.youtube.com...
In this video's description you can find a link with the worst dirt on Nemelka's wannabe political party.

Anonymous denouncing him and other impostors: youtu.be...

allowing the party & the people to select their own representatives.

Imagine that, having a third choice at election time that isn't a corporate pig! 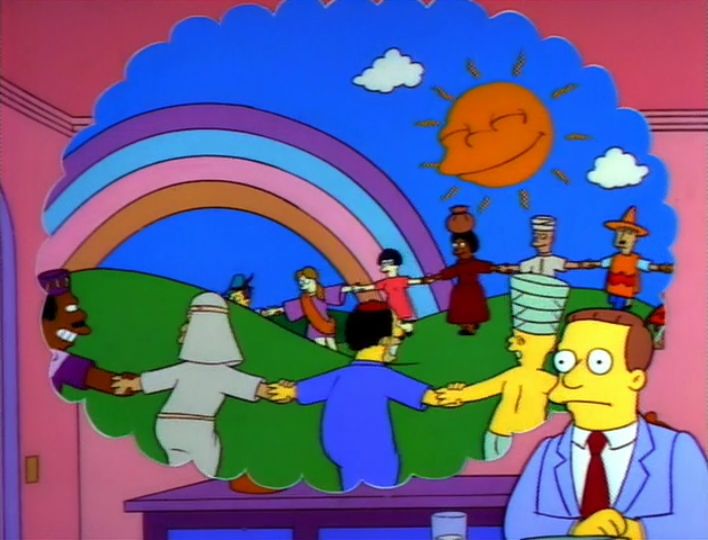 Well the Humanity Party seems to be a party of the young, angry proletariat or something that wants a dictatorship of the people. Perfect 3rd choice. They also expect Advanced Humans from space to come save and rule us, or something.