posted on Mar, 5 2016 @ 10:02 PM
link
So just a few things up front. I live near Moffett. It is in the heart of the SV and there are plenty of bike trains running in and around the airfield. It is home to the 129th Rescue Squadron and NASA Ames. It is a former NAS and was home to extensive P-3 Orion operations during the cold war and my father was stationed there in the 90's as a civilian civil engineer for the Navy. I also am lucky enough to fly out of periodically as part of my job as a Transport Nurse. So I am very familiar with the airfield and its normal patterns of operations. To say I'm familiar with the base is an understatement. Click the link below for an summary of the field....

Today was a rainy one in the SF Bay Area and blessed with a trail system for bikes it was a perfect day to go mud riding. The trail swings all the way around the field and it is possible to sit on the end of the runway usually but the trail is down for repairs until 3/15. All was normal till low over the Shoreline Amphitheater i spotted an F-15 with gear down flying slow. Its patter was not typical for the field or the weather. If its a westerly approach the IP is well over the bay coupled wit the fact that San Jose International routs its planes in that vicinity during these types of weather conditions. The F-15 was flying over the google complex and really close tot he power lines that ring the bay. I took a few picks and increased my pace to get closer to the field because you never know...... inbound the F-15 appeared again. Then a third time. The visibility was poor as you will see so I thought he was doing go arounds. 3 times in total. 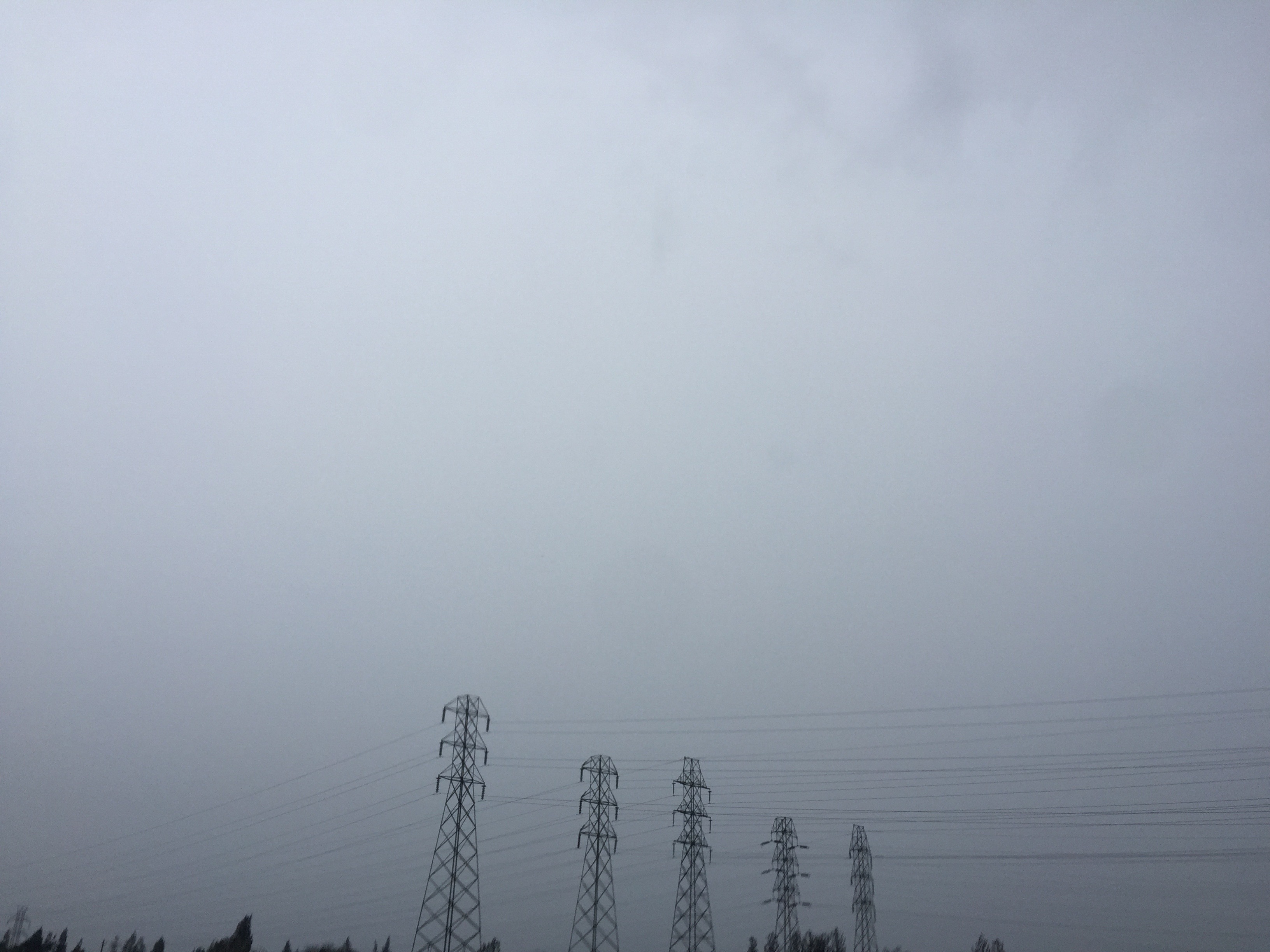 Then a Gulfstream appeared, also flying a NON standard pattern and landed 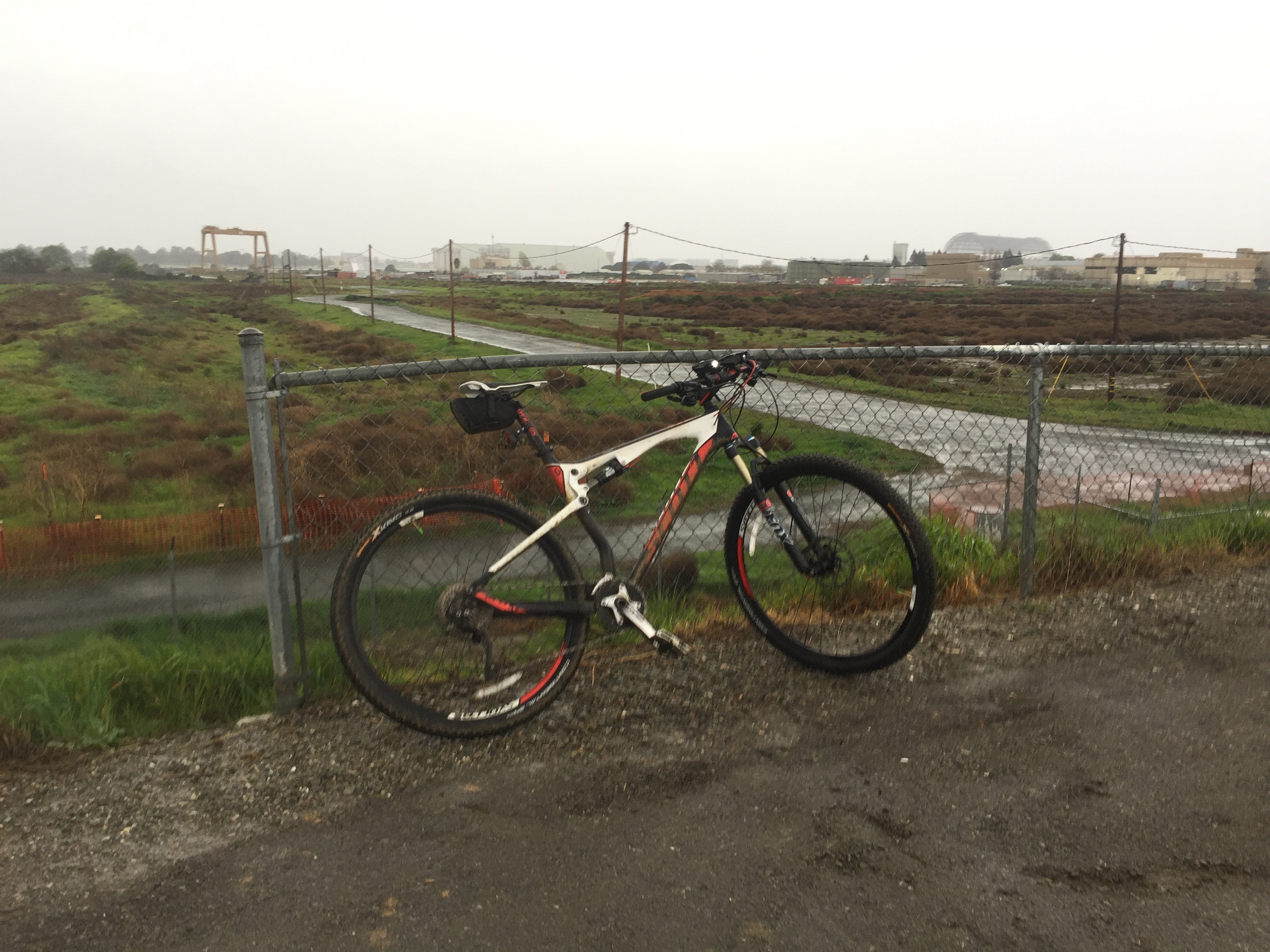 Then heading home this overflew me clearly with auxiliary tanks

So were the F-15's escorting the Gulfstream? F-15 are not typically seen at Moffett. Plus using non standard approaches bad weather in Class B and C airspace. No flights are logged for the field. NASA has several gulfstreams but they are typically escorted no could I make out NASA logos etc (albeit viability was bad)

Yeah but it was on approach. But it was waaaay of any normal pattern and most would not have noticed coupled with very few people around

posted on Mar, 5 2016 @ 11:02 PM
link
Probably un-related to your sighting but Ash Carter was down in that area last Tues. speaking a t some conference in SF. He was up here at JBLM a day ago or so. I was looking for big wigs of any kind in the area today but came up empty unless Carter went back down South after he left here.

originally posted by: Sammamishman
Probably un-related to your sighting but Ash Carter was down in that area last Tues. speaking a t some conference in SF. He was up here at JBLM a day ago or so. I was looking for big wigs of any kind in the area today but came up empty unless Carter went back down South after he left here.

posted on Mar, 6 2016 @ 12:40 AM
link
I used to work at Moffett until I retired about a year ago. Also I am a private pilot and used to fly out of NUQ (it's three letter identifier, at the time it was a Navy base). So I'm reasonably familiar with the traffic patterns in the South Bay Area. I live in the Santa Cruz hills above Silicon Valley and this afternoon I heard what I think must have been the F-15(s) you saw, flying over my house. The weather was solid rainclouds at what seemed to be about 500 feet above my level (which is about 1500 feet, MSL).

Due to the solid overcast, no aircraft was visible, but it sure was loud. I could tell it was probably a fighter due to the "sizzling bacon" frequency content of the exhaust note. (No high-bypass turbofan whine.) I assumed it was probably either going into or coming out of Moffett because it is still a Federal Airfield and that's the only place left in the Bay Area where fighters can get military JP fuel. So it's quite common for military and other government aircraft to RON (Remain Over Night) there.

For those not familiar with the weather in the Bay Area it generally comes in two flavors--no weather at all (CAVU, or nearly so, about 80% of the time). In fact the good VFR weather is one of the main reasons an airfield was put there in the first place. The rest of the time we have fronts passing through. When that happens--like today--all the airports in the Bay Area switch from Nortwest facing runways to Southeast facing runways. At Moffett, they go from runways 32 to runways 14. All the airports have to coordinate the switch, otherwise you would have departing jet traffic from Moffett and San Jose, for example, flying directly at each other immediately after takeoff.

The aircraft that I heard today would be consistent with one or more F-15s staying in the runway 14 pattern for touch-and-go landings. (Although I did briefly consider the possibility that they were conducting an intercept mission near my house.)

Google bases a number of their corporate jets at Moffett, including a 757, a 767, and a Gulfstream. A variety of Three Letter Agencies also fly unadvertised executive jets into and out of Moffett, so the Gulfstream is not necessarily related to the F-15s.

a reply to: FredT


El Chapo has sneaked back into California, with a little help.

originally posted by: butcherguy
a reply to: Aliensun
It could be a rendition flight for a very important renderee.


Well, you got me there. (This respondent throws up his hands in bewilderment and goes to pee.)

posted on Mar, 6 2016 @ 07:04 AM
link
a reply to: Aliensun
There are so many things that we never hear about, even 50 years later, since flying into another country and snatching someone out from underneath the official noses is illegal in almost every case.
If we snatched El Chapo and made it look like he escaped, his escape would be big news in Mexico.

I think the rendition operations would be for people that have something very important to tell us that required some coercion to get out of them.

I think we know plenty about El Chapo, he probably gets a paycheck drawn on a US Treasury account.

posted on Mar, 6 2016 @ 09:45 AM
link
You guys are funny. I've worked on Moffett for several years and have 15 years working with the AF. F-15s and 16s stop at Moffett every now and then, it is absolutely nothing out of the ordinary. This is a guard base, they fly back and forth sometimes just to have sh!t to do so the toys aren't taken away. As far as Google, yes they stash civilian planes there now because the scumbags bought a portion of Moffett recently. NASA owns the property and nerds like fellow nerds... it is Silicon Valley after all. The real focus should be on how Google owns over 138 buildings in the mountain view area, essentially creating their own city. Guard bases are as boring as you can get guys, trust me. Oh yeah, the upper management #heads at Google also like the base because it has a golf course in the back which is exclusive to the installation. A majority of the US has no idea that self righteous dorks have been ripping apart the country by introducing technology we don't need..... advances in technology which are focused through the selfish desires of these nerds have completely alienated a huge, hard working portion of our country. These tech companies are dividing us as we just assume all technology is good technology. Bay area people are the greediest people on Earth right now.

Like someone recently picked up in oh I don't know, Iraq?

posted on Mar, 6 2016 @ 02:40 PM
link
The F-15s were there because it's a duty weekend for a bunch of units. If they were escorting the Bizjet one would have come down almost to the runway by him with the other behind him, then they would have bugged out quick. They burn a ton of fuel intercepting.


I find your perspective interesting. Perhaps something to be more aware of.
edit on 6-3-2016 by TAGBOARD because: (no reason given)

I think you chaps might find "The Invisible Pyramid" by Eisley a pertinent read.

posted on Mar, 7 2016 @ 08:52 AM
link
They could have been calibrating the Instrument Landing System.