a point by point demolition of the flat earth claims

1 – the Eratosthenes experiment – to save space :

a – the moon APPEARS round – whell suh

Now – is the moon a spheroid or flat disk in the sky ?

It can be simply established by an experiment with 4 iteams

A dark room , a basket ball . a flat disk and a torch

That given observation A B and the experiments results that

And can be paraphrased thus :

“ take a sighting of polaris from any point north of the equator , and the angle at which polaris appears above the TRUE horizon is the latitude “ 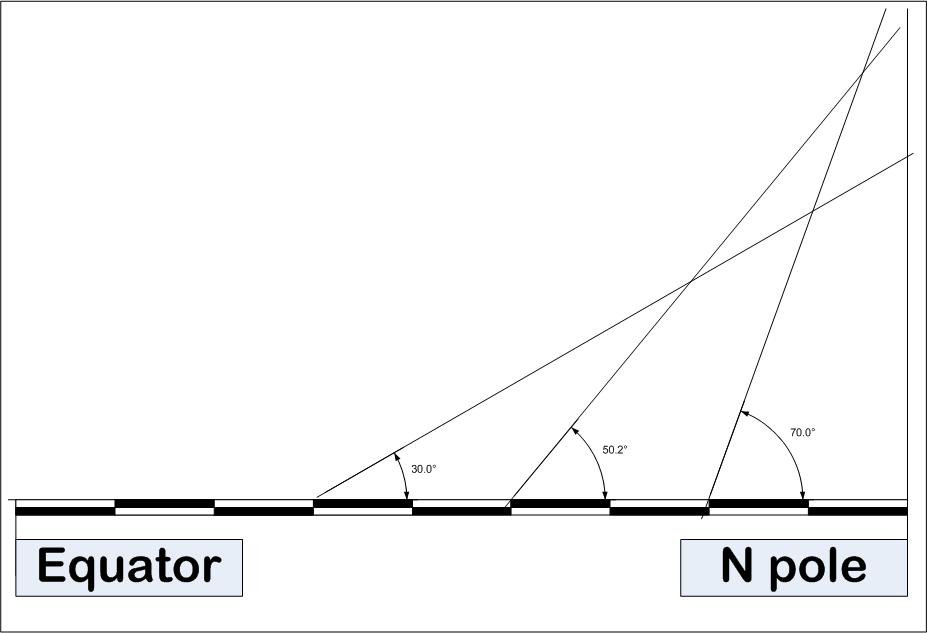 But hey – lets crash on

Then lets put this to the flat earth test 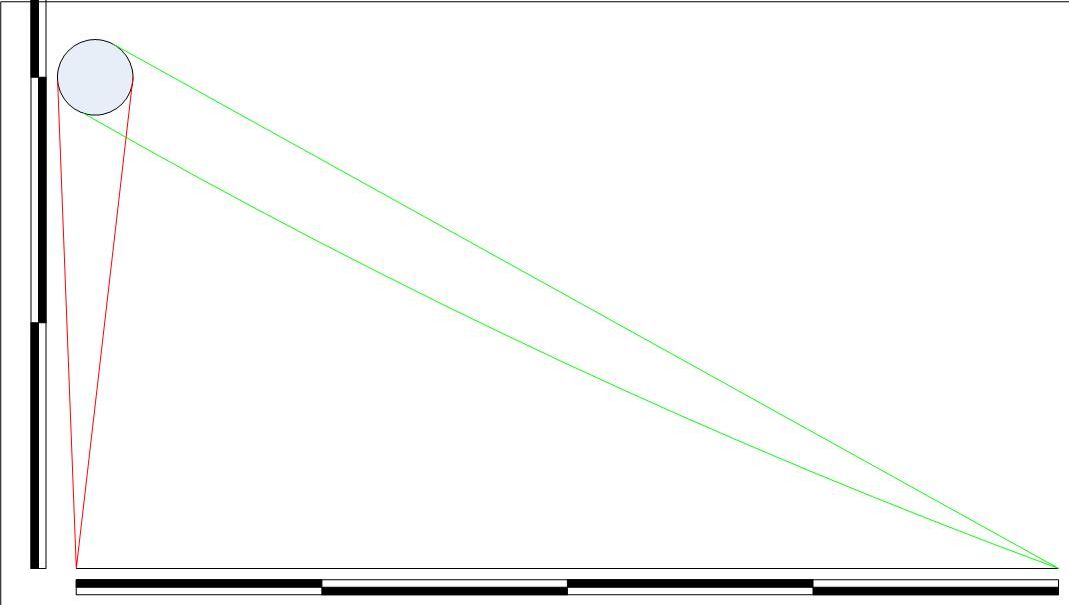 Egro – the moon is further away by a magnitude

There – another nail in the flat earth coffin

So without further adoo : Longitude

To save time – read this wiki

At different latitudes – the measured distance between each degree of longitude changes .

If you subscribe to the flat earth delusion – its fooking hysterical

And the further south you go – the sillier it gets

As seen on the flat earther map 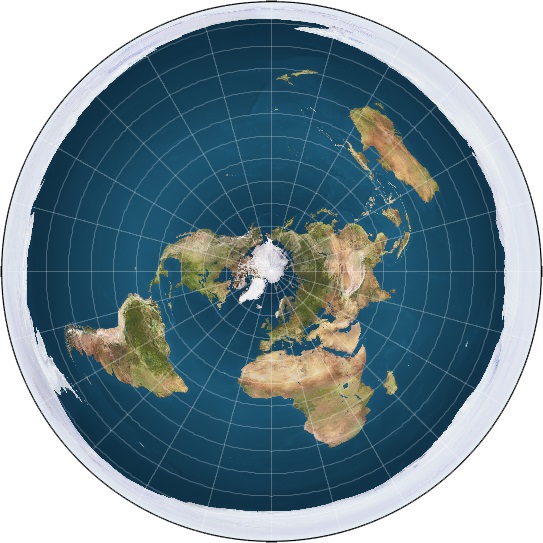 Then – saving the best till last – observable daylight

Lets see how this looks on the flat earth map 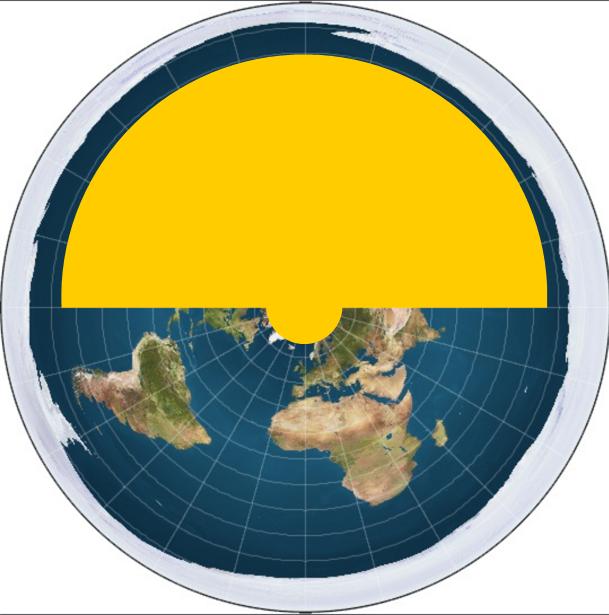 Hold on – it gets better

Now – back to the flat earth fantasy map and lets see how that observational fact looks : 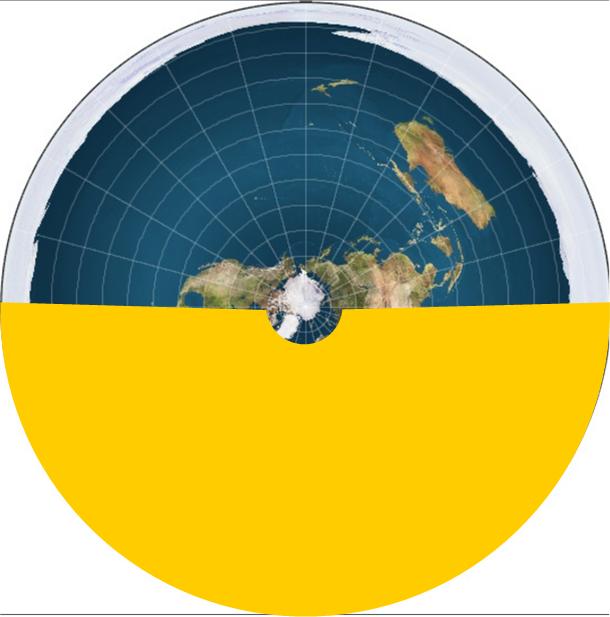 Yeah – that’s what “ flat earth research “ gets you

There endeth the lesson . The eaerth is a spheroid – QED

Done their own research my arse

edit on Mon Mar 21 2016 by DontTreadOnMe because: fixed mod error...sorry

posted on Mar, 4 2016 @ 12:36 PM
link
No no, the moon and sun are flat as pancakes always pointing toward us so we don't see they are flat. Thats proof that the earth is (also flat) the center of everything, don't you read history?

Here there be dragons…

But (and i feel bad for asking this)...do you honestly feel there are enough FE believers on ATS to warrant all this effort you went to? I always got the impression that there was only a handful of people at most (2 or 3).

Either way, this is all great basic info and i hope people read it and learn something.

there are quite a few flat earth threads - i might link a few more of them to mine - and see what happens
edit on 4-3-2016 by ignorant_ape because: (no reason given)

All the images you have posted are flat!
Show us some round ones - or it aint true!

posted on Mar, 4 2016 @ 12:46 PM
link
Watching a ship leave a seaport, and head to-wards the horizon, why does the hull disapier first, then the superstructure, then the masts/radar domes, is it because the the earth is round?

posted on Mar, 4 2016 @ 12:49 PM
link
I want to fall off the edge of the world. The Chinese said the world rides on the back of a turtle, but I bet it's actually supported by a giant column of pancakes. I want to eat those cosmic pancakes.

it would seem so

Thanks to Washington Irving's fiction and a few Darwinists, yes...

The idea that the earth is flat is a modern concoction that reached its peak only after Darwinists tried to discredit the Bible, an American history professor says.

Who invented the idea of a flat Earth?

So where on earth did this idea that Columbus would sail off the edge of the earth come from? Apparently it originated in the mind of Washington Irving in an 1828 fictional book he wrote about Columbus. That the idea caught on in the minds of people is obvious but how did this fantasy get elevated to truth in the classroom? According to historian Jeffrey Russell it was a deliberate attempt by a few historians and academics of the day to discredit Christians who were resistant to the new evolutionary theories of Darwin.

The Flat Earth - A Lesson To Us All

oh dear - i has a simple question - if your above rant is true - then why the hell do flat earthers and religious wingnuts turn out to be the same people so often ????

thats scientific predicability for you

Ahhhhh yes. I know that thread. You made the right choice. Lol

posted on Mar, 4 2016 @ 01:48 PM
link
For me .The most irritating thing flat earth believers or dabblers can say is "well, unless you have been to space yourself, how do you know the earth is a sphere? "

That to me is such a dumb statement that no further discourse is needed to gauge how ignorant they are .

The entire thing is a long-winded strawman. Your pictures of flat earth map and sunlight may be the stupidest misrepresentation I've ever seen. You know that but your agenda is rather clear.

As a long time lurker I've noticed this site has been infiltrated by censorship in the form of these progressive, humanistic scientism-worshippers. They gangstalk and troll any type of intellectual deviation away from mainstream thought.

Most people understand that we see in vanishing points and that for a six foot tall man, the horizon, on a flat desert plane or the ocean, is about 3.5-4 miles away. So, your entire point on polaris would work on a flat plane as well.

I don't know what the shape of the earth is. But I don't think its a 24k mile around spheroid.

Take this for example: I fly, a lot for my job. At a cruising altitude of 30k ft, going roughly 500mph - using the curvature formulae of 8in x mile^2, the plane would have to account for nearly 31 miles of earth curve to maintain a level altitude. That's 26 miles more than the descent of the plane! Surely, any passenger would notice this drastic of an adjustment every hour at cruising speeds/altitudes

There are plenty of amateur videos of boats out on the horizon, 10-15 miles out, that should be well below the curve of the earth. They aren't, they are just beyond our unaided vision.

In this video the boat is beyond our vision but clearly still level with the guy filming from the beachside.

It's beyond the 4 mile horizon of our eyesight - at four miles it should still have an observed 11 ft of drop. I doubt that boat is much more than 11 ft tall from the point it arises from the water and we can still see where it meets the water, which should be buried beyond the curve

I think we live in a world of deception. Fake pictures from NASA that are easy to spot but since smart posters here claim they're real, you better too or face ridicule. Fear motivates.

Plenty of fear in the OP. And stupidity and/or flat out ignorance to the subject he's bashing.
edit on 4-3-2016 by cestrupISright because: (no reason given)

Guess you have heard of gravity?

Your argument is so flawed it spat out my coffee through laughing.

Be prepared for a lot of grief.

Gravity is a (relative) constant. When you fly your altitude is above ground level. Gravity is pulling you down all the time.

Nothing is truly flat either. There's no such thing as a straight line.

Your flight argument would only work if there was no gravity and my scales say otherwise.