That said, the problems in Libya is small in comparison to the problems in Syria, so "yes". If Syria only had the difficulties that Libya experienced post the overthrow of their dictator then the world would be better.

Now that thinking worked really well in Iraq and Afghanistan. Doubt the million or so dead would say it made the world a better place.

It could be argued that any bomb shows little regard for life. After all, they are designed to bring destruction and death. I don't agree with the destruction brought about by this war at all. But you have minority groups literally fighting for survival over there. If the Islamists win, they will be ethnically cleansed. ISIS gas already done it in the territory it holds.

The fact that is conveniently forgotten by opponents of Assad is that there are many in the country who still support him. It is mainly radical Islamists who are fighting him. Many of the genuinely moderate groups have either laid down their weapons or have come to fight with and for Assad against the terrorists.

The city of Latakia for instance has seen no fighting to my knowledge, it has remained a safe Assad supporting haven throughout the war.

The question nobody knows the real answer to is how many civilians killed by Assad are ISIS supporters. ie Just because they are not holding a gun doesn't make them innocent bystanders by default.

That being said I'm not going dispute that Assad's forces have killed more people than ISIS in Syria.

posted on Mar, 4 2016 @ 04:41 AM
link
Just because the refugees were coming before does not mean Russia is not making it worse on purpose.

originally posted by: OccamsRazor04
Just because the refugees were coming before does not mean Russia is not making it worse on purpose.

People are fleeing because everyone has turned on everyone in Syria. Putin and Assad are working together to first secure Syria's order along Turkey to stop the flow of arms from coming in to the terrorist groups. Once this is achieved, they will turn on ISIS.

The whole problem with the article I call propaganda in the OP is this;

They are blaming Assad for sending refugees into Europe where ISIS is spreading like 'cancer'. These are the same people that Assad is being condemned for fighting and the same people who would depose him and install a hardline purist Wahabi state in place of the secular government Assad represents.

See the oxymoron there? Blaming Assad and Putin for deliberately sending fleeing the very people they are trying to defeat.

If anyone is to blame, its the EU for having such a stupid open door policy. They could have funded humanitarian camps in the Middle East to keep the refugees safe. But by throwing open the doors and windows they allowed anyone and everyone walk in.

And THAT is neither Assad nor Putin's fault.

posted on Mar, 4 2016 @ 05:47 AM
link
The migrant flow to Europe started long way before the Russians entered Syria.

If anyone is making it worse it would be Turkey, Turkey is using the migrants as scapegoats. They desperately want to be part of a block that no one wants them.

originally posted by: dukeofjive696969
Lol syria is behing destroyed daily but its a ploy to destroy europe, good god what a funny thread.

I'm English and I can tell you that it is the UK that is trying to destro Europe by wanting to leave the EU. God help us all if we do as it will eventually cause the break up of the EU, which has kept the peace in Europe for the last 70 years.

originally posted by: imod02
The fact is the islam has weponised the "refugees" but becouse of PC noone will say it.

ISIS has 100% taken advantage of the chaos and sent operatives into Europe.

That is not Assad or Putin's fault though. They formed a now grow growing coalition to retake the country and regain control - people are going to flee any war. I saw it myself in the village of Medjugorje in the former Yugoslavia in 1993 - lines of people walking away from the fighting, mostly bringing only what they could carry.

The real fault lays with Europe for not formulating a plan. The refugees are arriving in Greece. Greece has an economy in tatters . The EU could have funded camps that only Greek people work at to both help the refugees and the local economy for instance.

Its best if the UK leaves the EU, you would have no benefits if you decided to stay or gave david cameron a victory.

posted on Mar, 10 2016 @ 03:41 AM
link
No, Germany (Merkel) is receiving refugees from Turkey (Erdogan) to get closer to Turkey (Erdogan). Germany and Turkey will rule the future EU. Russia (Putin) doesn't want that to happen, because they want Moscow to become Third Rome 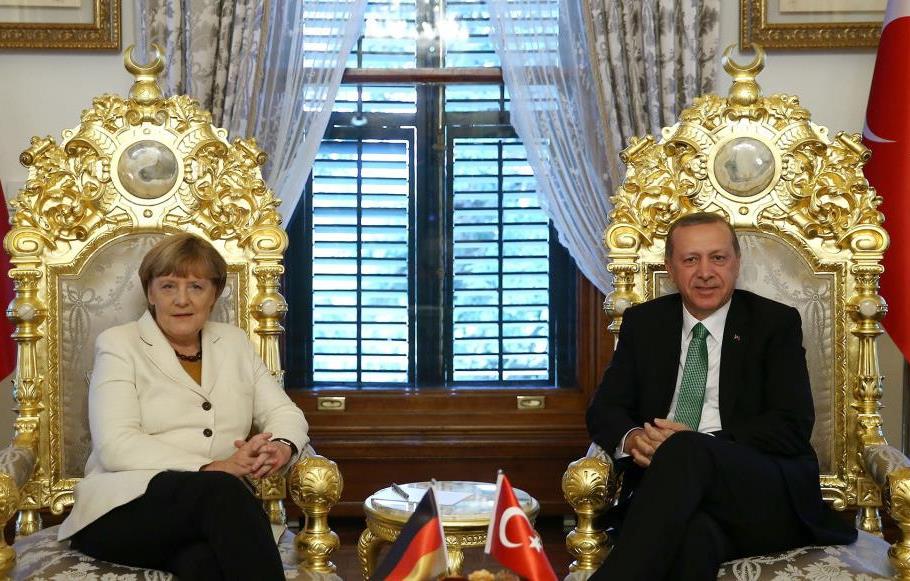 posted on Mar, 23 2016 @ 03:14 PM
link
The Syrian refugees started to merge into Europe long before the Russians intervention in Syria as usual this the normal deflections from the west.


Its always the Russian fault.