page: 1
37
<<   2  3  4 >>
log in
join
share:
Springer
+7 more
posted on Mar, 2 2016 @ 04:58 PM
link
George Knapp has just filed a report in which John Podesta, Hillary's campaign manager and her husband, former President Bill Clinton's chief of staff, intimates that if Hillary is elected they will dig into the remaining U.S. Government classified files on UFO's and declassify as many as possible, and, might even go for a "task force" to go "investigate" Area 51!

If the Clintons were sincere, they would have done it correctly and fully the first time around. I think they're just grasping for voters.

"We can make sure all the conspiracy nuts are on board... We'll tell them we'll look into the UFO thing again."

I don't believe a word of it.

Hillary Clinton must really be getting desperate if the Chairman of her campaign is resorting to bring up ET's?

posted on Mar, 2 2016 @ 05:08 PM
link
I saw that today as well. While I like Podesta and share his deep desire to know, I fear this will end up going no where once again, unfortunately. I think there is lots to be found, somewhere, hidden, compartmentalized, but we will not get to know.
edit on 02pm31pm5091 by data5091 because: (no reason given)

Disclosure will happen regardless of who becomes the next leader in the oval office.

If Clinton needs to use the UFO card to get votes, she is in deeper trouble. 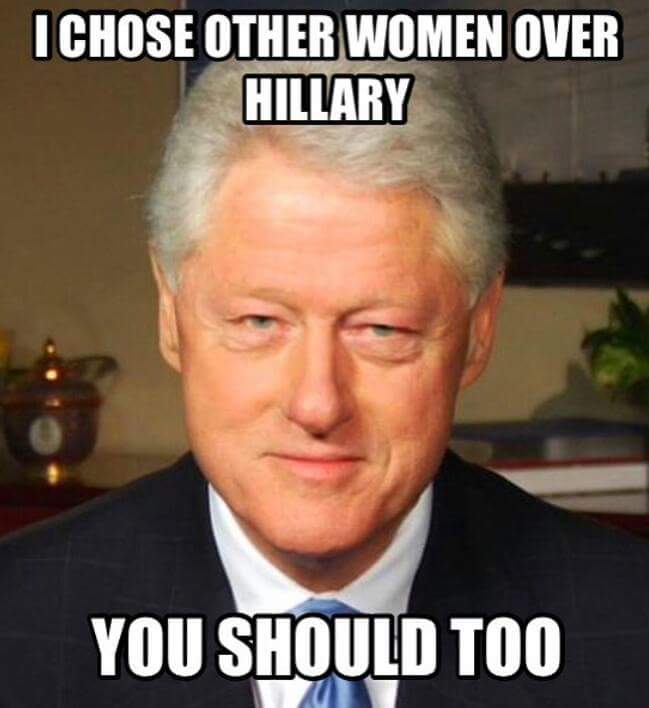 Didn't Clinton have 8 years as FLOTUS, 4 years as SoS, and a decade as Senator to get this done?

We should be honored that crazy UFO believers are now a large enough demographic to receive pandering.

And what others said... She's had plenty of time and opportunity to do this before now and she hasn't. Asking for votes in order to do it smells of bribery and desperation IMO.

posted on Mar, 2 2016 @ 05:31 PM
link
I'd like to see her or trump get some American made goods to export and import jobs back. I want one to help boost America and not fall into 2nd or 3rd world status.

Then we can focus on UFOs

POTUS has a bit more ooomph than FLOTUS, or a US senator/SOS.

But if any of the darker stories are true, the truth is far above even the POTUS. Though I have to wonder what would happen if AF One landed there and the President walked up to the gates and said "Let me in, now!".

Uh, what to choose - Trump want to give us the truth about 9/11, Hillary want to let us know about aliens! I can hardly decide which candidate should get to let us down!

But seriously, if there really is anything significant to disclose, I doubt it would be in the interest of national security to do so. And I have a sneaking suspicion that over the years many a president has agreed.


ETA: I never knew George Knapp was on TV too. That was fun to watch, hitherto I knew him only from C2C.
edit on 2-3-2016 by DupontDeux because: (no reason given)

posted on Mar, 2 2016 @ 05:53 PM
link
Hey, why not right? After all the old Medvedev talking about aliens story was also doing the rounds again not so long ago...again.

Medvedev green aliens or whatever the bloody translation is

Edit: Oh and by the way, wasn't Podesta the one who used Twatter to say that his biggest regret was not revealing what he knew, or at least could have found out, about aliens? Yeah, I will believe that guy in a heartbeat,
edit on 2-3-2016 by Jonjonj because: addition

posted on Mar, 2 2016 @ 06:05 PM
link
The signs will probably be changed to " No traspassing presidents allowed beyond this point " and so we still know nothing for the next four years..


Yea pandering, maybe even a swipe. Just where is Rowdy Piper when we need him. I am sure Holt and Pelley, for example, are lizard. If we could just get someone on the roof with a grenade launcher.

Sadly Rowdy died. R.I.P. He would have kicked whoever's arses into gear for sure!!!

posted on Mar, 2 2016 @ 06:30 PM
link
Every President since Carter has said the exact same thing.Not holding my breath.

posted on Mar, 2 2016 @ 06:31 PM
link
Haha, hahaha. Bill was stonewalled when he allegedly inquired into it. So Hillary certainly won't get anywhere with it.

How much does she think she is going to find...seems she forgot about Bill's try and failure?

Also depending on who you ask she doesn't have the right security clearance for this information.

But it will give me a good laugh watching her try if she becomes president.