Why not build an inland sea?

posted on Feb, 28 2016 @ 10:19 AM
link
So, it should come as no revelation to anyone who's ever looked at a world map that Australia has a huge land mass (only 2 million square kilometres short of the entire United States). Yet we have an extremely small population (about 23 million), due to the fact the majority of Australia is just flat dry arid land, unsuitable for habitation, due to lack of water.

So why wouldn't we simply build an inland sea?

We have heaps of ancient rivers which usually always remain dry and run though some of the harshest landscapes on earth and end at lake eyre, which is (approximately) in the middle of Australia and is 15 feet bellow sea level. 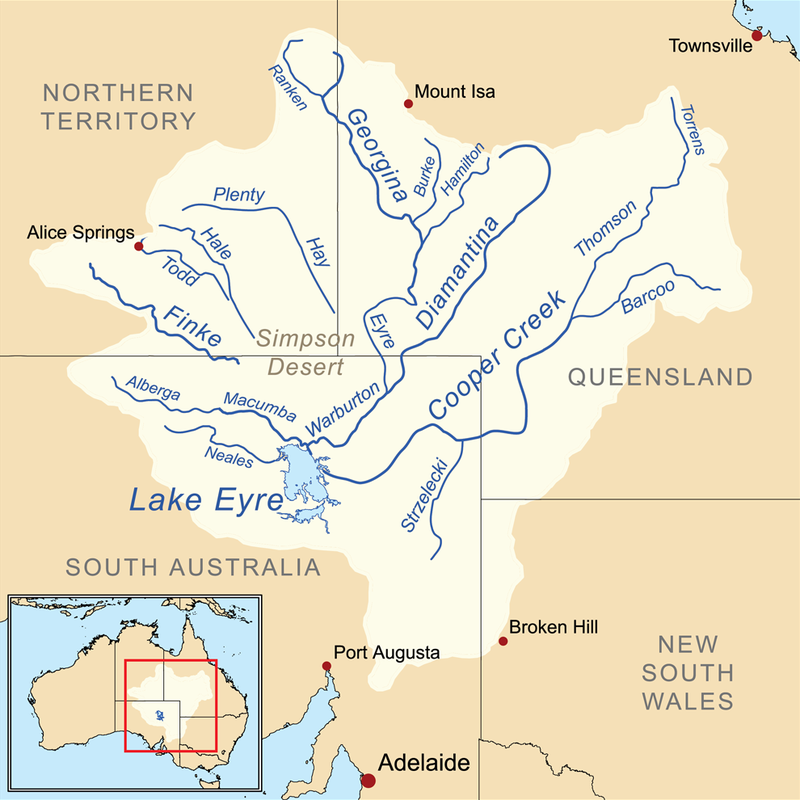 Although lake Eyre is a salt lake in the middle of a desert which remains dry for decades at a time. On the rare occasion that it does fill up from flooding rains which have occurred thousands of kilometres away, it then suddenly becomes an oasis, abundant with life.

So why wouldn't we just build at least 4 mega scale distillation plants at locations around the Australian coast line and start pumping that fresh water down these (usually) dry river beds and into lake Eyre and create an inland sea?

Not only would we turn a once uninhabitable desert waste land, into a green lush oasis that could support large populations and endless amounts of agriculture and farming, we would also be having a massive influence in preventing the negative effects of global warming... Since not only would we be creating a very significant amount of the worlds (once desert) land mass to be able to support lush forests, but we would also be having a positive effect on the rising sea levels.

Not to mention Australia would now have the resources to easily triple our population over night.

As far as I can tell there is no negative aspects... just positives aspects.

So why aren't we building an inland sea?!?

Why not build a pipeline to the desert and maybe use the sand to make glass and maybe use the sun and heat to distill massive quantities of water and pipe that clean, fresh water anywhere you want it (or make a lake if you like). Take all the salt, package it, sell it.

No use spending all that energy on desalination plants
edit on 28-2-2016 by infolurker because: (no reason given)

I don't know but if it's possible the Sahara could use a little help too. And the Gobi and heck even California here in the U.S.
Here is a project the whole planet should be behind. Except whoever finances the job will want to own the rights and sell the water. Good thing they haven't learned how to harness the air or we'd really be in trouble.


As far as I can tell there is no negative aspects... just positives aspects.


Here are a few negative aspects.


Maintainability; Reverse Osmosis membranes could “clog up” with dissolved salts, or could grow bio-fouling. They need to practice brine rejection; an expensive membrane replacement and the use of strong chemicals are the most common practices to deal with these costly and environmentally unfriendly issues.


Environment; what happens to all that brine of salt from Reverse Osmosis? Brine consists of mostly water saturated with salts along with some chemicals used in the desalination process. When desalination is used inland, solutions include dilution of the brine to minimize its ecological impact before putting it back into a water reservoir, evaporating it to make rock salt, or building pipelines to carry it back to the sea. In many cases all that salt goes back into the ocean disturbing ecosystem and polluting it


LINK
Can you imagine the amount of water they would have to process to keep a LAKE in the middle of a desert?


And in bringing a message of corporate greed to the public's attention no one in this movie was compensated.

This is in everyone's best interest.
After all we as humans are 70% water.
edit on 2282016 by Sillyolme because: (no reason given)

Can you imagine the amount of water they would have to process to keep a LAKE in the middle of a desert?

But with a large enough artificial lake, can't you essentially have an effect on the entire ecosystem, so that it's no longer a desert?

Obviously at first you'd need to pump a huge mass of water into the lake/river systems... but after that, surely all you'd need is a steady flow, right?

Reverse osmosis CANNOT be the cheapest OR the most efficient in terms of energy.

Cap and trade is not meant to do anything except create a multi-trillion trade market for middleman brokers and bankers.

Think of it as a "consumption tax" on you and everyone else so that the financial industry can keep chugging along. Banker Welfare is another good name for it.
edit on 28-2-2016 by infolurker because: (no reason given)

Have you checked on the depth of the water table? Now multiply that by the area of the lake.....

Correct, but does that not give them precedence to own the air?

They can't stop a human from breathing . Good thing.

Not unless they can put it on tap. No one can do that. If they could this planet would quickly die.

posted on Feb, 28 2016 @ 11:34 AM
link
Why not salt water? any sea would be better than none. Of course it would change the whole environment of the country and the enviorwackos would never let it happen

I live in the Great Lake State: Michigan. We have 5..so large they are often referred to as inland seas. Lakes Superior, Michigan, Huron, Erie and Ontario. One can sail and sail and not see the other end, although some opposite shores can be reached in a day or less...

They are so far across and deep in spots, the ships are ocean going...and are piloted as such with huge waves and spontaneous and devastating weather conditions.*

*Look at the sinking of the Edmund Fitzgerald

Whenever I do a search on google maps of the US, my mind is blown by how incredibly large those lakes are... they truly are like inland seas.

It'd be an amazing experience to get to witness them in person.

originally posted by: mysterioustranger
*Look at the sinking of the Edmund Fitzgerald

And play the song if you have guests you want out. Right. Now.

once upon a time - due to a bit of an embugerance - a brand new " inland sea " was created .

it was named teh salton sea "

and everyone thought it was wonderfull - for a while

then things started to go wrong

and now very few people talk about it

now what were you proposing again ?