Add a caption: What was Trump saying to Bill and Hillary Clinton? 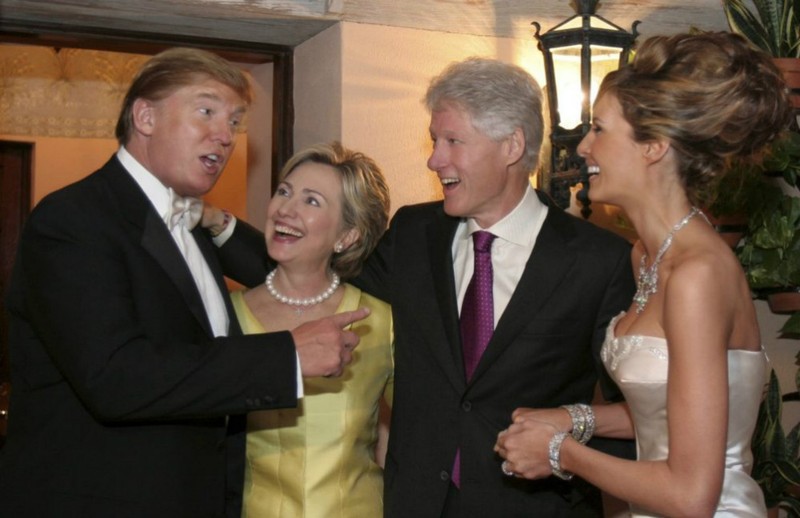 On a serious note, is it just me or does Hillary look like she's in love? One thing's for sure, with that picture, even Hillary Clinton couldn't claim that she doesn't like Trump. She isn't that big of a liar, is she? BTW, Donald Trump and Hillary Clinton are related.
edit on 28-2-2016 by Profusion because: (no reason given)

Fast forward: they are not laughing anymore

And hence Trump became president by a bet
edit on 28-2-2016 by Indigent because: Clarity 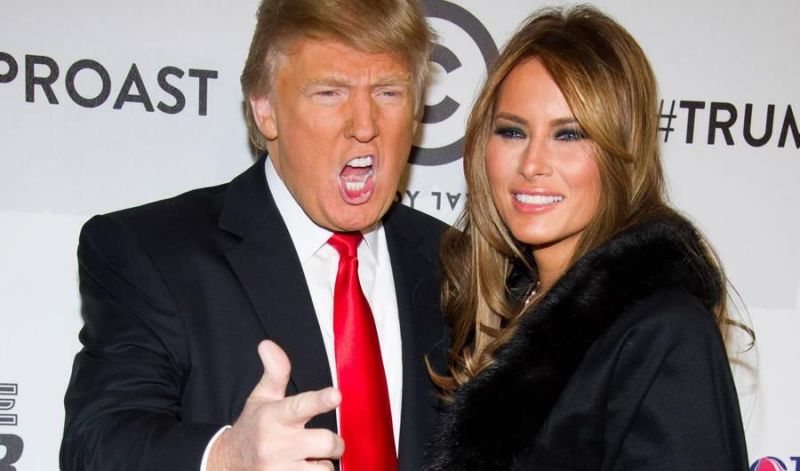 Trump: I could be president, I mean I'm not saying it, people are saying it, they say , "Donald, you would be a great president'. But I'm so busy, I'm a great deal maker, a great athlete, loved by the Blacks, I don't know about that, It's just what people say. I need a Starbucks closer to my third home, and the President of Starbucks says, "Donald, I will build one in your driveway." You know, but I didn't say that. And that Marco Rubio, he's a Choke Artist, he just chokes up and says things over and over, but I don't say anything about it, I just say normal things, I don't mention it. I could go out in the street and shoot someone, but I won't really do that, I mean I just could, you know what I mean. People love me, the Blacks, the Hispanics, I have a great relationship with them. I'm just a simple guy, you know, Melania cuts my hair and if my daughter wasn't my daughter, I really would do her, I mean it. I mean, lots of people would. Lots of people say it, so I'm not just saying it. And you know, Trump University, so many signed their report cards saying it was GREAT. I wasn't really involved in it, but all those people said it was great, not that I am saying it was, wait..maybe I am saying it was, haha. And the Blacks that say I wouldn't rent to them, they were all Al Sharpton types, that;s what people say, not that I'm saying it. A ns the Scots, they love me and the people of Dubai, I made great resorts and golf courses, they love me for that, they didn't have any golf resorts before I came, you know that? So I did them both a favor and I made GREAT golf resorts......" Bill and Hillary fall asleep, are carried out.

Trump to Bill: "Get your dirty paw off my shoulder! We all know where it's been."


Melania cuts my hair and if my daughter wasn't my daughter, I really would do her, I mean it. I mean, lots of people would. Lots of people say it, so I'm not just saying it

, I don't know if this is accurate, but the Rubio part needs at least 3 more lines on how much he sweats

Her hair is streaked back like that because she just spent the last hour running from Bill with a cigar in his hand.

Trump - Now watch me put my finger in Bill's mouth.

Hillary - HAHA Donald you're so silly

originally posted by: JHumm
Hey Hillary, wanna come upstairs and get schlonged?
And you two can come up and watch! Hahaha ha

You know Hillary digs chicks don't you? Bill is her beard.

originally posted by: soulwaxer
a reply to: Profusion


Bill answers Trump's question by grabbing his Pimp Cup, and starts singing the song Get Low from Lil Jon & The East Side Boyz.

He then turns his gaze to Melania Trump and sings part of the chorus:

"OK, I'll do Hillary but only if you throw in Monica as well."