Though not sure if any of the other stories are just not normal happenings, besides being in a plane stuff like that happens when things just die or lose control on you and go haywire like they are possesed, in fact its likely to be more common in a plane with likely more dire consequences so your likely to remember them longer.

And as for premonitions, its actually quite common sometimes, and they do generally involve a turning point or life or death situation though never had somebody else tell me about something that they saw or deja vu or dreamed about, that right there is sort of strange.

And that ghost photo? Not sure, but I am quite sure somebody will come along and just say it was superimposed shutter refraction or multiple exposure or something. But if the guy and others were saying that was the mechanic that died it is sort of weird. I suppose.

Either way never heard of the guy, or I had heard of him but never took the time to actually read anything till this thread. Had a pretty interesting life the guy did.

Thanks for doing that

It's a tough one! It's still a little bit pareidoliac in the sense that my mind can interpret it as a face (with a little effort) and, simultaneously, as nothing but shapes too.

posted on Feb, 28 2016 @ 04:41 AM
link
Excellent post and a great read, thank you, he seemed a highly intelligent wordily man who would not be prone to exaggeration or self promotion. The photo remains unanswered and I guess the only person who could have given any clues would have been the photographer and it would have been handy to know if him and the deceased were friend and this was the photographers last gift to him to make sure he made it into the photograph. Obviously it would have been considered bad form to intentionally adjust an official RAF photo so he would never have admitted it.

All it takes is stature, some stories and a few books.....WE are the ones who make them famous and rich. Humility only helps.
Its only a matter of time before he is here on ATS, saying `Ask me anything` like all the others lol.
edit on 28-2-2016 by IlluminatiTechnician because: Grammar

posted on Feb, 28 2016 @ 10:10 AM
link
It's so curious. The story about R. E. Byrd and hollow Earth is born during the same period of history. So, there are two very different stories but about the same object (airplane) and in the same age (first half of the 20th century).

1935 - Appointed deputy director of intelligence at the Air Ministry. (until outbreak of WW2)

He was really an intel spook. He later advised Truman on UFO's? Yeah right, the whole UFO stuff was a military intel operation to hide the comings and goings of classified military aircraft. Cold War tactics because the Soviets had spies everywhere. They made a movie about his paranormal stories to give credibility to some of the wild cover stories they were selling the enemy spies.

I'd wager he was a master of the intelligence services. How else does a Brit just happen to advise Truman? 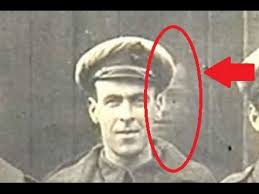 See? Real as real can be. I've seen apparitions that were so real I thought they were actually real people until later finding out they were notorious ghosts. I bet they thought so too, the first time they saw this photo.


Thanks for putting in the work.

"If a person claims multiple paranormal experiences,i am normally a tad skeptical"

To me that sounds bizarre. Some people/families have lives with regular paranormal experiences,all their lives long. I find it totally normal,me being one of those people.In fact,what i find Weird,are that some people have Never had any paranormal/inexplicable experiences.To me,That seems bizarre and abnormal.

posted on Mar, 1 2016 @ 11:39 AM
link
took just the face, reflected and did some basic highlights on the side of the sun..
I thought this scan of the pic was better than in the OP .. was in the third link. 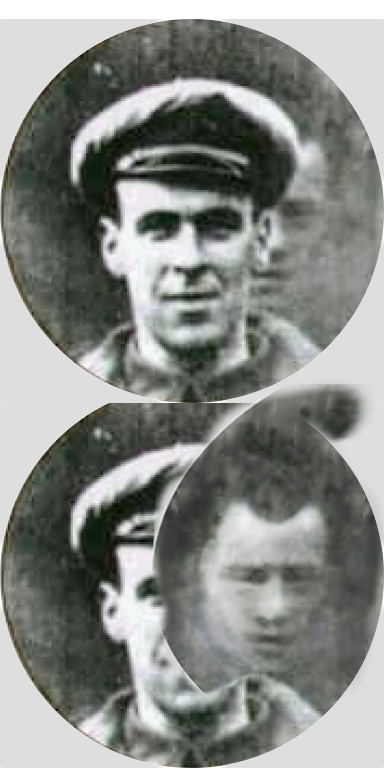 originally posted by: Bspiracy
took just the face, reflected and did some basic highlights on the side of the sun..
I thought this scan of the pic was better than in the OP .. was in the third link.

originally posted by: Indigent
I always liked his time slip tale, but did he tell anyone before writing about it in 1966? did he made any record of what he saw in 1935 before 1938?


He may have talked about things some ... but he never wrote anything down until MUCH later. That right there can actually taint his memory of the events. Add in the fact this was a man who WANTED to believe, and his tales become less convincing.

Man was still a hero though.

Never heard of the man but thank you for posting his story it is very interesting. Makes you wonder though how a man can have a few experiences and be able to write a book about it only because of his standing in society. I've had dozens of encounters with ghosts and even more experiences with precognitive dreams but if I write a book about them would probably be looked at nothing more than maybe toilet paper in case of an emergency.

When I first saw the picture of the spirit I myself first thought a double exposure or maybe a blur because of slow shutter speed or something but once you enlarged it and put the picture of the man next to it it's no doubt the same man, there's no mistaking the receding hairline. Thank you very much for all the work you put into this thread I've enjoyed reading it.

Also thank you intrptr for the work you put into the photo.
edit on 7-3-2016 by Theokoles because: To give credit where credit is due

posted on Mar, 7 2016 @ 02:06 PM
link
I have seen that group photo before with the alleged apparition in the background. It always fascinated me and I thought it was the most compelling evidence after reading the backstory of how the airman had died earlier. Great job putting the thread together as I continue to believe that ATS has the best researchers ever, able to assemble stories in a most interesting way.

posted on May, 31 2016 @ 12:10 PM
link
Just a few points. Firstly, Goddard was not the only, or the first to put forward the interdimensional theory of UFOs. It was around from the mid 50s. It is only in the last 20 years or so that the ETH has come to dominate the thinking of ufologists in the States. Secondly, it is quite normal for sensitive people to experience many strange experiences during their lives. Many time slip witnesses will say that they have seen ghosts or other phenomona prior to their slip, and the interesting thing is that they seem able to carry friends or relatives who are with them at the time into the past or future experience as well. Thirdly, it is a fact that many people involved in British Intelligence were sensitives themselves or had an interest in the paranormal -- e.g. Dennis Wheatley and Maxwell Knight. At one stage even Aleister Crowley was recruited for some very strange project. Fourthly, I agree that many UFO cases originated in early black projects aimed at developing field propulsion technology, some based no doubt on the German experiments made in the latter stages of the war. It is possible that intellgence agents would be building up the UFOs as something alien or other-worldly to cover this up. Wheatley, who was one of the London Controlling Section briefed to provide disinformation in support of the Allied invasion, wrote a book after the war,Star of Ill Omen which stressed the extraterrestrial angle. Whether or not Goddard's statements were part of this or simply an honest expression of his beliefs is something to think about.
edit on 31-5-2016 by CarlGrove because: Italics running on to next word

posted on May, 31 2016 @ 01:40 PM
link
I can never take someone like this at all seriously who by some amazing luck has all these 'paranormal' things happen to him that can then be the subject of a book.It doesn't matter how many rings he has on his sleeve,that to me is still no indication that he wasn't prone to an attack of the Walter Mittys from time to time.In fact it could be used to his advantage as most if not all people at the time would have taken his word as being gospel,and probably burnt at the stake as heretic if they questioned anything he said.

The photo of the 'ghost' of Freddy Jackson.I'd say that no flash was used for this photo because of the uniform lighting and no deep shadows.Magnesium powder used for flash photos in those days that produced a much more intense burst of light than today's electronic xenon flash guns with greater range would never make the soft shadows we see in the photo.This was a photo taken in natural light that because of the relative insensitivity of the film used in those days would have needed a long exposure by today's standards,maybe as long as 20 seconds if it wasn't a bright sunny day.This is plenty of time for someone who may or may not be the alleged Freddy Jackson to move and produce the 'ghostly' image while everyone else did their best to stay as still as possible.

Drem airfield.When he flew over it in 1935 and claims it was disused at this time,the history books say it was put back into use again in 1933.There were Hawker Harts stationed there in 1935 which were already painted in that distinctive all yellow colour scheme.

Don't forget they thought George Adamski was the real deal for quite some time and believed he really had been abducted by aliens.For me Goddard was nothing more than a charlatan hiding behind a very respected uniform.