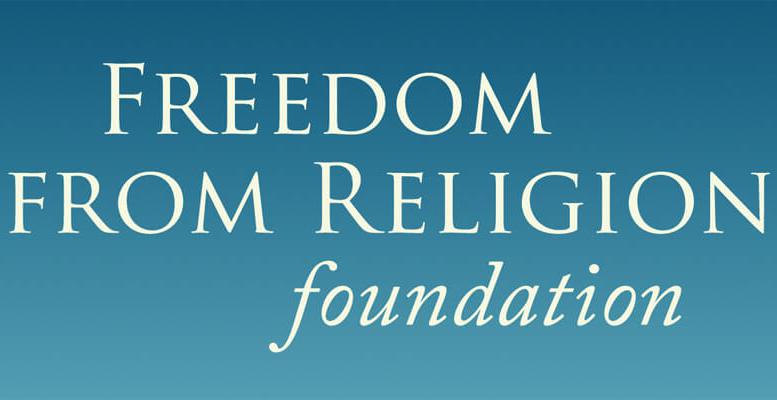 Yesterday, the Atheist group The Freedom From Religion Foundation (FFRF) filed a federal lawsuit against Texas Governor Greg Abbott over his removal of the group’s Christmas Display. The Texas State Capitol holds an open forum for Christmas displays, and the FFRF filed an application that was accepted, and placed their holiday display. The display features Benjamin Franklin, The Statue of Liberty, Thomas Jefferson, and George Washington surrounding a manger that holds the Bill of Rights. The display also featured a sign that stated “At this Season of the Winter Solstice we honor reason and the Bill of Rights, (adopted December 15, 1791).” Effectively, the group was celebrating the birthday of the Bill of Rights.

“Our message to the atheists is don’t mess with Texas and our Nativity scenes or the Ten Commandments.” – Governor Abbott

The group did apply for the space the in the summer and were approved by the State Preservation Board, and endorsed by a Texas state senator. However, on December 22 Governor Abbott penned a letter to John Sneed, the executive director of the State Preservation Board, ordering the display to be removed. The governor called the display “juvenile” and correlated it to a controversial 1987 “photograph of a crucifix immersed in a jar of urine.” His ire was apparent as he listed point by point exactly what was wrong with the Atheist display:


First, far from promoting morals and the general welfare, the exhibit deliberately mocks Christians and Christianity. The Biblical scene of the newly born Jesus Christ lying in a manger in Bethlehem lies at the very heart of the Christian faith. Subjecting an image held sacred by millions of Texans to the Foundation’s tasteless sarcasm does nothing to promote morals and the general welfare. To the contrary, the Foundation’s spiteful message is intentionally designed to belittle and offend, which undermines rather than promotes any public purpose a display promoting the bill of rights might otherwise have had. The Board has allowed and should continue to allow diverse viewpoints to be expressed in Capitol displays. But it has no obligation to approve displays that purposefully mock the sincere religious beliefs of others.

Second, the exhibit does not educate. According to the Freedom From Religion Foundation’s application, the purpose of the exhibit is “to educate the public about the religious and nonreligious diversity within the State.” But the exhibit does not depict any other religion, much less does it promote religious “diversity.” And it promotes “nonreligious diversity” only insofar as it mockingly depicts Christians’ religious worship. This is not an exhibit that spreads a secular message in an effort to educate the public about nonreligious viewpoints; it instead denigrates religious views held by others. There is nothing “educational” about that. To the contrary, the exhibit promotes ignorance and falsehood insofar as it suggests that George Washington, Benjamin Franklin, and Thomas Jefferson worshipped (or would worship) the bill of rights in the place of Jesus.

Third, the general public does not have a “direct interest” in the Freedom From Religion Foundation’s purpose. That organization is plainly hostile to religion and desires to mock it—or, more accurately, to mock our Nation’s Judeo-Christian heritage. But it is erroneous to conflate the foundation’s private purpose with the public’s purpose. If the Foundation simply wanted to promote the Bill of Rights or even to promote the supposed virtues of secularism, its effort might have some public purpose. But it is hard to imagine how the general public ever could have a direct interest in mocking others’ religious beliefs.

You can read the entire, three-page letter here

The FFRF was decidedly upset at the outcome, saying that the very thing their display was promoting, the Bill of Rights, was violated as their freedoms of speech and religion were stripped when it was removed. The Atheist group is known for its fight in the separation of church and state, noting that “government is prohibited from advancing, promoting or endorsing religion. The government cannot prefer one religion over another or prefer religion over non-religion.” In placing their display, the FFRF intended only to bring attention to groups other than Christianity being highlighted in the state capitol during the holidays. The display was only allowed to stand for three days.

“We are disappointed that Governor Abbott has let his personal opinion of FFRF and freethought be a catalyst for the censorship of our display in the Texas Capitol,” noted FFRF Staff Attorney Sam Grover. “Removing our Bill of Rights ‘nativity’ while allowing a Christian nativity to be displayed in the Capitol is discriminatory and illegal. Abbott is sending the message that nonbelievers are second-class citizens in Texas. He should be ashamed.”

So, yesterday, the FFRF filed a federal lawsuit against Governor Abbott and John Sneed, charging that they violated the atheist group’s right to free speech, due process, and equal protection. The lawsuit lists a history of Governor Abbott’s animosity towards the FFRF, which included several quotes from him made to news agencies and during press conferences. The lawsuit is seeking only for a judgement that the Governor violated the constitutional first amendment and reasonable legal damages for attorney fees.

You can read the entire filed lawsuit here

But if the Group just like every other one filled out an application and it was accepted and was with in the T&C of said application, then it is allowed to be there, plain and simple. If you don't like it don't look at it. It isn't hurting anyone, they followed the rules, ect, ect. If they wanted the non religious nativity removed theirs should be removed too
edit on 2-26-2016 by Squirlli because: spelling

originally posted by: Gryphon66
Folks standing up for the First Amendment are now leftists?

No, this POS Leftest Organization that goes after World War 1 and World War 2 monuments.


POS Organization, no respect given.
edit on 26-2-2016 by infolurker because: (no reason given)

originally posted by: Gryphon66
a reply to: infolurker

"The First Ammendment does not require Texas to allow displays at its Capitol building that mock at satirize and entire religion. The lawsuit is completely basesless"

posted on Feb, 26 2016 @ 05:45 PM
link
a reply to: infolurker
I think I'll let the courts decide how baseless it is. This seems like a good group to me. I might see about membership.

The braggadocio of the Texas AG notwithstanding.

The government (including States as well as cities) does not establish religion which includes enshrining the symbols of religion on public lands.

Also, the government does not prevent the exercise of free speech ... not even the Texas Governor.

originally posted by: Klassified
a reply to: infolurker
I think I'll let the courts decide how baseless it is. This seems like a good group to me. I might see about membership.


Yep, looks like I'll get another little certificate and pocket card for the wall beside my desk, LOL.

That was brilliant! LMAO!

We'll have to agree to disagree on the Christmas Nativity scene conflict. The group followed the proper protocol. And their take on the Nativity is actually somewhat thought-provoking.

However, with respect to these conflicts regarding the cross and statue, I am more likely to agree with you. As I see it, if the veterans who were honored by those monuments did not have a problem with them, then this group should just leave well enough alone.

Even though the display obviously isn't juvenile and the people who criticize it are like adult babies crying over people having rights, it doesn't matter, as the dominant religion is now statism, and no longer Christianity. Christians are now a minority party with a shrinking political base that will continue to shrink as time goes on. The Freedom from Religion Foundation is wasting its breath.

Oh, and judges can and do throw the parents of raped children in prison when they get angry in court for life. Like the parent of a raped child who was frustrated with the judge and used swearing, so the judge sentenced him to a year in prison without any trial. So, there is your free speech for you.

The new religion is the United States government, and above that, the globalist government. We need One Global Government so no matter where we go, we can't escape the fatal cancer known as modern government which needs a grasp on everyone and everything so it can tax tax tax without any avoiding it. Europe is basically a secular place, and yet its obviously going to hell with all the socialism luring in millions of immigrants who want the free stuff the government hands out using other people's money (why should they care, its not their money? The anti-Christian crowd is barking up the wrong tree, as the One Religion is modern government, not Christianity. It has all the features of a cult, with the chanting and the singing, etc etc.

originally posted by: jellyrev
Seems like juvenile behavior on all sides.

Do you think the Christian Right Political Lobby is silly too?

The atheists went with equal rights. Then were thrown out.

What do you call that? "God the Dictator"?