posted on Feb, 26 2016 @ 04:17 PM
link
Why are conspiracies theorists still considered crazy when their is so much corruption and scandal brought to light in almost undeniable ways yet people for the most part turn a blind eye or laugh at the concept.

JFK - This was such a poorly executed cover up I would call you crazy for believing the official story, and if you don't believe the official story you must understand a lot of official agencies would of had to be involved for it to be carried out the way it was.

Franklin Cover-Up - Again if you take a small amount of time to look into this it is very obvious something is not right. Again the lack of investigation and prosecution, plus the deaths and intimidation surrounding it says something is not right. As someone who believes this "conspiracy" I know their are still many paedophiles within political parties today, maybe even the same ones who were never found. For you voters you could very well be voting for a child molester.

9/11 and the Anthrax Incident Following - 9/11 was a suspicious set of circumstances with evidence being pulled away as soon as possible, and the small building going down afterwards (Which the BBC Actually predicted...). A lot of people believe this was a conspiracy of some sort but the same people would still laugh at the idea of a sinister NWO or such. The anthrax incident was just as weird and stunk of a cover-up, ending in most of it being pinned on a dead guy who couldn't defend himself and the case being quickly closed to any further investigation.

The Federal Reserve Bank being sinisterly orchestrated 1907-1933 ending with the petro dollar and gold standard abolished. This is easily accessible information that shows the corrupt way the Fed was made and yet it is a massive part of America today.

Ill link a good post to other conspiracies that support my point. www.abovetopsecret.com...

To me we are in a world predominantly governed by greedy, corrupt, self serving, money worshipping, self-appointed "elitists" who may or may not be practising paedophiles. I fear people will disregard conspiracies of all kinds no matter how much stronger their argument is than the officially given explanations. As a strong believer in the more solid conspiracies even after looking at it from both sides of the coin I can't help but see the world as I believe it is, if I see a politician is see a potential elitist, paedophilic, cult loving Ass**** up to his ears in organised crime or "Government" as we call it these days. Will their ever be a true movement, a large group of activists of some form looking to make a true change. We had anonymous and I have kept up with a lot of what they do but it never really made a dent in truth. I saw a lot of protests and people wearing masks but no true ripples in the pond of change (correct me if I am wrong). Maybe it is just simply down to a lack of support from the global population

These "conspiracies" show that there is corruption in the governing groups of the world. We know politicians lie and cover scandals or crimes to suit their own purposes. We know sexual abuse has been linked heavily to politicians throughout the past and only the naïve believe these things just fizzle out with time. So why are people so in love with them. Why do people defend them so much when they prove time and again they cant be trusted. Conspiracy theorists are alternative truth seekers in situations where the official explanations given don't add up; This alternative picture then becomes a conspiracy when the pieces are drawn slightly closer to give an ulterior outlook on said incident; This conspiracy then picks up support and becomes more solid as the puzzle begins to fill out and take form, created from hidden articles, statements, evidence and a lot of great research from individuals.

I hope I get to live to see the reaction of the sheeple masses when they are chipped, caged and unable to think clearly for themselves. When the people in charge don't have to listen to the people anymore as they are to big, to powerful to stop. Power that was freely given to them.

I literally wouldn't trust a politician with a teabag. Your not chipping me B*tch

posted on Feb, 26 2016 @ 04:23 PM
link
Good food for thought thanks for posting. You make some valid points. I for one have always believed that J.F.K was obviously a cover up (what initially made me suspicious is his wife's reaction when he gets shot). But, I don't know much about the Ben Franklin theory you mentioned. Mind giving me a link, if you have one handy?


Ever notice in the internet age how a legit conspiracy is brought up and all these obscure websites come up with some bat snip crazy conspiracy?

It makes anyone who questions the "Official Story" sound insane due to those dip snips that either believe or purposely post some of these things that are ridiculous.

Then take into consideration how the MSM uses the term "Conspiracy Theorist".

We as a society are spoon fed our opinions by the media. Anyone who questions it is automatically considered a nut job conspiracy theorist! Those that promote the talking points? Well you decide what to call them.......

Not Ben Franklin, The Franklin Cover-Up was about a paedophile ring in America attended by politicians and said to be headed by Larry King. I will link a thread I did on it with video and information. It is well worth watching though the quality isn't great as it was pulled from being aired and "all" of the copies recovered to keep it from being seen. Thanks for reading 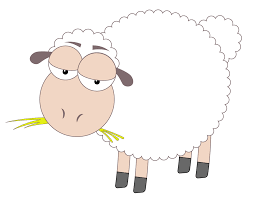 Sorry for the mix up, I'll check it out. Thanks

posted on Feb, 26 2016 @ 04:39 PM
link
Bringing up the reptiles is the conspiracy theorist's equivalent of "going full retard" 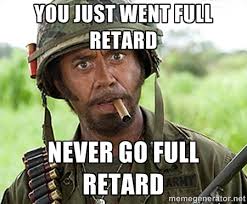 If that was aimed at me, I will quickly clarify I used the reptiles as an example of hurtful conspiracies not conspiracies I support.

posted on Feb, 26 2016 @ 04:47 PM
link
Like most aspects of life, the extremists ruin it for the normal people. The whole point in classified info, "state secrets", trade secrets, and secret meetings is that there are plans that the general public doesn't know about.

Unfortunately, media representation of "conspiracies" ignores most of these real conspiracies and focuses on the idiots who promote illogical crap like the flat earth crap, the 2012 Rapture, and Obama being a secret Muslim, Communist, Nazi Antichrist who's going to destroy Israel & start WW3 while bowing to every foreign country because he's actually a warmongering wuss.

Alex Jones is a tool of the elite to ridicule Conspiracies.

Exactly. Can't forget this gem, either.

Don't start me on the end of the world rubbish. Every year I browse Youtube and cry a little inside.

When so much corruption is constantly revealed, branding those who figured it out "insane" is the final and much-strained fastener holding the house of cards together. Once that comes loose, many will be exposed in the subsequent collapse.

It's basically the last thread to cling to as it all comes crumbling down.

posted on Feb, 26 2016 @ 04:56 PM
link
I think some people are just too scared to be able to realize facts when they see them, but as stated in this thread, peoples minds are more so influenced by tv. But with those recent polls saying Americans greatest fear is government corruption, it shows people, especially younger people, are wakening up at a much faster rate then the generation before them. This of course is because of the internet and how young people don't watch the news. Now you'll see things like Frances recent "attacks" on the spreading of conspiracies in schools because ones enlightenment or brainwashing begins early.

posted on Feb, 26 2016 @ 04:59 PM
link
I think we're considered 'crazy' because we relentlessly question everything. Myself, I think that's a good thing. For those of you indoctrinated raised into the U.S. mindset, the Constitution practically requires you to question your government. Perhaps, sometimes, in our zeal to uncover the truth, we dabble in ideas that are well outside the range of probability. Still..... what's the harm in questioning everything?

I think there is also this thing......... that many people don't really want to know about the graft, corruption, coverups and hidden knowledge of their governments. Some folk would rather float through their normal lives and embrace the news as spoon-fed through the controlled media. It's a belief system of sorts, and for some I think it provides comfort. When their belief system is challenged, the brave thing is to think and to question; the easy thing is to vilify and attempt to marginalize out-of-the-"norm" thinking and this is often accomplished by characterizing ALL CTers with respect to the extremes.

Extremes? Well those that vehemently endorse ideas that only a few support. If people try to cubbyhole ALL of us into that whackamole box, then 'they' can dismiss us as a whole, and return to the comfort of their world, safe in the illusion that they control their lives.

That's my moonbat opinion, anyway. Thank you all for having the sand to question.

I hope your right. The day the world wakes up will be magical.

posted on Feb, 26 2016 @ 05:01 PM
link
We are considered crazy because we say something about it. A lot of people are aware of this stuff but they know better than to challenge it or talk about it with people who might blab to others.

Don't raise a ruckus if you can't do anything about it has been consensus for a long time.

Remember the fresh Orange juice racket that was raised a while back? Did anyone actually check if it accomplished anything? The only thing I found was people believe someone did something to correct the issue.

They dangled a different carrot elsewhere and we ran towards that. Now the Trump/Hillary thing, what are they trying to cover up with them running for president. Our attention has been drawn as if to a chocolate bar in the rack by the register of the grocery store.

posted on Feb, 26 2016 @ 05:04 PM
link
Because for every one person with sound reason, logic, and evidence there is another person blithely ignoring evidence that disproves their "theory," or calls family members of deceased people to tell them they're liars and nobody died, or postulating that a certain politician is really a serial killer who was active when said politician was in diapers.

It ain't hard to figure it out.