I'm posting this not for intellectual stimulation and discussion, just for the pure energy of the time and place that's WELL captured in a ~new~ music video. This is for fun, but not so much about the music. There is apparently a documentary film that the bulk of the footage is borrowed from. It's mentioned at the end of the piece, it alone justifies a topic. I plan to check it out myself.

Again, just a weird time and energy that many of us experienced, but then forgot.

I give you Singularity...

posted on Feb, 25 2016 @ 10:36 PM
link
I think what the band is trying to convey, through the director, is to give an example of a modern political success story, that came about through a counter-culture movement. I use the term movement loosely, but it is an association of like-minded people...which fits the definition. These youthful people were VERY rebellious, especially by conservative German standards.

It's sort of an ideal for living, to excuse the pun, taken from 25 years ago and presented to a modern audience, and essentially idolized in the vid. 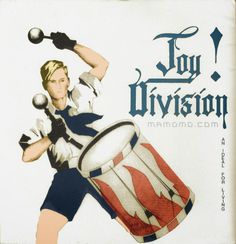 West Germany were my favorite football team of all time.

Have you watched the documentary yet?
That period of history fascinates me


Too late to watch now, but wow, what a reminder.