Election rigging has gone too far with Hillary Clinton

Hillary Clinton Has The Most Statistically Improbable Coin-Toss Luck Ever

That was a story from December 2012. Now, it looks like lingering effects could be haunting Clinton:

In a sane society, a person in Clinton's situation with her health history and recent signs of illness would be forced to get a thorough medical examination. And, the results would be made public.

But, it's all in the hands of the DNC, a private corporation that doesn't need to consider anything but its own interests. I think it's clear that the DNC has decided that it's in its best interest for Clinton to be its nominee.

Has the rigging gone too far yet? The DNC may send a very ill person to the presidency without any concern for what that could mean for the entire world...

It doesn't surprise me because I understand hive mind psychology, a little.

Hive Mind Psychology and the Rape of Europe
edit on 25-2-2016 by Profusion because: (no reason given)

They don't even pretend to be fair now.

I have to wonder what else is on the horizon.

I understand that what I'm about to write will make me sound like a "hater" and admittedly it will make it seem I'm "looking the other way" when convenient for me... But....

The modern day Democrats have been so over the top currupt when it comes to both rhetoric and election process that in a strange way, in a way I'm not proud of, I'm a little bit glad that Bernie folks are having the chance to see how it feels.

Overall, of course saddened that this presidential nomination cycle is incredibly currupt.... But maybe the silver lining is some Dems will start to appreciate what Repubs have been going through for the longest time and maybe, just maybe, some of them will pause before drinking the Kool Aid. 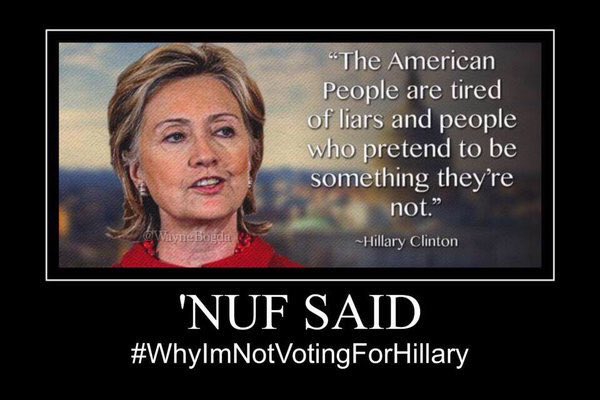 posted on Feb, 26 2016 @ 12:55 AM
link
It sucks for the Bernie fans I know. People put lots of time and effort into his campaign all for 6 fat ladys to tell 6 million people that their vote doesn't matter. The Bernie campaign reminds me of how Ron Paul vs mitt Romney was, Paul had thousands show up and Romney had none but Romney being establishment won.

The republicans changed their rule so the delegates have to abide by the popular vote, so why even bother having delegates, they need to axe that idea. Whats wrong with votes only ?

All I can say is think about giving Trump a shot, Alex Jones says he is the real deal outsider, I know he is full of crap but Hillary has a larger tank to hold crap and You guys cant let lobbyists elect another pawn. I don't think Trump can make anything great but I do think he has just as good of a chance or better than anyone else. Like the Mexican president said, Trump isn't a republican, he isn't a democrat, he is himself. What an insult LOL he forgot independent.

posted on Feb, 26 2016 @ 01:00 AM
link
The video above should be jawdropping but Im not at all surprised but it was hilarious, thanks

posted on Feb, 26 2016 @ 02:42 AM
link
Goes without saying she cannot be elected without cheating. She learned that when she ran the first time and lost, that she is undetectable in an honest non selected political dog and pony show.

originally posted by: Boscowashisnamo
a reply to: Profusion

I could make a case for why all US presidents have been related to British royalty by using factual evidence concerning world history, the history of America and Britain, the legal traditions in both countries, the belief systems of the elite in both countries, the unbelievable treachery that made it all possible, etc. I might do that sometime.

However, I think the answer to your question is one simple word: Nepotism. I agree with the following hypothesis, how about you?

Neponomics: How Nepotism Controls the World

And, family is so much more than just shared genetics...

The Godfather's World -- Your World

A true family is a group of people who invest in each other's skills and future. Within such a family, no person is expendable.

Throughout history, financial wealth has been organized around families. Many of the powerful institutions in our society, in fact, represent intergenerational pools of capital -- for example, the Bechtel Corporation, the Rockefeller Foundation, and the Glenmede Trust Company
The Godfather's World -- Your World

Perhaps we should be paying extra attention to her running mate (if she makes it to the general election) in case she has to step down.

I'm reminded in the worst way of 1973-74. It's always bothered me the way Ford became president. For both the vice-president and then the president to resign in less than a year of each other -- and less than two years of the election -- with a virtual unknown installed but not elected.


No , sir you are a realist. Never a truer post was posted on the issue. Of course everyone should have known it was Clinton all the way. I like Sanders but I feel the Democratic Party picked him just for Hillary to have a valid opponent.

posted on Feb, 26 2016 @ 02:52 PM
link
I agree with your assessment that Hillary Clinton has been rigging the election against Bernie Sanders, but I disagree with your health assessment. I think you are overreacting based on minor health issues that everyone has at some point in their life, hardly anything to make someone "too sick to assume office"