posted on Feb, 24 2016 @ 08:29 PM
link
OK, abolish paper cash, checks, debit, visa and mastercard. Make all banks, merchants and consumers use a system like debit with a pin or fingerprint only instead of a visa or MC logo it's a federal reserve bank or u.s. mint logo on the card. Visa charges 3% right now so charge just 1% on almost all transactions instead. It would also get rid of drugs to some degree, illegal immigration, human trafficking, prostitution, gambling, tax evasion and generate an estimated 1.45 trillion in year taxes. Only downside it would put the credit card companies out of business, maybe they could do fraud detection. It's an invisible tax because since credit card fees went down prices would go down. There you have it, how to pay for single payer healthcare with a net lowering of taxes.
edit on 24-2-2016 by SpecialSauce because: (no reason given)

I like paper cash. So no, not a good idea.

Well how much do card transactions amount to these days ?

See if the percentages adds up to the cost of Medicare for all.

EVERY program that government has ever touched has failed.

From student loans to the housing bubble to health care costs and quality. Even if one of their programs works for a short time, it ultimately fails.

Social InSecurity is another example, as of 2010, it went bankrupt, paying out more than it took in, officially making it a ponzi scheme. 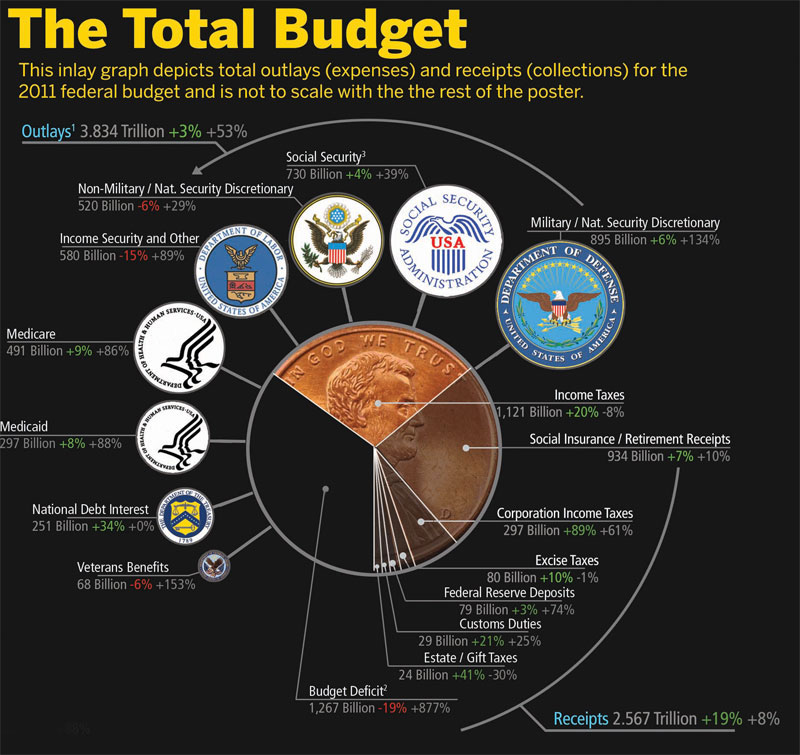 Its financially impossible for the government via our taxes and borrowing to subsidize health care for EVERY American.

It cannot work and even if it somehow got implemented, you can be guaranteed that costs would continue to skyrocket and the quality of care would continue to decline. Health care rationing would be the end result.

The solution is two part. End the Federal Reserve so we can regain the strength of our dollar. Allow the free market to do its job.

Ron Paul has spoken at length about health care before government got involved. It was cheap and the care was excellent. No one was ever turned away because the costs were so low.

Ratigan touches on it in this video. They did not address the monopolistic nature of the health care companies primarily because Obamacare was a bailout FOR the health care companies. It forces every American to buy a service guaranteeing them more money and profits.
Somehow the Supreme Circus of the United States upheld this insanity. But then again, what do we expect, its the Supreme Court. They once ruled that Black people were property via the Dred Scott decision.