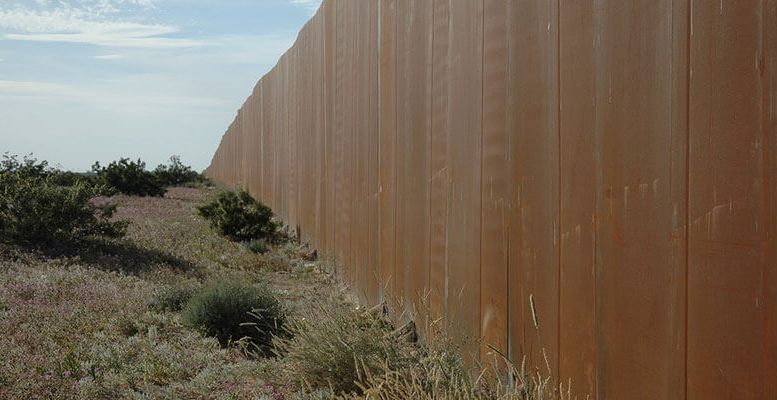 “We’re going to do the wall,” Donald Trump told a cheering crowd of supporters in a victory speech following the South Carolina Republican primary. He was reiterating his fanciful promise to wall off the entire U.S.-Mexico border — and force Mexico to pay for it.

Never mind whether even Trump believes there’s a chance this cornerstone of his stump speech will happen. It’s the thinking behind it that’s majorly flawed.

This simplistic, right-wing logic turns the victims of social problems into the perpetrators. It seeks to inflict punishment even when it won’t fix anything.

Take, for example, the issue of undocumented immigration.

To Trump and his supporters, the problem is the people who cross the U.S.-Mexico border without papers. The solution is a wall. The end result, they say, will be more jobs for Americans.

Sorry, it’s not that simple.

First of all, Mexicans make up a little under half of undocumented immigrants — a number that’s actually declining. More Mexicans are leaving the United States than entering these days.

Second, two out of five undocumented immigrants came here legally as visitors and thenoverstayed their visas. A wall won’t keep them out.

Finally, consider the jobs that undocumented workers do: They’re farmworkers, slaughterhouse workers, dishwashers, house cleaners, landscapers, and so on.

For each low-wage, exploitative job, there are winners and losers.

The loser is often the immigrant doing backbreaking work for below minimum wage and without legally required labor protections. The winners are those who profit: employers, their shareholders, and consumers who buy cheap goods produced by workers paid low wages.

If you eat food in this country — unless you grow it yourself or you’re on a first-name basis with the farmer who does — you’ve personally benefited from undocumented immigrant labor.

Americans pay a lower share of our disposable income for food than any other nation on earth. One reason for that is the exploitation of undocumented labor on farms and in slaughterhouses.

In fact, when Georgia and Alabama enacted strict anti-immigrant measures a few years ago, farmers in both states ended up with crops rotting in their fields because there was no one to harvest them. Georgia turned to prison labor to fill the labor gap left by immigrants.

In other words, when undocumented labor was out of the picture, legal U.S. residents were unwilling to voluntarily take the farm jobs that were left vacant. Not for the working conditions and the wages being offered.

Is there a problem here? You bet. Will a wall fix it? Not a chance. And is the cause of the problem undocumented immigrants? Hardly.

Undocumented immigrants are simply pawns in a larger system. We all are. Like everyone else, they’re looking for jobs so they can raise their families and improve their lives.

Why do they come here illegally? For one thing, our immigration laws are fundamentally unrealistic. For Mexicans, coming to the United States legally can mean waiting for upwards of 20 years.

Moreover, Trump’s “plan” (if you can call it that) won’t address what’s driving people out of Mexico itself, such as historically high rates of murder, extortion, kidnapping, and other crimes tied to drug trafficking.

Maybe. But we can’t do any of that with a wall.

Disinfo.com is AboveTopSecret.com's "sister" site dealing with a broad range of issues related to disinformation, misinformation, and missing information in the media; as well as many of the "alternative topics" discussed on ATS. We provide this Disinfo.com article as-is because we believe it will spark additional interesting and valuable discussion here on ATS.
edit on 24-2-2016 by ATSmediaPRO because: (no reason given)

Why deal with a problem when you can stick your fingers in your ears? This is politics not common sense !

posted on Feb, 24 2016 @ 04:30 PM
link
I don't necessarily disagree with the premise of this particular Disinfo post, but it does seem as though they're pushing an agenda and using ATS as a sounding board for it.

Big picture, I don't own the place, and if that's the way the site owners want to push things, so be it.

Meanwhile, I won't be clicking any more Disinfo threads. I've given them a chance, but I'm not interested in a third party outfit with an obvious agenda, " Right" or "Left".

originally posted by: NthOther
Wow, another leftist hit piece from Disinfo. This is me, impressed:

Yeah, I finally checked it out when they ran the LesMis post without attribution. 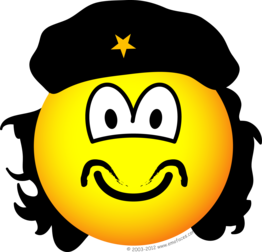 I know they're recruiting ATS writers, of which Les is one of the best. Maybe he has an agreement with them or something?

The les mis was attributed properly. There were however other's that were not. That has since been corrected.

Ummm...lesMisanthrope was pissed...he said he's done with this site after how he was treated over there...I certainly hope not...I really enjoy his threads...even when I'm disagreeing with him...

The les mis was attributed properly. There were however other's that were not. That has since been corrected.

I just went and looked at it again and I can't find any.

Where does Les get credit? It says "Posted by: AboveTopSecret", which takes you to a page full of other unaccredited posts from ATS.

There is already a discussion for the attritubtion topic here. Please add further comments to that thread.

All the good topics over there came from here.

They must be targeting a certain demographic to sign up on the site, because all we get over here is humanist propaganda.

I'm not necessarily a Trump fan, but notice how none of Trump's points regarding the immigration reform, the wall, and making Mexico pay for it, are touched upon in this piece.

Here we are told illegal immigrants (the euphemism used is "undocumented") are rather vicitms. Too Orwellian to go into further.

Make Mexico Pay For The Wall

For many years, Mexico’s leaders have been taking advantage of the United States by using illegal immigration to export the crime and poverty in their own country (as well as in other Latin American countries). They have even published pamphlets on how to illegally immigrate to the United States. The costs for the United States have been extraordinary: U.S. taxpayers have been asked to pick up hundreds of billions in healthcare costs, housing costs, education costs, welfare costs, etc. Indeed, the annual cost of free tax credits alone paid to illegal immigrants quadrupled to $4.2 billion in 2011. The effects on jobseekers have also been disastrous, and black Americans have been particularly harmed.

The impact in terms of crime has been tragic. In recent weeks, the headlines have been covered with cases of criminals who crossed our border illegally only to go on to commit horrific crimes against Americans. Most recently, an illegal immigrant from Mexico, with a long arrest record, is charged with breaking into a 64 year-old woman’s home, crushing her skull and eye sockets with a hammer, raping her, and murdering her. The Police Chief in Santa Maria says the “blood trail” leads straight to Washington.

In 2011, the Government Accountability Office found that there were a shocking 3 million arrests attached to the incarcerated alien population, including tens of thousands of violent beatings, rapes and murders.

Meanwhile, Mexico continues to make billions on not only our bad trade deals but also relies heavily on the billions of dollars in remittances sent from illegal immigrants in the United States back to Mexico ($22 billion in 2013 alone).

In short, the Mexican government has taken the United States to the cleaners. They are responsible for this problem, and they must help pay to clean it up.

The cost of building a permanent border wall pales mightily in comparison to what American taxpayers spend every single year on dealing with the fallout of illegal immigration on their communities, schools and unemployment offices.

I wish the writers would come here and defend their arguments at least.

Why would they when some of the members are being extremely rude?

posted on Feb, 24 2016 @ 06:30 PM
link
The Donald better make tall ladders illegal in Mexico while he's at it. He truly is an idiot if he thinks a friggin wall is going to solve any problems. If someone wants to get here bad enough, they will. The immigration issue here is the least of our worries, imo.

We should all just self flagellate...right...?

WRONG...apparently you didn't bother to read how they were treating Les Misanthrope over on that site...but that's all good...right...?
Cause we all...get...that Les leans a tad right...and the owners of this site and apparently that one over there lean....WAY left...which is fine...it's all good...if that's what your pushing for then by all means...have a nice day...

I see a rather low wall and a lot of dirt.

All a group of determined 'common sense' people need are shovels, to either dig under it or build a ramp to go over it.

Walls are not the answer. The best way forward is to help Mexico's economy towards equal opportunity for its citizens. It might take a few years to get it there, but its not impossible.