DisinfoReview: We have nothing to do with Ukraine; and we will always rule Ukraine! 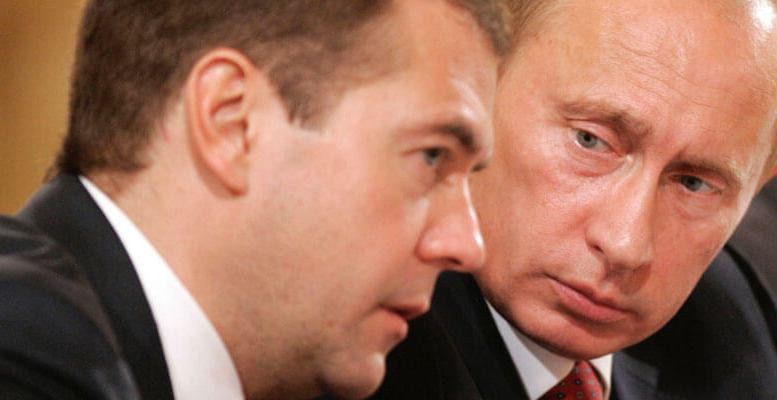 Ukraine has been constantly present in the pro-Kremlin disinformation campaign in the past two years. In the past weeks it has sometimes been overshadowed, by warnings of imminent war by strong accusations against Turkey; by the refugee crisis; and by criticism of Germany and Chancellor Angela Merkel. But this week, Ukraine is back as the top issue for those who spread disinformation.

For example, this week we saw a lot of older disinformation repeated about the alleged nazi coup in Ukraine, supported by the USA and the EU. We saw another old favourite return, about Ukraine being part of Russia (and Ukrainians being Russians), in several cases amplified even to state that Ukraine has no right to exist as an independent state and that Russia will always decide what Ukraine’s foreign policy should be (according to Vladimir Zhirinovsky, Russia should also decide the foreign policy of EU Member States Estonia, Latvia and Lithuania.

At the same time,in the very same outlets and TV shows, you can also hear and see the exact opposite: that Russia has nothing to do with Ukrainian matters; that Vladimir Putin has not been involved in anything that happened in Ukraine over the past two years; and that Russia has nothing to do with the Minsk agreements (as claimed, for example, in Prime Minister Dmitry Medvedev’s speech during Dmitry Kiselyov’s show.

Even the new messages fit into the overall strategic message that Ukraine is an evil state plotting against Russia, or that it is a failed state and only Russia can save it. Thus, our network reported about the story that the Ukrainian secret services are turning young Russians into drug addicts that Kyiv plans to disrupt the Dutch referendum about the EU-Ukraine deal and that 67 people died during demonstrations commemorating the second anniversary of Maidan – in fact recycling a story that’s two years old).

Everybody wants to fight Russia – again
In several cases, the issue of Ukraine was interconnected with another major recent focus of pro-Kremlin disinformation campaigns – the threat of war (nuclear war, World War III, or “just” a war between Russia and NATO / EU / Turkey / etc.). Already last week we reported the disinformation that in the coming days, Ukraine plans to announce a war against Russia. As it did not happen in the meantime, pro-Kremlin outlets recycled the same disinformation. Another outlet claimed that Ukraine is being turned into a body similar to ISIS.

The subject of war is also spreading beyond solely the Russian language media. In recent days, Hungarian and Czech pro-Kremlin outlets repeated the same message that has been present in Russian language media during most of February, in the second case also delivering the popular story that it is always the US which is to blame for any military conflict.

No matter the facts – Russia is helping Syrian people
Following the same pattern as in Ukraine, pro-Kremlin outlets cover Syria by saying that there is no proof of any wrong-doing by the Russian army. Dmitry Kiselyov repeated that no one has yet confirmed the inaccuracy of Russian attacks in Syria, and that thanks to Russia´s intervention, the flow of Syrian refugees is decreasing.

You will see some articles debunking this claim in the table, but one of them deserves highlighting: this Bellingcat-like open source investigation regarding official Russian claims about bombing in Syria, made by Conflict Intelligence Team.

Syria is a "would be" central point for natural gas to Europe (through Turkey).

Russia's vested interests are best protected by perpetual war and chaos in the Syria/Iraq region along with some control in Ukraine.

Iran wants a pipeline thru Syria.

Qatar/Saudi Arabia want one thru Syria.

Russia is doing the same things other countries are doing. Now it looks like "look at them, they are ebil!"

Propaganda is propaganda, no matter the country of origin. In these issues, right vs wrong takes a back seat to geopolitics.

posted on Feb, 23 2016 @ 01:55 PM
link
There is a battle for our minds no doubt .Interests flying left right and centre . Russia has turned a asset to the west (Ukraine) into a liability and becoming a hot potato that is going to be very difficult for the west to deal with .Micheal Hudson on guns and butter ...


The Guns and Butter Interview

Suppose a country owes money to another nation’s government or official agency. How can creditors collect, unless there’s an international court and an enforcement system? The IMF and the World Bank were part of that enforcement system and now they’re saying: ‘We’re not going to be part of that anymore. We’re only working for the U.S. State Department and Pentagon. If the Pentagon tells the IMF it’s okay that a country doesn’t have to pay Russia or China, then now they don’t have to pay, as far as the IMF is concerned.’ That breaks up the global order that was created after World War II. The world is being split into two halves: the U.S. dollar orbit, and countries that the U.S. cannot control and whose officials are not on the U.S. payroll, so to speak.

DISINFO...is right...and it's all that seems to be peddled here...

...OR this is really some sort of elaborate quiz...

...and we're tested... to see how much outright Disinfo ATS is willing to eat?

Seriously though...I'm so damned sick of all of this mess...I took the Oath three times because I was a fool...what a completely gullible fool I was...I never thought that I would grow to hate my former employer the US Government...I never thought I would feel so hopelessly impotent to affect any kind of change...Another thing I think I've come to hate is being here...having any sort of open mindedness...I should have never come here...should have never searched for answers because all it led to was this moment...this questioning moment...

I also never thought that I would ever fall into this pessimism...I've always practiced optimism and never let hatred be a part of me...but I hate my Government...I hate the perversion it's become...I hate the things I've learned and the lives ended because they had no meaning to the psychopaths that prosecute and author these senseless wars...these illogical policies...
I also hate the boot lickers and the ones wearing the boots...I hate them because there stood I...There I stood in formations...marching to the beat of that drum...

Go ahead Mods...delete this off topic post...It doesn't matter...No amount of talent or voice or turn of phrase will ever matter...
The grand experiment of ATS helped to open my eyes and mind...I only wish that I were back there...back on that day that I first started to question...that I might choose another direction...that I might still be back there in my comfortable ignorance that kept me free from knowing...