posted on Feb, 23 2016 @ 11:05 AM
link
It turns out that after due consideration that the Meso-American and Mesopotamian traditions both held that their sacred Cosmological axis were rooted at exactly the same within the Cosmos at the inter-section point of the ecliptic and Galactic planes at Scorpio, if you remember all the deliberations with regards to the Maya calculating there great ages fixed upon that point, the location of the dark rift in the Milky Way.

I don't really want to go over all that again here because i want to focus upon the particular star that governs that region, Antares, because as that is the point from which the sacred tree was held to draw water, the deep underground source of the Milky Way, then in effect Antares acts as an infusion into that root system which would extend throughout the sacred tree, an influence, but of what...? 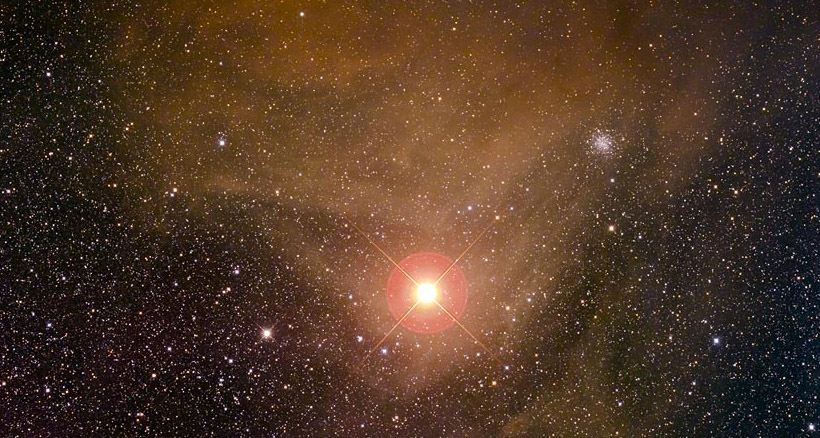 As the 3rd brightest star in the skies mythology informs us that Antares is the heart of the Scorpion, it is also possible to put a name to that star in terms of early Mesopotamian tradition, Ishara, which literally translates as to bind, including and perhaps especially so in the magical sense, we can take it then that the principle of Ishara is what binds the whole Cosmic axis together, the word religion also has the same literal translation albeit in Latin, the basic functions of the Goddess Ishara were understood as;

Išhara is both illness- and cure-bestowed goddess; it also seems that a number of attributes such as underground, plant, mountain, river, spring, queen of oath, sexuality, propagation, cursing, and making purification from the harmful things are given to this goddess.

The statue of Išḫara in the city Nerissa had the form of a girl and it was decorated with garments, gold and silver As a goddess of Love and sexuality Išḫara belongs to the group of young goddesses, and therefore she bears the Hurrian epithet šiduru = girl.

Ishara not so easy to understand then but she was very important across a very wide region, a principle Goddess at Ebla which is sort of Proto-Hebraic culture, Ishara was the basis for Asherah and her association with the tree of life in that region, in Mesopotamia she was a daughter of Enlil.

Išhara also relates with Ašhara , related with the “Ancient Gods” and the “Underground gods”; Briefly, the evidence points out that Goddess Išhara originated in Mesopotamia; that the cult of goddess firstly appeared in Northern Syria and Kizzuwatna; that Hittites transfered the cult of goddess Išhara from Northern Syria and Mesopotamia by means of Hurrians;

In her primary function of binding she was the Goddess of Love, but it was also the case that she bound even the ancient underground Gods of Chaos to the present scheme of things, maintaining a somewhat uneasy relationship, the present drawing upon the past, as the Queen of Oaths if the principles of binding were disrespected then there was no curse greater than that of Ishar; 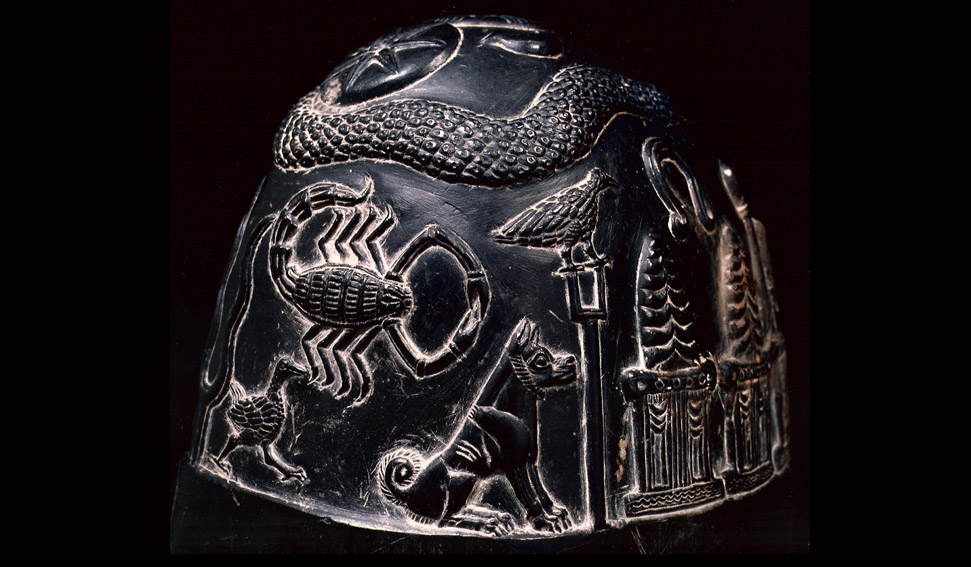 Išhara, the gods of divine oath, malediction and death! Every god is hungry and thirsty. Come here, eat and drink! And accompany me!
The entire badness, be purified from the house and the town; dirtiness, murder, perjury, sin, malediction.be tied to the hands and feet, and be pulled to the underground!” You, the Underground gods! Look, your tribute is given. Now receive this sacrifice!

Now he sprinkled water to the fire And he said them like that: As this burning fire is extinguished, the persons who broke the oath also these oaths should catch like that and his life, his youthful energy, his safety, totally his woman and sons, they should eradicate and the oath gods should curse him dreadfully

So there was much cursing done in the name of Ishara against those who had broken oaths but there were other mysterious aspects also such as the herb called Sim.Ishara 'aromatic of the Goddess Ishara,' which is equated with the Akkadian qunnabu, 'cannabis,', the roots tradition very much relating to Scorpio, in the Indian lunar mansions lambda upsilon Scorpii, alias "the root", and Antares, "the eldest".

The principle of Ishara should indeed be perhaps considered as so deep rooted that it describes the quantum at the Cosmological level, the first premise of the tree of life is the establishment of the field and organic compounds to begin to grow a tree of life within, she would be expected to be operative at that level, making sure all the atoms developed loving stable relationships.

In Egypt the scorpion Goddess as Selket was primarily associated with the giving and taking of breath, in essence life, as well as a general all round fertility Goddess and conduit through the Afterlife.

I've always been somewhat fascinated by Antares and the systems around it. Not sure why...

Here are 2 of my favorite pics: 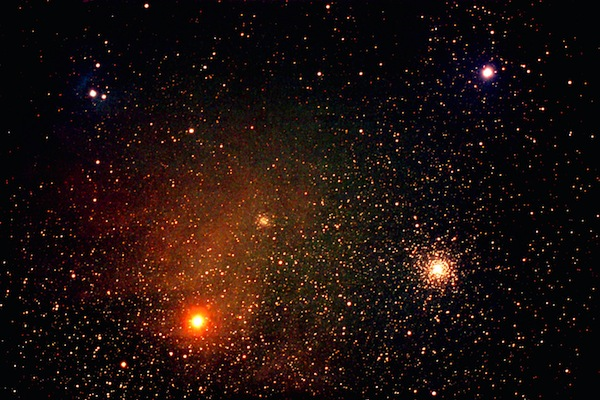 And Antares with it's companion star - Antares B: 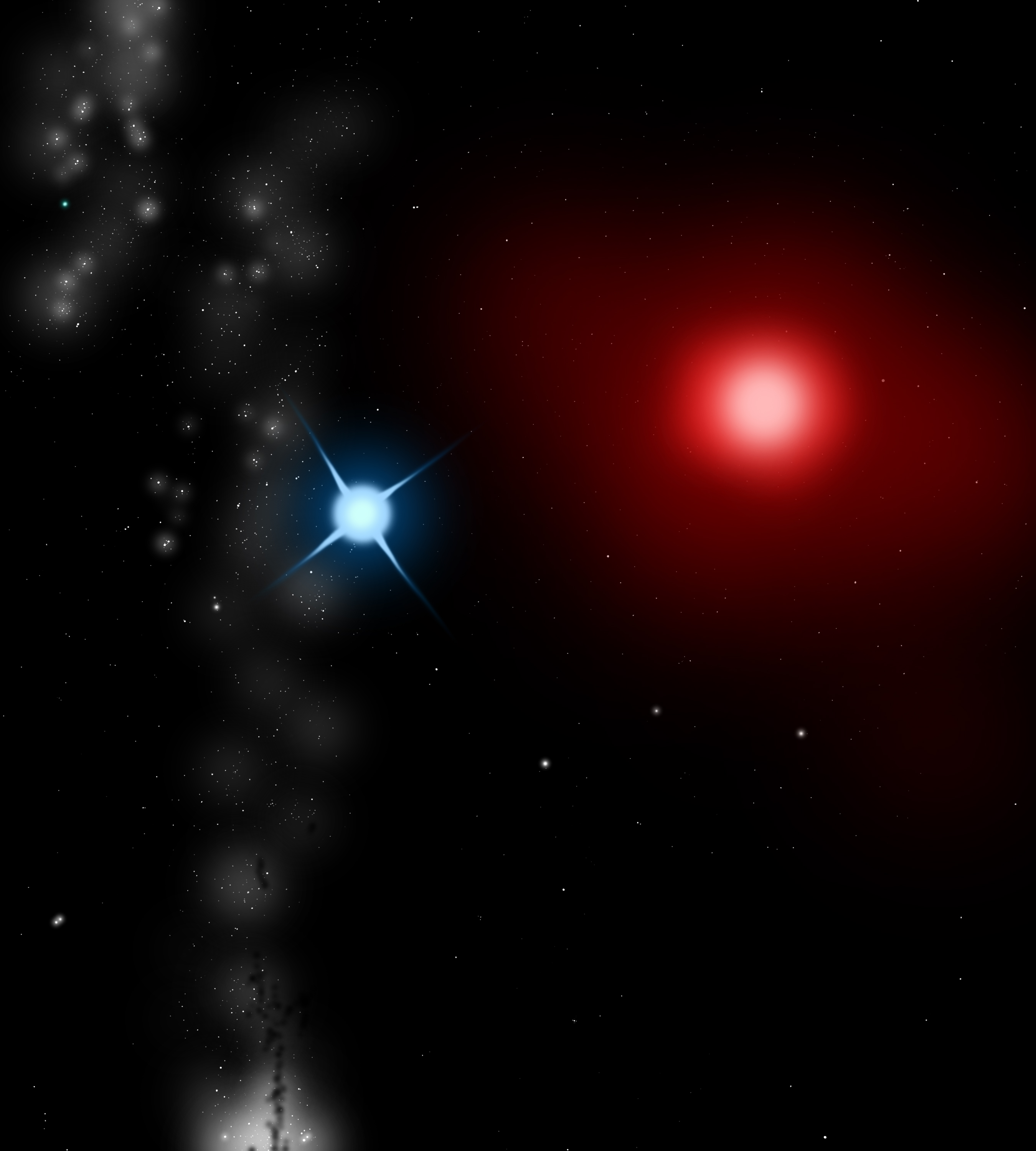 That is interesting because the Goddess Ishara as Antares was often mentioned twinned to another Goddess Allani,

It is generally supposed that Allani firstly appeared in Mesopotamia in the Late Sumerian Period, and is of a Hurrian origin18. In another ritual performed by Ammihatna, the priest of Goddess Išhara, this goddess is concerned with Allani again. In a Hurrian literary text20, Išhara is mentioned near Allani once again; the goddess took a scene in Ebla in this context;

It's considered Allani was an Underworld Goddess perhaps most closely related to that of Ereskigal, the name simply means the Mistress

This is one of my favorite threads on ATS... something I knew absolutely nothing about, but has "swept me off my feet" metaphorically.

You put a lot of work and research into this. Thanks so much for sharing - I love ancient civilizations, history, astrology, mythology, this story just touches on so many fantastic subjects.

Thanks, there is a hugely significant principle involved here, that which binds all life, an Aztec equivalent of Ishara was

For the Aztecs,Chalchiuhticue was the water goddess who was a personification of youthful beauty and ardor. She was represented as a river from which grew a prickly pear cactus laden with fruit, symbolizing the human heart.

Chalchiutlicue's association with both water and fertility is derived from the Aztecs' common association of the womb with waters. This dual role gave her both life-giving and a life-ending role in Aztec mythology In the Aztec creation myth of the Five Suns, Chalchiuhtlicue presided over the fourth sun, or creation, in her aspect as goddess of streams and standing water. This world—in the mythology, the world preceding the current (fifth) one—was destroyed by a great flood and its people transformed into fish 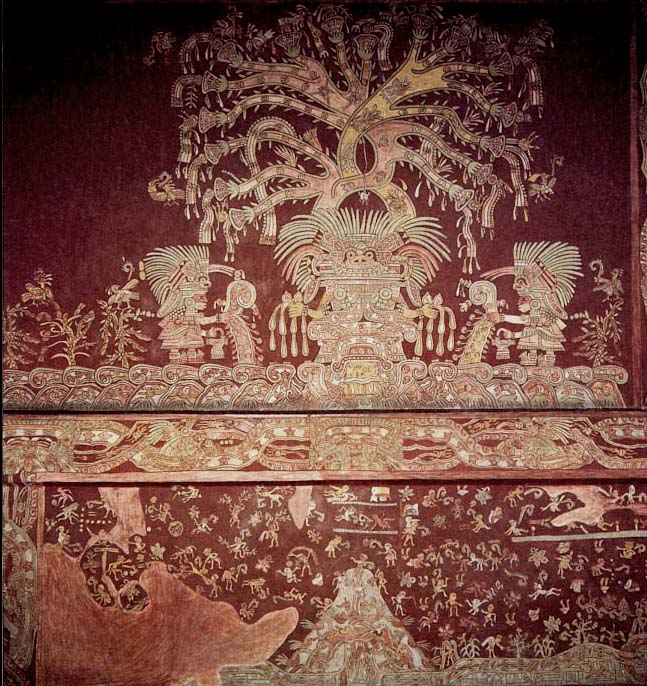 In terms of the sacred tree it's a question of were they draw the water source from with regards to the Milky Way and Antares, Ishara was also a Goddess of the mountain of the sacred river.

I have nothing useful to add or ask, just praise for the great OP and thank you for posting it!

posted on Feb, 24 2016 @ 05:37 AM
link
I forgot to give a mention to the mysterious bathing cults of the Middle Ages as illustrated in the Voynich manuscript, they must have been seen as drawing their underground sourced mineral infused waters from Antares in the symbolic sense, Pegasus can be seen above the bathers just were it should be, so bathing in the waters of Love... 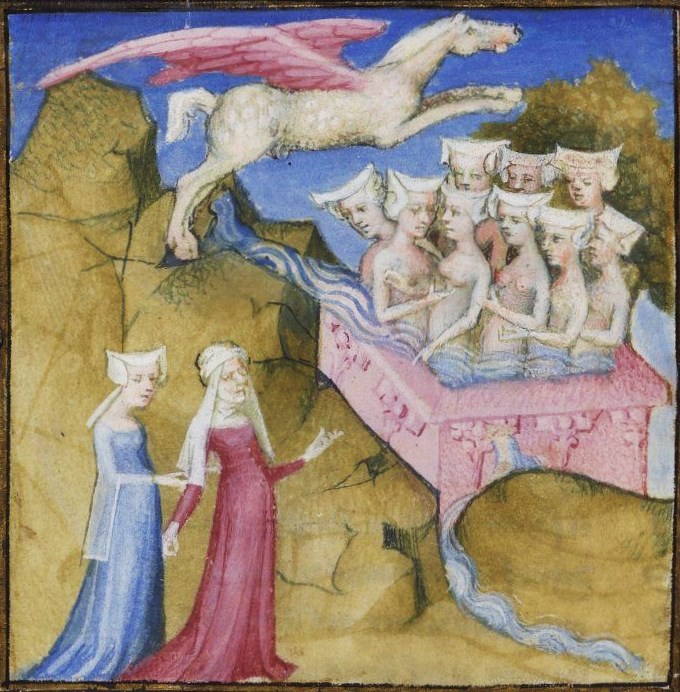 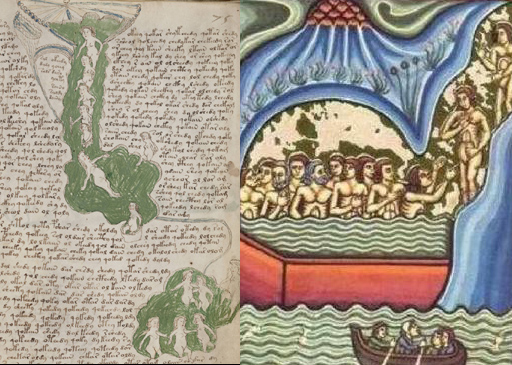 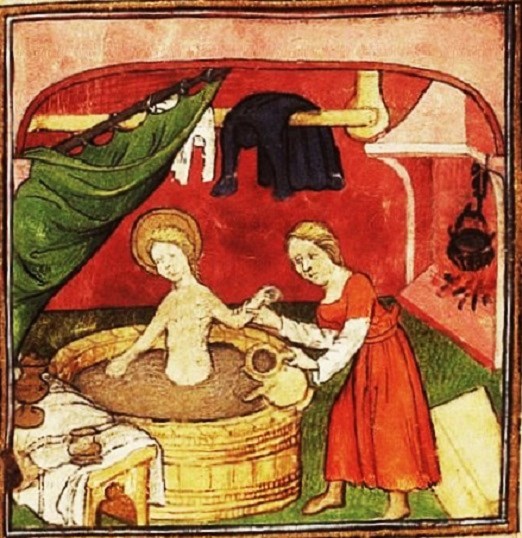 A great cult of Ishara but only for red haired women, though they did add tincture. 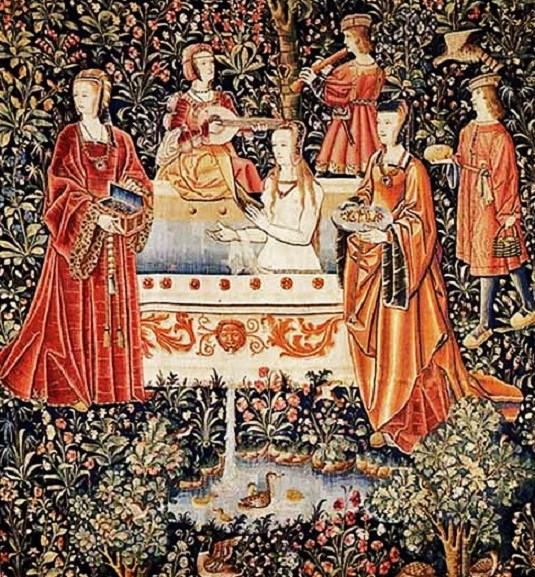